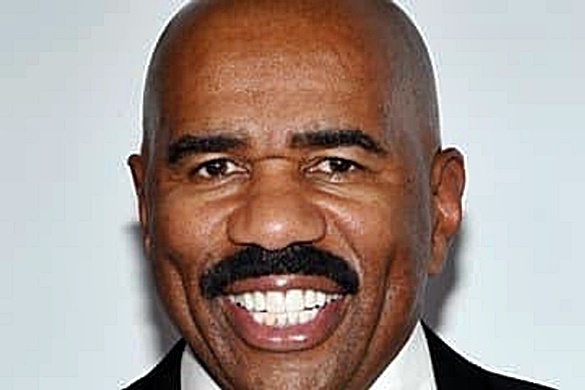 My lovely wife (BUY Coffee – Make MONEY) sent me an email to me I suspected was chain email. The chain purports to be from Comedian/Game Show host Steve Harvey expressing why Americans are supportive of President Donald Trump.

Typically I abhor passing along chain emails these days that seem to have a home on Facebook. So I checked up on the validity of the Harvey authorship. I was not surprised that all the Left-Wing (therefore unreliable pertaining to all things Conservative) Fact-Checking websites list as FALSE for Steve Harvey being the author.

On the other hand I can see how the Chain Email started with someone putting Harvey’s name to it. Back in January 2017 just before Trump’s Inauguration as President, Steve Harvey had a meeting with Trump at the Trump Tower to discuss Housing for low income inner city folks. Harvey walked away with positive feedback. BUT Harvey received such BLACKlash over the meeting, he publicly walked back any tone of Trump support just prior to the 2018 midterm elections.

BUT I GOT TO TELL YA, the chain email expresses perfectly why enough Americans voted for Trump in 2016 to get the Electoral College (reflective of Middle America rather than the Left-Coast or the North-Eastern States) to secure a Trump victory. I suspect the Dems being exposed more everyday as LIARS relating the fictional Steele Dossier utilized to begin the Mueller team witch hunt will be reelected by Middle America as President.

AND SO, I cross post this chain email not as something from Steve Harvey, but rather something from HONEST AMERICANS weary of corrupt Left-Wing government.

HOW I FEEL ABOUT TRUMP

You’ve been on vacation for two weeks, you come home, and your basement is infested with raccoons.. Hundreds of rabid, messy, mean raccoons have overtaken your basemen. You want them gone immediately!.. You call the city and 4 different exterminators, but nobody can handle the job. But there is this one guy, and he guarantees to get rid of them, so you hire him.

Here’s why we want Trump: Yes, he’s a bit of a jerk; Yes, he’s an egomaniac; but we don’t care! The country is a mess because politicians suck, the Republicans and Democrats can be two-faced and gutless, and illegals are everywhere. We want it all fixed!

This country became weak and bankrupt, our enemies were making fun of us, we are being invaded by illegals, we are becoming a nation of victims where every Tom, Ricardo, and Hasid is a special group with special rights to a point where we don’t even recognize the country we were born and raised in; “AND WE JUST WANT IT FIXED”.

And Trump is the only guy who seems to understand what the people want.

We all know that he has been very successful, he’s a good negotiator, he has built a lot of things, and he’s also NOT a politician, NOT a cowardly politician!

And he says he’ll fix it. And we believe him because he is too much of an egotist to be proven wrong, or looked at and called a liar. Also, we don’t care if the guy has bad hair. We just want those raccoons gone, out of our house, NOW!!!

You are welcome to copy/paste/share this [But dear God in Heaven, don’t send it as a chain email from Steve Harvey]. Thousands of people who haven’t voted in 25 years seem to be getting involved. And the more people get this message, the more that will understand why Trump was elected. The raccoons have got to go!!!

Not Harvey, BUT Reflective of Honest Americans

Support this Blog HERE. Or support by getting in the Coffee from home business – OR just buy some healthy coffee.

HOW I FEEL ABOUT TRUMP

A chain email that may have been in many forms by now.

2 thoughts on “Not Harvey, BUT Reflective of Honest Americans”