Yurki1000 doesn’t always leave comments appropriate to the post. Even so, those comments are either informative or amusing. A few days ago Yurki left a comment to “The Democratic Party Endangers America’s Cultural Heritage” post on my NCCR blog. Yurki’s comment had nothing to do with America’s cultural heritage, but was an amusing and correct criticism of Germany’s Chancellor Angela Merkel. To understand Yurki’s European heritage concerns, he is Finnish.

Let’s see if you agree.

Could it be Merkel on Hitler’s lap

– In a speech at the Paris Peace Forum (on Nov. 11, 2018) that was held to observe the 100th anniversary of the end of WW I, German Chancellor Angela Merkel attacked “nationalism” and “destructive isolationism.”

She was clearly attacking Pres. Trump and his “America First” policies.

She said, “We know that most of the challenges and threats of today can no longer be solved by one nation alone (by the U.S.), but only if we act together (as a world government). That’s why we have to stand up for this kind of collaboration” (why we have to oppose Pres. Trump’s “America First” policies).

She added, “Close international cooperation (globalism) on the basis of shared values (one-world religion) that are enshrined in the UN charters (included in the UN documents): This is the only way to overcome the horrors of the past and pave a new future” (their New Universal Agenda).

Also, in Nov. 2018, it was reported that the UN Human Rights Committee has drafted a memo that calls for abortion to be made a human right and all laws that oppose abortion to be declared illegal all over the world (global laws that supersede national laws). –

– Angela Merkel was embarrassed when newspapers all over Europe published photos of her marching and smiling in the uniform of East Germany’s Young Communist Movement as a teenager. –

– Few people know that one of the main instigators of the process of European integration, was a man who also conceived the genocide of the peoples of Europe. He was a sinister individual whose existence is unknown to the masses of our people, but the political elites consider him as the founder of the European Union. His name is Richard von Coudenhove Kalergi (1894-1972). His father was an Austrian diplomat named Heinrich von Coudenhove-Kalergi (with connections to the Byzantine family of the Kallergis), and his mother the Japanese Mitsu Aoyama.

Thanks to his close contacts with European aristocrats and politicians, and due to the network of relationships created by his nobleman-diplomat father, Richard von Coudenhove-Kalergi was able to work unseen, away from the glare of publicity, and he managed to engage the co-operation of the most influential heads of state for his plan, making them supporters and collaborators for his “project of European integration”.

In 1922 he founded the “Pan-European” movement in Vienna, which aimed to create a New World Order, based on a federation of nations led by the United States. European integration would be just the first step in creating a world government. His earliest supporters included Czech politicians Tomáš Masaryk and Edvard Beneš, and the German Jewish banker Max Warburg, who invested the first 60,000 marks. The Austrian Chancellor Ignaz Seipel and the next president of Austria, Karl Renner, took early responsibility for leading the “Pan-European” movement and later, French politicians, such as Léon Blum, Aristide Briand, Alcide De Gasperi etc., offered their help.

With the rise of Fascism in Europe during the 1930s, the project of European integration was abandoned and the “Pan-European” movement was forced to dissolve. However, after the Second World War, and thanks to frantic and tireless activity and the support of Winston Churchill, the Jewish Masonic Lodge B’nai B’rith and major newspapers like the New York Times, Kalergi managed to gain acceptance for his plan by the United States Government and later the CIA became involved in driving the plan towards completion. –

THE UNITED STATES OF EUROPE

– It was always the aim of the European project, from its very inception in 1951 with the Treaty of Paris, signed on 18th April 1951 between Belgium, Luxembourg, the Netherlands, France, Italy and West Germany to established the European Coal and Steel Community (ECSC) (which is traditionally regarded as the foundation of the EU because it led to political and economic integration to a certain degree in western Europe as well as providing the basis for the modern EU) and the March 25th 1957 signing of the Treaty of Rome to establish a fully integrated federal superstate called the United States of Europe in which the concept of individual national sovereignty for each member state is complexly destroyed and Europe becomes a single , centralised political entity ruled from Brussels. Ted Heath knew this full well when he conned the UK public into voting for entry into the then European Economic Community, supposedly just a free trading bloc and nothing else. He had been briefed by the Civil Service that membership would entail the eventual complete loss of the UK’s sovereignty and our eventual absorption into a European superstate. We were sold the European project on a tissue of lies (note well please, Anna Soubry.)

This deception continued in subsequent decades with politicians of all parties and political shades signing the UK up to various stages of integration into the EU. –

Let’s not forget. We live in a fallen World. THEY (The Hierarchy Enslaving You) work for satan. They control INFORMATION.

Is there hope? Yes.

If You Believe You Will Be Saved

10 Brothers and sisters, my heart’s desire and prayer to God on behalf of the Jewish people is that they would be saved. 2 I can assure you that they are deeply devoted to God, but they are misguided. 3 They don’t understand how to receive God’s approval. So they try to set up their own way to get it, and they have not accepted God’s way for receiving his approval. 4 Christ is the fulfillment of Moses’ Teachings so that everyone who has faith may receive God’s approval.

8 However, what else does it say? “This message is near you. It’s in your mouth and in your heart.” This is the message of faith that we spread. 9 If you declare that Yeshua is Lord, and believe that God brought him back to life, you will be saved. 10 By believing you receive God’s approval, and by declaring your faith you are saved. 11 Scripture says, “Whoever believes in him will not be ashamed.”

12 There is no difference between Jews and Greeks. They all have the same Lord, who gives his riches to everyone who calls on him. 13 So then, “Whoever calls on the name of the Lord will be saved.”

16 But not everyone has believed the Good News.

Isaiah asks, “Lord, who has believed our message?” 17 So faith comes from hearing the message, and the message that is heard is what Christ spoke.

Two commenters had an interesting line of thought to the post on NCCR entitled “Obama-Rhodes: America’s Eminent Future?” My train of thought was that Barack Obama teamed up with Left Wing propagandist Ben Rhodes to manipulate American voters and Congress with deceptive lies much like the Hitler/Goebbels team bent the will of the German people to follow the madness of Nazism.

Commenters futuret and yurki1000 chose the thought that ultimately the evil Left are actually influenced by the incorporeal dark forces of Satan. I know that rubs the rational political mind the wrong way; nonetheless, I also subscribe that the evil of the Adversary (aka Satan) tries do all he can to kill, steal and destroy everything created by God Almighty since Lucifer was booted from Heaven and became the warped creature Satan in rebellion to God Almighty.

So here are those edited comments molded into a post.

Darkness overcome by Good in the End

Satanism as a new political movement in America

Did you know that when Barack Obama began his presidency with his mother-in-law (Mooch’s mom) inviting a voodoo priestess to perform a Santeria ceremony in the White House? (See “Under Obama, demons have entered the White House“)

It is therefore not surprising that since 2008, self-described Satanists increasingly became active in America — holding Black Mass in public places, making invocations at city council meetings, setting up satanic (Christmas) holiday displays at city halls, and erecting a statue to Satan in Detroit. See:

The organization behind many of the Satanic activities is the New York-based Satanic Temple that first showed up on our political radar in 2013 when, in the name of “religious parity,” the satanists demanded their “right” to erect a 7-foot tall monument to Satan next to the Ten Commandments outside the Oklahoma State Capitol building. (Satanic Temple’s project eventually fell through when a man drove his car into and shattered the Ten Commandments monument.)

In an article for The Conversation, April 19, 2016, Joseph P. Laycock, an assistant professor of Religious Studies at Texas State University, points out that The Satanic Temple (TST) is more than a religion, it is a burgeoning political movement that is bent on and is effecting political change.

Laycock notes that a horror film, “The Witch,” has become “one of the surprise hits of 2016” in part because of an endorsement from The Satanic Temple (TST), which is … READ THE REST

Genesis 11:6 “And the LORD said, Behold, the people is one, and they have all one language; and this they begin to do: and now nothing will be restrained from them, which they have imagined to do.”

[Blog Editor: The above link is a Google Search via Finland: return of nimrod] 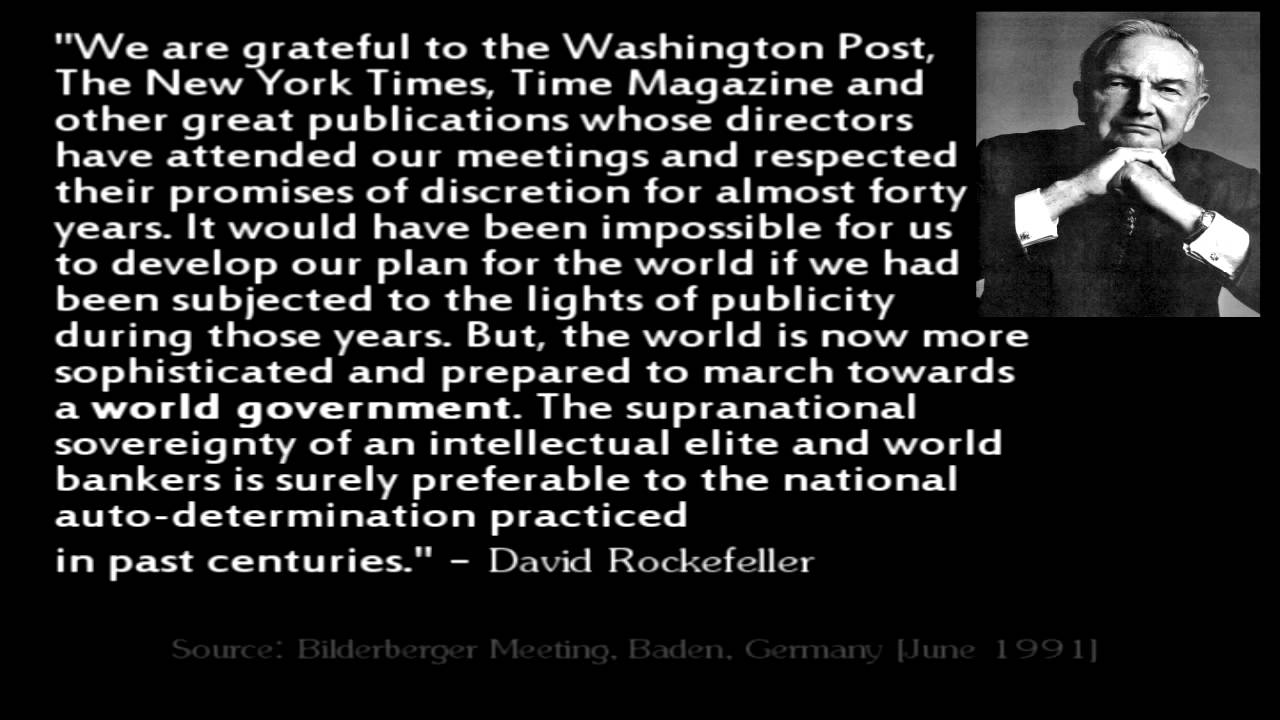 Thanks for your precious work John. Again.

Creation Science Evangelism Classes from Kent Hovind. wide spread of topics from Science, Evolution, Bible, History and many-more topics. for everybody that want to learn what Creation science is, also for Christians to strengthen there [sic] faith. there are always more Topics then the video title suggests, have a nice day!

VIDEO: The Most HATED Kent Hovind Video By The US Government and why they imprisoned him

Posted by opening the matrix

reason why they imprisoned Kent Hovind! please research knowledge is power!! please subscribe to opening the matrix to join the family for future revelations! thanks god bless! 🙂

I Believe We Are In The End Times.

Mark 4:22 “For there is nothing hid, which shall not be manifested; neither was any thing kept secret, but that it should come abroad.”

Arbitrary title by the Editor.