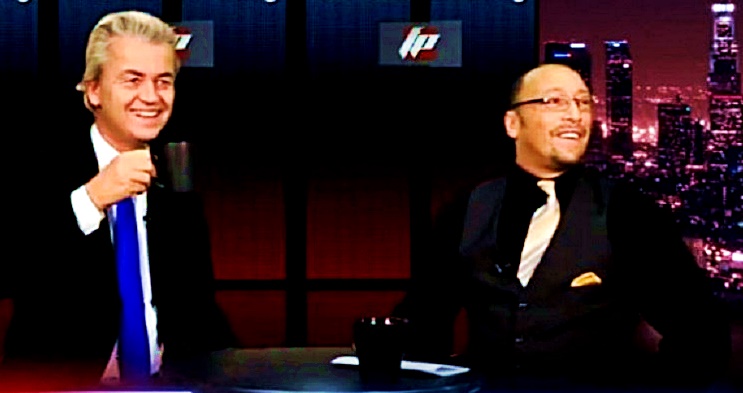 A titan in the battle for freedom gives a glowing thumbs up. 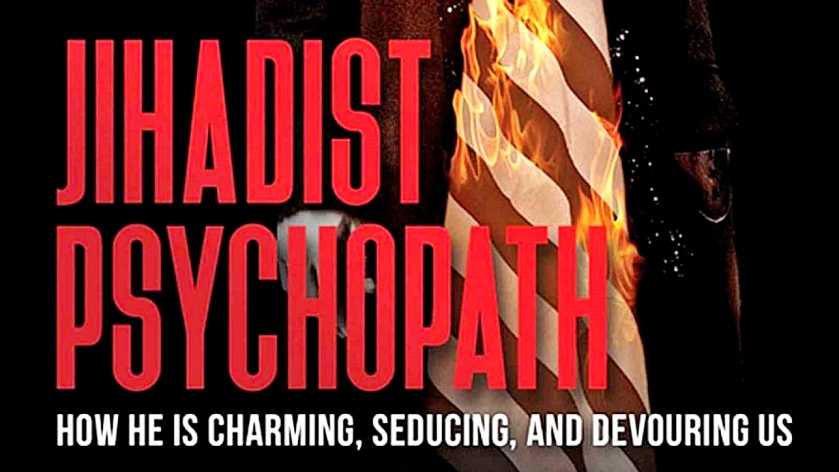 We are excited to announce that Frontpage Editor Jamie Glazov’s new book, Jihadist Psychopath: How He Is Charming, Seducing, and Devouring Us, is being released on December 18, 2018.

Jihadist Psychopath, which is Amazon’s #1 New Release in the “Islam” and “Medical Mental Illness” categories, offers a unique perspective on the terror war. Like no other work, it unveils the world of psychopathy and reveals, step by step, how Islamic Supremacists are duplicating the sinister methodology of psychopaths who routinely charm, seduce, capture, and devour their prey.

Jihadist Psychopath unveils how every element of the formula by which the psychopath subjugates his victim is used by the Islamic Supremacist to ensnare and subjugate non-Muslims. And in the same way that the victim of the psychopath is complicit in his own destruction, so too Western civilization is now embracing and enabling its own conquest and consumption.

One of Dr. Glazov’s strongest messages in his new book (as he discusses in his video) is his reference to President Trump as a providential “Godsend.” Glazov documents and unveils how, during this dire hour for America and for western civilization, and after the miserable catastrophe of the Obama administration, America’s president is pushing back a pernicious enemy.

As the front cover of this new book reveals, Dennis Prager has affirmed that Jihadist Psychopath is “…one of the most important books of the present time.”

Hard as it is to believe, many in the West simply will not take the time and trouble to understand the threat posed by radical Islamicist terrorism. James Burnham once wrote of a similar problem with international Communism in his masterful Suicide of the West. Now, Jamie Glazov has written this century’s counterpart to Burnham’s classic work and will doubtless upset those determined not to analyze for themselves the nature of the underlying phenomenon.

In his review of the book, Robert Spencer, a leading scholar of Islam and editor of JihadWatch.org, has noted that Glazov’s book “changes the counterterror paradigm” and that it “could do nothing less than break the West out of the suicidal death spiral in which it seems inextricably caught today.“

With a Foreword written by Michael Ledeen, advance praise also comes from Bruce Bawer, Daniel Greenfield, Lt. Gen. Ion Mihai Pacepa and many other titans and scholars in the international arena. (See Amazon page for many of the blurbs).

And that’s why you have to pre-order a copy now. Order Jihadist Psychopath Today!

The DHFC is dedicated to the defense of free societies whose moral, cultural and economic foundations are under attack by enemies both secular and religious, at home and abroad.

The David Horowitz Freedom Center combats the efforts of the radical left and its Islamist allies to destroy American values and disarm this country as it attempts to defend itself in a time of terror.  The leftist offensive is most obvious on our nation’s campuses, where the Freedom Center protects students from indoctrination and intimidation and works to give conservative students a place in the marketplace of ideas from which they are otherwise excluded.  Combining forceful analysis and bold activism, the Freedom Center provides strong insight into today’s most pressing issue on its family of websites and in the activist campaigns it wages on campus, in the news media, and in national politics throughout the year.

David Horowitz began the Center for the Study of Popular Culture in 1988 to establish a conservative presence in Hollywood and show how popular culture had become a political battleground. Over the next 18 years, CSPC attracted 50,000 contributing supporters and established programs such as The Wednesday Morning Club, the Individual Rights Foundation, and Students for Academic Freedom.

FrontPage Magazine, the Center’s online journal of news and political commentary has 1.5 million visitors and over 870,000 unique visitors a month (65 million hits) and is linked to over 2000 other websites.  The magazine’s coverage of and commentary about events has been greatly augmented over the last two years by the presence of four Shillman Fellows in Journalism underwritten by board member Dr. Robert Shillman. FrontPage has recently added a blog called “The Point,” run by … READ THE REST