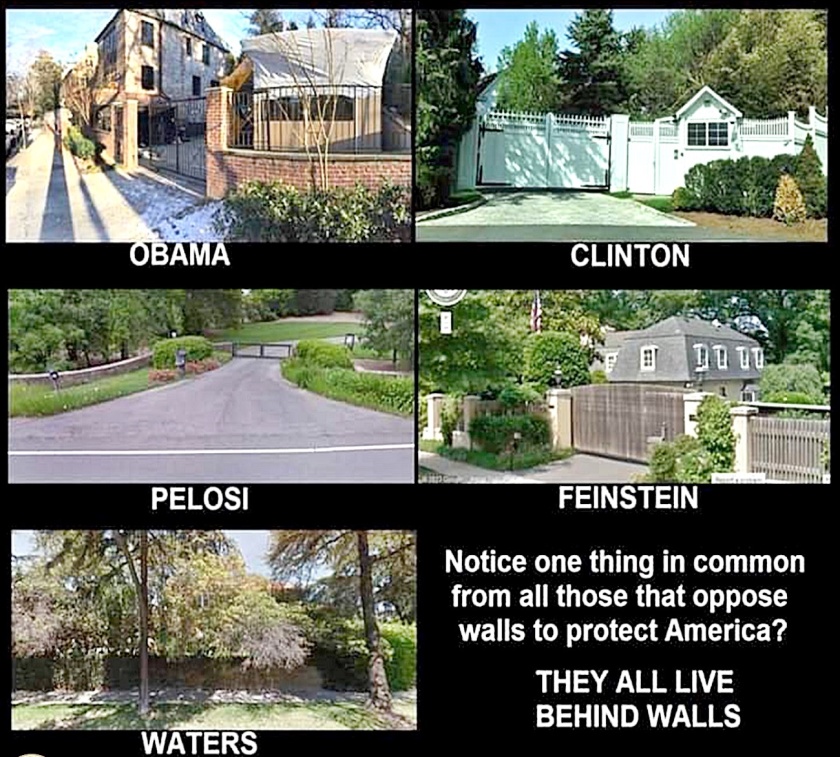 While I was sharing the blog post “National Security Debates on the Border and Beyond,” Kelly Guthridge shared some thoughts along the same lines. It’s worthy of a share.

2) Democrats all have Walls, Fences, Gates, Heavily ARMED Guards surrounding and protecting them!

3) Donald J. Trump is Elected President of the United States of America and NOW Democrats OPPOSE a Border WALL… Only because it would occur during President Trump’s time in office!

4) Democrats and their Propaganda Machine, the MSM Fake News Media keep insisting that all of the INVADERS attacking our Republic and attempting to enter illegally are simple poor migrants that we must embrace… which is all a lie!

I could keep going on and on but what would be the reason after all we all know the FACTS and REALITY of this ongoing situation!

NOW, here’s my idea… if Democrats truly don’t believe in WALLS then let them remove all of those that surround their own personal properties… Also, perhaps there needs to be a MASSIVE MIGRATION OF HOMELESS AMERICANS that all converge upon and surround these Obstructionists Democrats Homes… and start DEMANDING immediate entry for a better future and life!