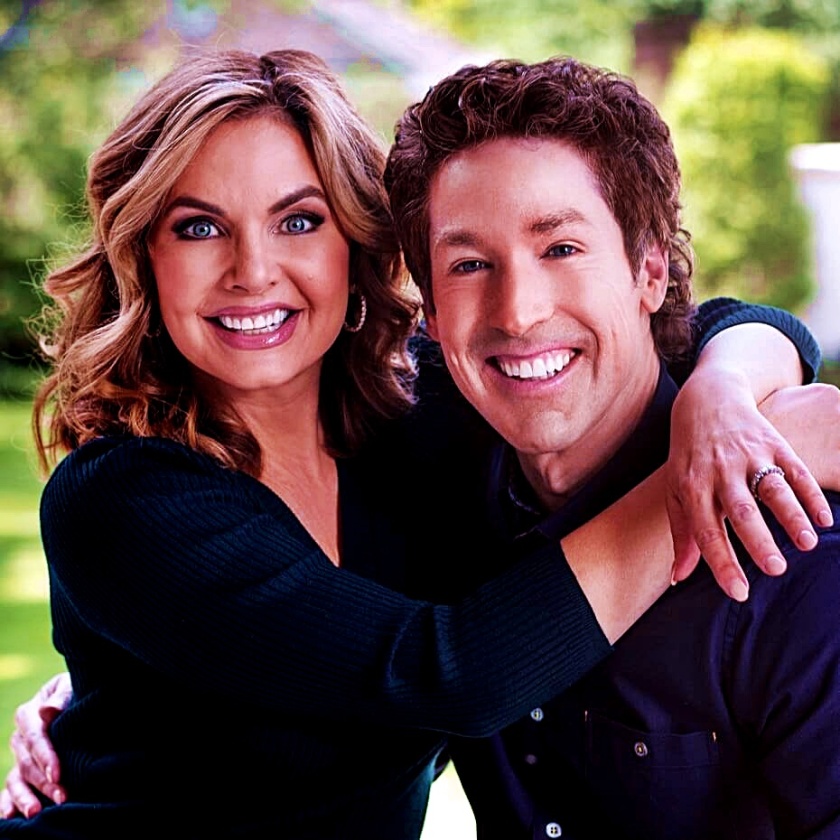 I’ve followed the Ministry of Joel Osteen for some time. The largest reason for Joel is because I was a huge admirer of his father John Osteen who passed away in 1999. I typically give those associated with the Word of Faith movement the benefit of the doubt. Yes many mistakes have been made but not to the level of heresy its critics often level against Word of Faith people. For one thing it is a diversified (NOT DIVERSE) group. They definitely don’t agree on a unified front no more than Protestants and Catholics agree. Or say between Baptists and the Assembly of God. I’m not going into the oft abused finger pointing of heresy that plagues the organized and semi-organized Christian faith. I’d be spanked or praised depending on who agrees or had their toes stepped on.

BUT there are some basics all Christians of many Denominations and schools of thought among Roman Catholic, Eastern Orthodox (or the Eastern Rite so often grouped in this persuasion) or Protestants:

It is the “sin issue” that separates true Christians from wannabe but fake Christians. Denying what God has called sin is the same act of rebellion committed by Adam and Eve separating themselves from the Presence of God.

WHICH brings me back to Joel Osteen.

I just read an article that I hope is fake news for I have found any verification. The article found in News With Views alleges Joel and Victoria Osteen attended a Pride concert put on by Lady Gaga in celebration of “LGBTQD” lifestyle choices. (I discovered a new letter in “D” in the homosexual acronym.)

LGBTQD = Lesbian, Gay, Bi-sexual, Transgender, Queers and Debauchery and yes the lifestyle is rebellion to the precepts of God which boils down to “sin” that separates from the Presence of God which is labelled the Second Death in the Book of Revelation (Depending on your religious background – aka Revelation to John, the Apocalypse of John, or The Revelation of Jesus Christ to John the Apostle or probably other similar forms I can’t recall).

The NWV article claiming the Osteens showed up the Pride concert shares no details from the Osteen point of view. Nonetheless the visual of being at a LGBTQD supportive concert is not a good look. If I discover the Osteens have joined Left-Wing ignore-Scripture so-called Christian Churches it will be a huge disappointment. Without a good explanation I will be done with following the Ministry of Joel and Victoria Osteen Pastors of Lakewood Church in Houston, TX.

SODOM-NEW-YORK [Blog Editor: The photo title on article. There is no clarity if this a play about Sodom taking in New York if it is equating New York with Sodom. The Pride event took place in New York to commemorate 50th anniversary of the Stonewall Riots.]

Houston Pastor Joel Osteen and his lovely wife Victoria, publicly showed their support of the LGBTQD–Lesbian, Gay, Bi-sexual, Transgender, Queers and Debauchery practitioners, by attending a Lady Gaga event at Harlem’s’ Apollo theater which celebrated Gay Pride Month. It is not clear if the Osteens were there with Lady Gaga ,who would have invited them, or, if they simply got on a plane, paid for the tickets and flew there. The entire event was centered around “Gay Pride.”

My question is: What in blazes is a church pastor doing in the midst of a filthy display of deviant sex while thumbing noses at God by participating in a practice that is condemned in the Bible multiple times? No excuse can satisfy this question. The Osteens’ very presence in that sexual filth, works to confirm that such sexual perversions are perfectly OK….acceptable.  Does that include “Scatting” where a couple rubs their feces on each other’s bodies and then licks it off? Yes, that is a common LGBTQD practice (ritual). And this is one of the things that are taught in California Public Schools.

Several celebrities were there to support the abomination that filled the stage along with vulgarity including the “F’ Word being tossed about. Indeed that is how the program began with Lady Gaga yelling to the packed house: “Are you ready to “F-ing party tonight?” “YEAH” the crowd roared as Osteen smiled Texas style. 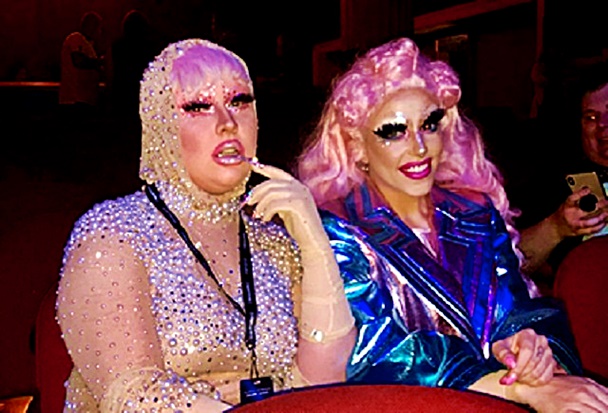 This particular celebration recognized the 50th anniversary of the Stonewall Riots, when the gay bar was raided by New York Cops and customers arrested for lewd conduct. which was headlined in newspapers all over the country.  This raid set the pace for the  “Gay rights” movement which has been a part of the lives of everyone since.

Is this New York event anyplace where a minister and his wife should be?  No it is not! This writer has pleaded with ministers and pastors to “Man Your Pulpits”, and to set the example of morality, integrity, and honesty.  Paul’s instruction for pastors in 1 Thessalonians 22 clearly states: “Abstain from all appearance of evil.”  The Osteens instead wallowed in evil by attending that sick event.  If our morals, integrity, and  honesty is no better than anyone sitting in the congregation, then we have failed as pastors and should flee the ministry, and take up another profession. One should never dabble with Holy Things.

Even though I saw Joel Osteen more as a motivational speaker rather than a biblical preacher, I felt protective of him since he had become such a hit and created such a huge following that I knew from experience that his success would stimulate dangerous jealousy among other ministers. Sure enough, one minister, Dr. Michael Brown wrote a public letter to Joel challenging him on his preaching. I in turn attacked Rev. Brown accusing him of  jealousy and envy.

And because of my own experience, I let that guide me when I wrote a scathing letter to Pastor Brown, which was published in several news outlets. That was a mistake I truly regret. And when I learned from Pulpit and Pen and also in American Prophet, about the real Joel Osteen, who flew to New York to aid and assist the LGBTQD movement I was shocked.  But then internal turmoil flooded through my very soul. I had misjudged a fine minister.

I publicly apologize to Pastor Michael Brown for jumping in with such a response. Yes, I was still carrying the pain of the betrayals which influenced my response, which should have been tossed long ago. I am so very sorry. Pastor Brown, please forgive me. I make that plea with all sincerity.

Rev. Austin Miles has broken many major stories including the required study of Islam in the public schools, and reviews books, movies and concerts which brought him an award from University of California at Fullerton for Critical Review. He was a writer/researcher and technical consultant for the multi-award winning series “Ancient Secrets of The Bible,” which debuted on CBS TV and has been in constant re-runs since.