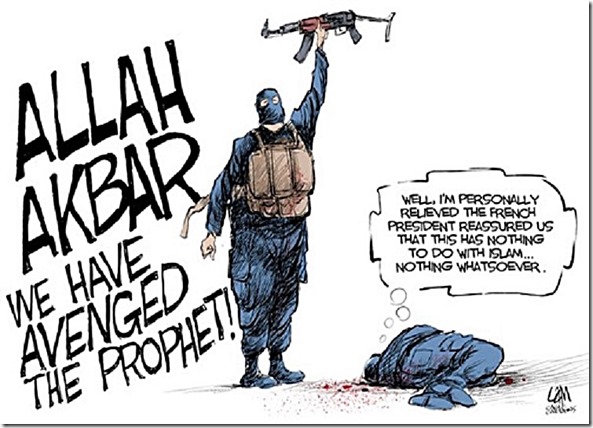 Well here we are. I’ve been working on a post for two days. It is taking me so long because I keep scraping it and start over. So here’s what I’ve decided to do.

I’m on the email list of the Florida Family Association (FFA). My interest in this group is they keep an eye on they consider Radical Islam in America. Their name has ‘Florida’ in it but really their counterjihad watch is on a national basis.

I received an FFA update on 1/20/15 exposing that the Federal government has been in secret negotiations with the NYPD to remove a report on local area (NYC and NJ) activity of Muslim hostility that leads or could lead to a terrorist attack. The NYC area Muslims and Obama’s Federal government (I am guessing under the auspices of Eric Holder’s DOJ) want the open source free to the public report REMOVED from the NYPD website. The FFA is not pleased with this kind politically correct inspired censorship, I am not pleased and YOU as an American should not be pleased.

The NYPD is considering to comply with the pressure because of a couple of Muslim civil suits not to mention Holder’s DOJ civil suit over NYPD surveillance of Muslims to detect terrorist threats.

The Muslims and the Federal government have made this a Bill of Rights issue roughly related to Religious Freedom and 4th Amendment privacy guarantees pertaining to needing a warrant to engage in the kind of surveillance the NYPD in.

I’m as much a Bill of Rights guy as any Conservative; however the Left and Muslims have not or I should say refuse to look at the balance of the Bill of Rights issues. For instance it bugs me that a huge amount of Mosques and Muslim-American organizations spew hate toward America, Jews and Israel as a normal part of their religious dogma.

It is my opinion that 1st Amendment Religious Freedom does not guarantee Islamic efforts to topple the U.S. Constitution to satisfy Islamic Supremacist Sharia Law. To put it bluntly the Left will do anything that undermines Original Intent Conservatives and Muslims remarkably forget about the rest of the Constitution to simply destroy it. AND Conservatives are too fearful of political correctness to point that out to the Left and to Islamic Supremacists!

Now what has bogged me down in writing this post was the “How?” I at first began by looking at the Muslims and Muslim organizations that are plaintiffs against the NYPD to see if they had any connections to Islamic Supremacist global Caliphate-minded thinking. This is still a path I am going to pursue but it is too daunting with my apparent not up to the task search engine skills.

So you got to read this little rant of mine and below is the FFA email which I have since learned is also available on their website. 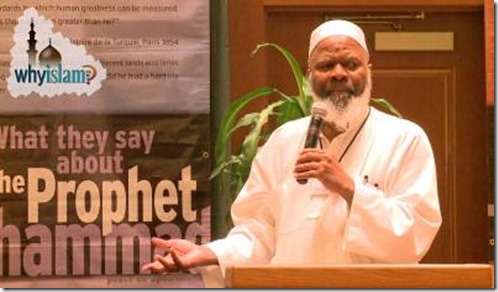 Click here to send email urging the Judge and Magistrate to make public safety in this case a priority.

In top-secret talks to settle federal lawsuits against the NYPD for monitoring mosques, the city is weighing a demand that it scrub from its Web site a report on Islamic terrorists, The Post has learned.

The groundbreaking, 92-page report, titled “Radicalization in the West: The Homegrown Threat,” angers critics who say it promotes “religious profiling” and discrimination against Muslims. But law-enforcement sources say removing the report now would come at the worst time — after mounting terror attacks by Islamic extremists in Paris, Boston, Sydney and Ottawa.

Regarding Plaintiff Masjid At Taqwa

The NYPD’s investigation of certain individuals associated with Plaintiff Masjid At Taqwa was based upon information about their lengthy history of suspected criminal activity, some of it terroristic in nature.  This information includes but is not limited to: illegal weapons trafficking by members of the mosque’s security team and the mosque caretaker both within the mosque and at the store adjacent; illegal weapons trafficking by certain attendees of the mosque; allegations that the mosque raî a “gun club”; and allegations that the assistant Imam had earmarked portions of over $200,000 raised in the mosque to a number of US Government-designated terrorist organizations.

Certain individuals associated with Masjid At Taqwa have historical ties to terrorism.  The mosque’s Imam, Siraj Wahhaj, was named by the US Attorney for the Southern District of New York as an unindicted co-conspirator in a plot to bomb a number of New York City landmarks in the mid-1990s (the “Landmarks Plot”).  Omar Abdel Rahman, known as the “Blind Sheikh,” who is serving a life sentence in federal prison for his role in the Landmarks Plot, lectured at Masjid At Taqwa.  Wahhaj testified as a character witness for Abdel Rahman during Abdel Rahman’s terrorism trial.  V/ahhaj also testified as a character witness for Clement Hampton El, a Masjid At Taqwa attendee who was convicted as one of the Blind Sheikh’s co-conspirators in the Landmarks Plot.  Members of the mosque’s security team have instructed individuals on how to disarm police officers and have led martial arts classes involving individuals convicted on terrorism charges.  Since at least 2003, Masjid At Taqwa members have participated in and sponsored paintball exercises and survival training outside New York City, activities which have been carried out for training purposes by violent extremists in multiple terrorism cases in the United States and abroad-such as the “Virginia Jihad” case, the Fort Dix plot, the 717 attacks in London, and the UK fertilizer bomb plot (“Operation Awakening”). On one of these outings, the leader of Masjid At Taqwa’s security team instructed the members of his paintball team to “form up, jihad assassins” and called them his ‘Jihad warriors”.  Farooque Ahmed, who is currently incarcerated after pleading guilty to terrorism charges in connection with a plot to bomb the Washington, DC metro, promoted and participated in at least one of these trips.

The Masjid At Taqwa mosque is run by Imam Siraj Wahha who was the key note speaker in the Garland Texas Islamist rally on January 17, 2015 that called for the defeat of Islamophobia.

Florida Family Association has prepared an email for you to send that urges Judge Chen and Magistrate Azrack to make public safety in this case a priority by not tying the hands of law enforcement and by not censoring information of great importance.   The email will be copied to the New York City Hall.

To send your email, please click the following link, enter your name and email address then click the “Send Your Message” button. You may also edit the subject or message text if you wish.

Please click here to send your email urging Judge Chen and Magistrate Azrack to make public safety in this case a priority.

Florida Family Association is a national organization that is made up of thousands of supporters across America who share in the same goal of defending American values and improving America’s moral environment.  These supporters send more than one million emails every month to Corporate America officials associated with issues posted on this web site.  Florida Family Association’s accomplishments are a direct result of the dedicated people across the country who support the efforts of this organization.

Florida Family Association’s mission statement in our IRS approved 501C3 application is to:  Educate people on what they can do to defend, protect and promote traditional, biblical values.

Florida Family Association is not an affiliate or subsidiary of any other group.  It is an independent organization with tens of thousands of supporters outside of Florida.