As an American I find the UK’s treatment of Counterjihad activists exposing the dark side of Islam appalling. To be honest though, I also find it disappointing that a majority of UK Counterjihad activists slip down into profanity-laced profanity when their God-given Free Speech Rights are violated. In my view the profanity does not help their cause to expose Islam and more than likely raises public agreement with the UK government to hinder Free Speech Rights.

In America those that pay attention to UK Free Speech suppression typically have name recognition of Tommy Robinson. Robinson seems at the forefront of those receiving government persecution with oppressive Hate Speech laws created to enhance Multiculturalist ideology at the expense of Western Culture.

Another Counterjihad activist similar in tone and plight to Tommy Robinson yet probably less known is Jayda Fransen. Fransen gained my attention when she attempted to disseminate a video exposing UK unjust persecution that included a plea for help over that treatment. The attention getter was that Youtube restricted that platform’s usage with a warning Fransen’s video might be offensive as well as limiting sharing and embedding tools. I watched Fransen’s Youtube version and discovered she didn’t even use profanity in talking about her persecuted treatment. So I downloaded the video and uploaded it to my Facebook page then shared the Facebook version on my blogs. 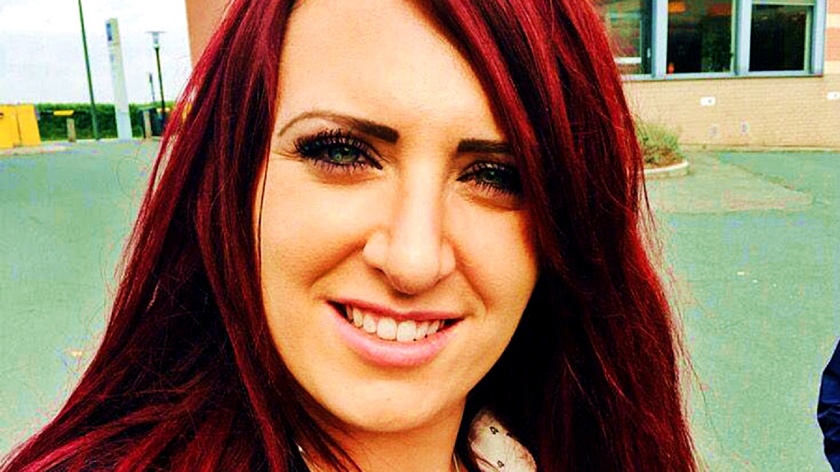 And since Fransen made the effort to NOT utilize her reputed usage of profanity, I signed up on her webpage for email updates. A few days ago I received one of those email updates in which Fransen describes how she attempted to work within the UK legal system to expose her reprehensible treatment and the response she received was a notice to shut up or else.

Below is that email update that does include a link to donate which she can use for her legal defense fund and probably her financial situation since the UK is giving her a difficult time about where she can reside while on parole for her unjust convictions of Hate Crimes violations.

Probation have threatened me with legal action!

As you know, the National Probation Service in England have done everything in their power to make my life as difficult as possible since my release from jail in November 2018.

Their latest strike against me is taking things to another level!

She has refused to answer my question and has also said that my official complaint to Her Majesty’s Prison and Probation Service (HMPPS) will not be responded to!

Then she threatened to take legal action against me! 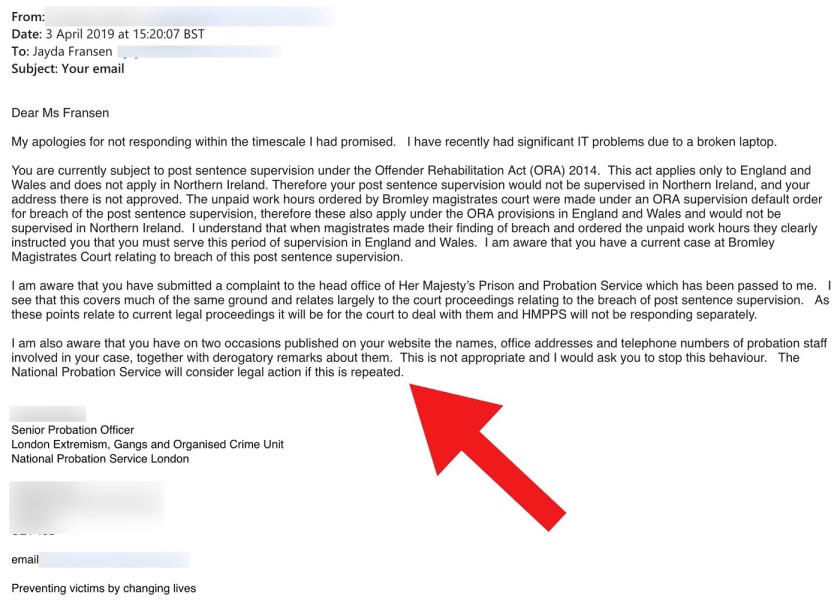 After I received this threat, my Probation officer called me and repeated it over the telephone!

She said, “As my line manager told you, stop calling us derogatory names”.

When I asked her what exactly did she class as ‘derogatory’, she replied that I had called her “Evil”.

Can you believe that?

After making my life a living hell for 5 months, having me arrested at Christmas, dragging me into court and banning me from living in my own home – she is upset because I called her ‘Evil’?!

Jayda Fransen in front of camera 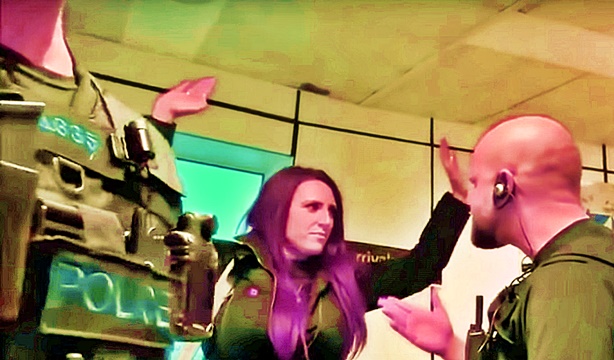 As if that wasn’t ridiculous enough, she went on to say that my suggestion that she might be guilty of Contempt of Court or Perjury – after she took the stand and LIED under oath at my trial – has caused upset high up in the National Probation Service as it brings their name into disrepute!

So now the National Probation Service are threatening me with legal action because I told you that one of their employees lied in court and I think that they are evil!

They will stop at nothing it seems!

This is just another layer of pressure intended to break me.

As if 9 months in prison wasn’t enough, or being forced on the run, being banned from living in my own home, having police hunting me, being arrested on a plane by armed police, being held in a police cell overnight, being dragged into court and forced to stand trial just for living in my own home – they now want to take legal action for me calling them names!

I am not prepared to be bullied and threatened by the State and then told I can’t tell anyone about it John.

I need to continue fighting against this pressure and I am appealing every unfair decision made against me.

I cannot believe I am having to appeal to a Crown Court to overturn a decision to make me homeless! 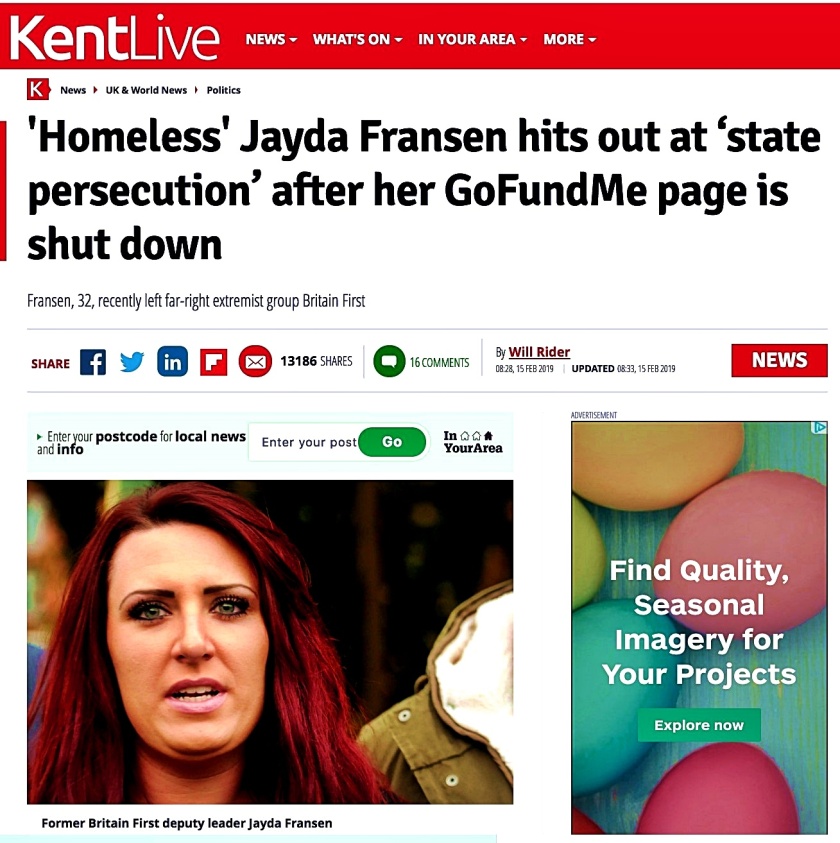 Now there is a way for me to raise money so that I can get professional advice to help me with this ongoing battle.

Thanks to the Knights Templar Order, there is a page dedicated to help me.

If you are able to chip in to my new ‘fighting fund’ then please click this button: 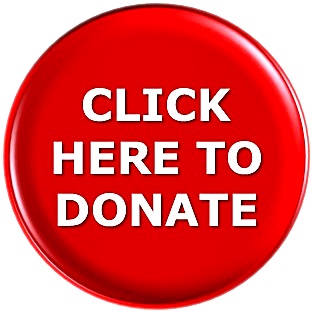 As soon as I walked free from prison, this pressure started and I have been battling it every single day.

It is draining beyond belief, but I promise you I will not give up John.

Thank you for continuing to support me, I need your support now more than ever.

Jayda was born in South East London in 1986.

Jayda practised and studied law for many years before founding a recruitment consultancy.

Jayda has been involved in the counter jihad struggle for many years before joining Britain First.

In 2014, Jayda was elected Deputy Leader of Britain First.

Jayda has stood in elections to Parliament and the Greater London Assembly.

Jayda is a devout Christian from a Catholic background.

Jayda has risked her life on many occasions confronting dangerous Islamists and terrorists, such as hate preacher Anjem Choudary.

For many years Jayda has endured police persecution and harassment at the hands of the establishment.

Jayda was sent to prison in March 2018 for ‘harassing’ a migrant paedophile rape gang in Ramsgate.