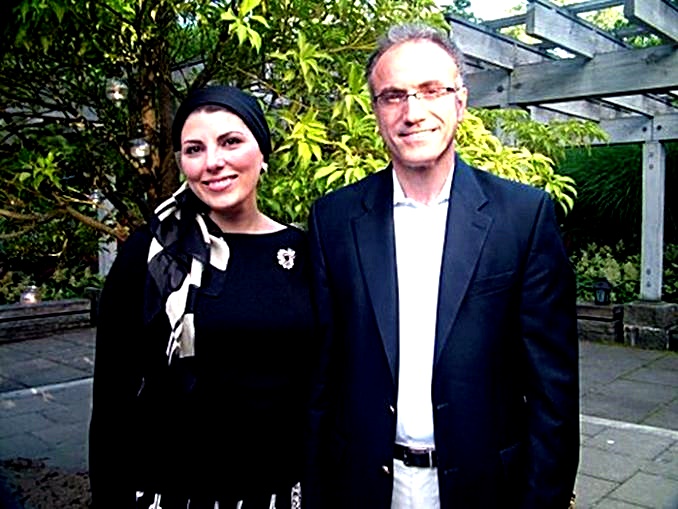 The post Yurki1000 is commenting on delves into Areej Zufari’s radical Muslim ties. Her ties to Radical Islam should disqualify her to be a professor anywhere in the USA. Yurki1000 amplifies those Islamist ties. Even going as far as to indicate Zufari’s extramarital affair with boyfriend Maher Ghawji has all the appearance of an al Qaeda terrorist connection.

The blowing up of the Khobar Towers in Saudi Arabia was an al Qaeda operation. This was a precursor to America’s 911 attack that has so drastically changed how Americans travel in the 21st century. 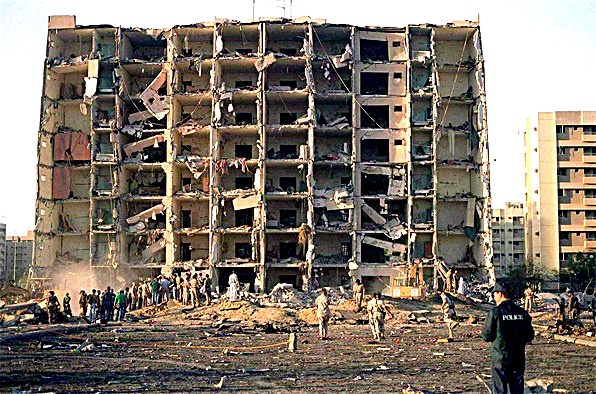 Did you know that the CIA had a huge part in the evolution of al Qaeda? The CIA probably felt it was looking after American National Interests in arming the Afghan Mujahideen to fight the then Soviet occupiers. The CIA failed to see the folly of collaborating with radical Muslims that not only hated atheistic Communism but also hated Western Values of a Christian Heritage and Liberty.

With that in mind, Yurki1000 points that one time CIA Director William Casey has been exposed for purposefully planting false information to mislead the American public.

Thanks again for your in-depth article John.

– MY HUSBAND’S SUPPORT OF TERRORISM:

“Who Bombed Khobar Towers? Anatomy of a Crooked Terrorism Investigation”

– The Khobar Towers bombing, which killed 19 US servicemen and wounded 372, is one of the events that US officials and news media routinely mention as proof of Iran’s sponsorship of terrorism. And in 2001 the Bush administration indicted Mughassil, along with twelve other members of “Hizballah Al-Hijaz,” the Saudi Shiite dissident organization aligned with Iran, for allegedly carrying out the Khobar bombing under direction from Iran.

But an investigation of the Khobar Towers case that I conducted in 2009, based on interviews with more than a dozen former FBI, CIA and other administration officials knowledgeable about the official investigation, reveals a very different story:

* The official Khobar Towers investigation led by FBI Director Louis Freeh was precooked to arrive at the outcome that had been politically determined by the White House.

* The only evidence of Saudi Shi’a involvement in the bombing was from confessions obtained by torture by Saudi secret police.

From the beginning of the investigation, the FBI and CIA were determined to focus solely on evidence of Iranian involvement and to exclude leads linking al Qaeda to the blast. FBI and CIA experts on bin Laden who offered to assist in the investigation were rebuffed. Jack Cloonan, a member of the FBI’s I-49 unit, which had investigated previous terrorist actions by bin Laden, recalled that when he offered his unit’s assistance on the probe to the Washington Field Office (WFO), he was told to “f**k off.” [Blog Editor: Profanity though obvious, is edited with asterisk]

Similarly, CIA Director George Tenet created an encrypted “passline” that allowed only a handful of agency officials to know what was going on in the investigation. One of those excluded was the head of the bin Laden unit at the CIA’s Counter-Terrorism Centre, Michael Scheuer. That unit compiled a four-page memo containing all the intelligence it had collected before the Khobar Towers bombing, indicating that al Qaeda was planning an operation in Saudi Arabia involving explosives during 1996. Scheuer told me that Khobar was one of the places that came up in the intelligence. “They were moving explosives from Port Said through Suez Canal to the Red Sea and to Yemen, then infiltrating them across the border with Saudi Arabia,” Scheuer told me.

Scheuer recalled how the head of the CIA’s Counter-Terrorism Centre, Winston Wiley, came to his office after getting that intelligence memo to convince him that Iran was responsible for the Khobar bombing. Wiley showed him a translated intercept of an internal Iranian communication in which there was a reference to Khobar Towers. “Are you satisfied?” Wiley asked him. Scheuer replied that it was only one piece of information in a much bigger universe of information that pointed in another direction.  – (Who Bombed Khobar Towers? Anatomy of a Crooked Terrorism Investigation; By Gareth Porter; Truthout; 9/1/15)

The Khobar Towers bombing was a terrorist attack on part of a housing complex in the city of Khobar, Saudi Arabia, located near the national oil company (Saudi Aramco) headquarters of Dhahran and nearby King Abdulaziz Air Base on June 25, 1996. At that time, Khobar Towers was being used as quarters for Coalition forces who were assigned to Operation Southern Watch, a no-fly zone operation in southern Iraq, as part of the Iraqi no-fly zones.

A truck bomb was detonated adjacent to Building #131, an eight-story structure housing members of the United States Air Force’s 4404th Wing (Provisional), primarily from a deployed rescue squadron and deployed fighter squadron. In all, 19 U.S. servicemen were killed and 498[1] of many nationalities were wounded. The official June 25, 1996 statement by the United States named members of Hezbollah Al-Hejaz (English: Party of God in the Hijaz) as responsible. In 2006, a U.S. court found Iran and Hezbollah guilty of orchestrating the attack.

The case reminds me of this “brave” case(y):

– Becoming the first credentialed, well-known media insider to step forward and state publicly that he was secretly a “propagandist,” an editor of a major German daily has said that he personally planted stories for the CIA.

Saying he believes a medical condition gives him only a few years to live, and that he is filled with remorse, Dr. Udo Ulfkotte, the editor of Frankfurter Allgemeine Zeitung, one of Germany’s largest newspapers, said in an interview that he accepted news stories written and given to him by the CIA and published them under his own name. Ulfkotte said the aim of much of the deception was to drive nations toward war.

Dr. Ulfkotte says the corruption of journalists and major news outlets by the CIA is routine, accepted, and widespread in the western media, and that journalists who do not comply either cannot get jobs at any news organization, or find their careers cut short.

Dr. Ulfkotte is the author of a book currently available only in German, “Bought Journalists” (Kopp 2014.) Aged 55, he was also once an advisor to the government of German Chancellor Helmet Kohl.

The book has become a bestseller in Germany but, in a bizarre twist which Ulfkotte says characterizes the disconnect caused by CIA control of the western media, the book cannot be reported on. – (Editor of Major German Newspaper Says He Planted Stories for the CIA; By Ralph Lopez; Global Research; 2/4/15)

Most text enclosed by brackets are by the Editor.