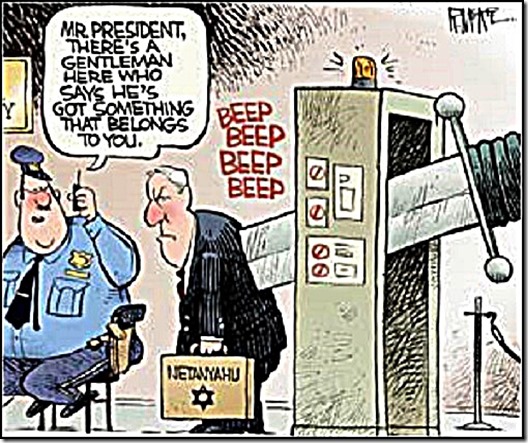 Justin writes about the hypocrisy of America’s Left and the Obama Administration particular for siding with Hamas over our most trusted ally in the Middle East – the Jewish State of Israel.

To hear Obama, his administration and Secretary of State John Kerry say that they were “appalled” by the “disgraceful act” of the United Nations School in Gaza being bombed on August 3rd by Israeli Defense Forces, after the IDF warned residents in advance of this attack, shows Obama’s and Kerry’s willingness to distort and misrepresent the facts and the reality of the situation, as they exploit the peace process through their thinly veiled anti-Semitic positions, in a vile, dishonest and stupid manner. They are so anxious to achieve peace at any cost, that they make no moral distinction between Hamas and Israel, which, in and of itself, is unconscionable and shameful.

Yes, it was a terrible scene, the dead Palestinian children. And yet, rather than condemn the Hamas terror government for starting this conflict, for firing missiles from behind the U.N. School, for hiding stockpiles of weapons near schools, mosques and hospitals and for abducting and murdering three Israeli teenagers, John Kerry offered a cease-fire deal that heavily favored Hamas and did nothing to ensure Israel’s security, while Pierre Krahenbuhl, UN official, condemned Israel’s act of self-defense as a “serious violation of international law”.

What then were Hamas’ attacks on Israel? Aren’t Israeli lives just as precious as Palestinian lives? And, isn’t it time for the U.S. and the U.N. to remove Hamas from the Palestinian-Israeli equation permanently?

During WWII, the Free World, the U.S. and the Allies did not wring their hands over hundreds of thousands of civilians killed by the fire-bombs at Dresden and the nuclear weapons used on Japan, because they were struggling to survive against the onslaught of the extreme evil of fascism, just as Israel now struggles against the horrific evil of Islamofascism. Israel’s counterattacks are warranted, especially in light of Islamofascist death squads recently using tunnels to mount attacks inside Israel.

War crimes are being committed by Hamas. They tell their own people to stay in their homes and to die as martyrs for Jihad, so duplicitous video will show the “Palestinian suffering” at the hands of Israel. And all the while they bombard Israel; since June 2014, Hamas has fired approximately four to five thousand missiles into Israel, targeting civilians and military personnel indiscriminately.

“They (the Hamas terrorists) are rejoicing because they put civilians as human shields. America condemns Israel and they are thrilled … I asked the President of the United States, stop this,”

On July 9, Hamas spokesman Mushir al-Masri said, “The blood of the shahids (martyrs) killed in this campaign is the fuel of our victory.”

Even more disturbing, the Obama administration is relying on Qatar, an ally of Hamas and the Muslim Brotherhood, for guidance during this conflict between Israel and Hamas. Secretary of State John Kerry defers the “peace process” to supporters of terrorism, because he believes Qatar’s Foreign Minister Khaled al-Attiyeh will be able to bring the Hamas terrorist government to the negotiating table. Kerry seems to forget that Israel is the U.S.’s long standing ally by treaty, not Hamas; but, this is not unusual for this administration, which has a major Muslim Brotherhood presence in the White House inner circle that has regularly exposed national security information, according to retired General Tom McInerney.

Is it not surreal and shameful to hear the ‘New York Times’ call Kerry “a loyal friend to Israel?”

The Israeli-Palestinian conflict really does not have a comprehensive solution, because it is purely Israel’s existence as a sovereign Jewish state in the middle of all Islam that troubles these Sons of Allah, Hamas. And, in their quest to destroy Israel, these terrorists, who follow the same Pan-Islamist agenda as ISIS, Hezbollah and Al Qaeda, will always play the double-cross and keep their people in squalor, poverty and conflict, until they send them to their deaths as martyrs, to kill and die: Israel’s only option is to pursue a One State Solution, annex Gaza, eradicate Hamas and annex the West Bank and East Jerusalem.

I find it shameful that, in the name of world peace, Obama, Kerry, the U.N. and many Americans and Europeans absolve one side alone, Hamas, of its hate, and, in the name of pacifism, they lead the confused and uneducated back three-quarters of a century to the time of the yellow star on the coat. And I find it shameful to see those hypocritical progressives, such as Jimmy Carter and John Kerry, communists and pacifists nourish the rise of a new fascism, most grim and revolting, as Hamas leaders, such as Khalil al-Hayya, use $440 million in annual U.S. aid to buy missiles to kill Jews.

I see it, yes, and I stand with Israel. I stand with the Jews. I defend their right to defend themselves from being exterminated a second time. And disgusted by the anti-Semitism of many Americans, I am ashamed of this shame, the “president” and his administration that dishonors my Country.