Senator Ron Johnson, chairman of the Senate Homeland Security and Governmental Affairs Committee, has a very narrow focus on the DOJ/FBI ‘small team’ involvement into the 2016 election.  Johnson’s authority focuses on how the group inside the FBI worked to exonerate Hillary Clinton despite evidence of intentional wrongdoing. 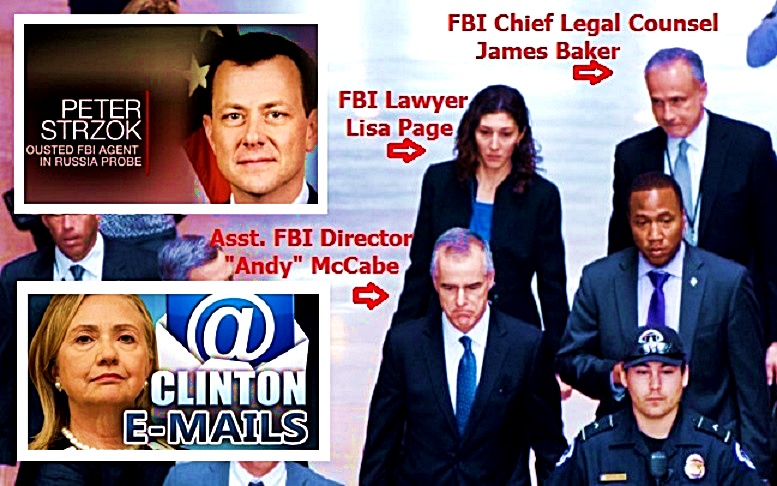 However, within that investigative oversight, Chairman Johnson is bringing to light all of the communication within the ‘small group’ which includes the text messages between lead FBI investigator Peter Strzok and lead legal counsel Lisa Page during their efforts.

Toward that end, Chairman Johnson has released an interim report on findings (Senate Link Here), and as outlined below in the embedded pdf.

WASHINGTON DC – U.S. Sen. Ron Johnson (R-Wis.), chairman of the Senate Homeland Security and Governmental Affairs Committee, released a majority staff report Wednesday titled “The Clinton Email Scandal And The FBI’s Investigation Of It,” along with text messages between two agents that shed light on the investigation.

View this document on Scribd