A GOP Senate report incriminates Hunter Biden (yup, that is quid pro Joe’s son) in various criminal enterprises that includes a possible link to human trafficking. I would be excited except FBI Director Christopher Wray has done zero to look behind the huge billows of criminal Dem smoke to find the fire or the origin of criminal Dem fires. Meaning the Biden criminal syndicate just like the Clinton criminal syndicate will likely have no indictments. I would love to be surprised and live to see Dem criminal corruption prosecuted with equal vigor as a Conservative or Republican. Sigh… Dem-criminality can be read at ZeroHedge reporting on what should be prosecuted.

Update (1135ET): Rep. Adam Schiff (D-CA) has responded to the Biden probe, saying that after Trump was impeached “for directing a scheme to extort a foreign partner to announce an investigation into Vice President Joe Biden’s son,” that “Trump’s most willing allies in Congress quickly took up that mantle, and carried out his demand…”

Schiff accused the two Senate Committee Chairs of “promoting the same Russian disinformation,” adding “the Kremlin must be very pleased.”

The California lawmaker notably didn’t address any of the core claims in the report.

The findings are contained in a joint report by the GOP-led Senate Homeland and Government Affairs and Senate Finance Committees, released just six days before the first Presidential Debate between Joe Biden and President Trump.

OUT TODAY: Report with @chuckgrassley found millions of dollars in questionable financial transactions between Hunter Biden & his associates and foreign individuals, including the wife of the former mayor of Moscow. https://t.co/R1MxQ4xGKP

According to the Daily Caller’s Chuck Ross, suspicious financial transactions between Hunter Biden’s firms and foreign nationals from Russia and China – including a CCP-linked Chinese businessman, raised serious concerns. What’s more, Hunter’s seat on the board of Ukrainian energy giant Burisma while his father served as the Obama administration point-man for Ukraine, worried State Department officials in 2015 and 2016.

One official, Amos Hochstein, told the Senate Homeland Security and Senate Finance committees that he said to then-Vice President Joe Biden in October 2015 that Hunter Biden’s position on the board of Burisma “enabled Russian disinformation efforts and risked undermining U.S. policy in Ukraine.”

Hunter Biden, now 50, joined Burisma’s board of directors in April 2014, shortly after his father, Joe Biden, took over as the Obama administration’s chief liaison to Ukraine. –Daily Caller

As Ross notes, while the report does not produce direct evidence of wrongdoing by Hunter Biden, Republicans say the evidence paints a troubling picture of Biden receiving “millions of dollars from foreign sources as a result of business relationships that he built during the period when his father was vice president of the United States and after.”

Hunter Biden also received a $3.5 million wire transfer from Elena Baturina, the wife of the former mayor of Moscow, according to the report.

And as Just The News‘ John Solomon writes, “Perhaps the most explosive revelation was that the U.S. Treasury Department flagged payments collected overseas by Hunter Biden and business partner Devon Archer for possible illicit activities.”

The so-called Suspicious Activity Reports flagged millions of dollars in transactions from the Ukrainian gas company Burisma Holdings, a Russian oligarch named Yelena Baturina, and Chinese businessmen with ties to Beijing’s communist government, the report said. Senate investigators have yet to determine if the FBI or others investigated the concerns. –Just The News

“The Treasury records acquired by the Chairmen show potential criminal activity relating to transactions among and between Hunter Biden, his family, and his associates with Ukrainian, Russian, Kazakh and Chinese nationals,” reads the 87-page report. Other transactions involving Biden-controlled firms were flagged for “potential criminal financial activity,” including wire transfers to Hunter’s Uncle, James Biden.

The report focuses on millions of dollars in wire payments that Hunter Biden’s firms received from Ye Jianming, the founder of CEFC China Energy Co., and Gongwen Dong, a U.S.-based associate of Ye’s.

According to Republicans, Ye has “extensive” connections to the Chinese government.

The Senate report says that on Aug. 4, 2017, a subsidiary of Ye’s company called CEFC Infrastructure Investment (US) LLC, wired $100,000 to Owasco, the Biden law firm.

A month later, on Sept. 8, 2017, Hunter Biden and Gongwen Dong applied for a $100,000 line of credit under a shell company they formed called Hudson West III LLC, according to the Senate report.

Meanwhile, according to US government records cited in the report, concerns were raised over potential ties to sex and human trafficking rings.

“Hunter Biden paid nonresident women who were nationals of Russia or other Eastern European countries and who appear to be linked to an Eastern European prostitution or human trafficking ring,” the report reads.

“The report raises serious questions that former Vice President Biden needs to answer. There are simply too many potential conflict of interest, counterintelligence and extortion threats to ignore,” he said.

The Biden campaign has called the Senate report an effort to “subsidize a foreign attack against the sovereignty of our elections with taxpayer dollars” and to push a “long-disproven, hardcore rightwing conspiracy theory.”

Biden campaign's @AndrewBatesNC calls Sen. Ron Johnson's report on Burisma/Hunter Biden an effort to "subsidize a foreign attack against the sovereignty of our elections with taxpayer dollars" and to push a "long-disproven, hardcore rightwing conspiracy theory" pic.twitter.com/LRDKEdu0fK

And of course Biden’s media defenders are hard at work today:

A totally laughable headline from Politico, which was the go-to outlet for Democrats to pre-empt and undercut the Biden probe. https://t.co/vy7rfX6fZ2 pic.twitter.com/yqkLGla8GY

The findings, as compiled by the Daily Wire‘s Ryan Saavedra:

Imagine if this was anyone with the last name Trump? 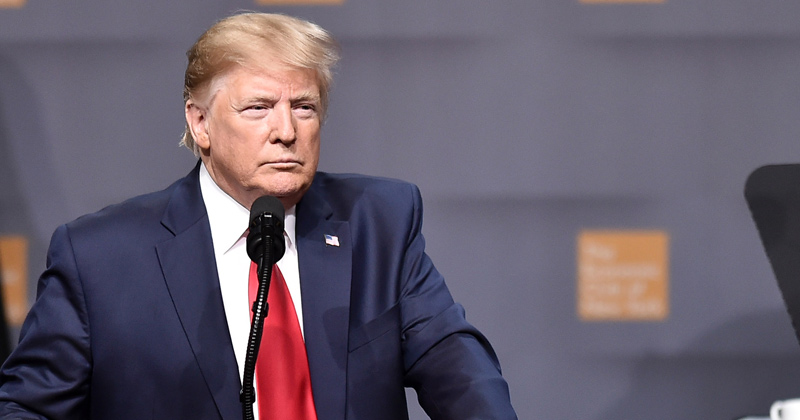