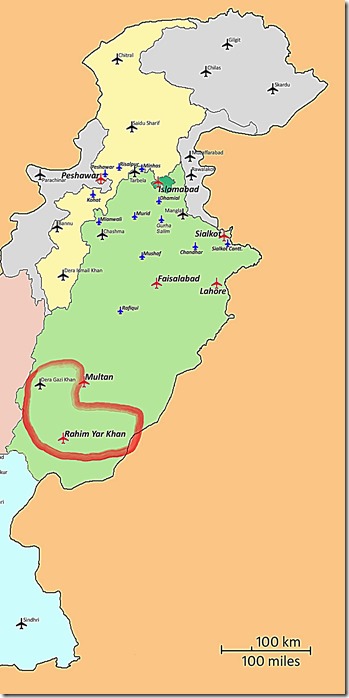 Shamim Masih reports on the abduction of two Christian-Pakistani girls by Muslims.

Islamic Supremacism strikes Christian and other minority non-Muslim girls in Pakistan. Mohammed expanded Islam against non-Muslims via the pirating of wealth in raids and kidnapping girls for sex-slavery. Since these immoral and inhumane actions are enshrined in the Quran, these kinds of practices are like the veritable uncreated word of Allah. The methods may have changed a bit in the 21st century from Mohammed’s 7th century but the practice remains.

~Here is a little tongue-in-cheek human exposing Mohammed’s beginning as compared to the three years of preaching by Jesus prior to the Resurrection. **Warning, Muslims will not find this learning experience humorous**

ISLAMABAD:  Forced marriages and forced conversions to Islam is a common practice in Pakistan. I see, if there is not an organization like World Vision in Progress (WVIP) protecting Christian faith, the below mentioned two Christian girls might have gone under the curtain. It’s a story of two districts Rahim Yar Khan (R I Khan) and Dera Ghazi Khan (D G Khan), both districts house banned organizations like Sipha Sahabha and Jeyshe Muhammad (SA HERE).

On March 04, 2014; Komal Yousaf 15 was raped and married forcefully and was converted to Islam. Yousaf and Rubina, parents of the girl, work in a factory. Mohammad Aslam Shah, one of the co-workers, often asked them to convert to Islam but they refused saying that they are happy with Christian faith. He didn’t stop there but on February 24, he went to their house with some of his armed companions and asked them to embrace Islam or be ready to face dire consequence. On the same day, when the parents went to work, he came to their house and kidnapped the young girl Komal Yousaf. The couple [parents] went to the police station for the registration of the First Investigation Report (FIR) against the suspect Mohammad Aslam Shah but police didn’t cooperate. Instead the police claimed that the young girl had been converted to Islam and married to Mohammad Aslam. Providentially, the parents came to WVIP and requested for help in this issue. WVIP immediately went into the court and asked the accused to produce the girl in the court. The girl told the court that she has been forcefully married and was threatened to sign a marriage agreement. She also told the court that she was sexually assaulted during these days.

The same case is with the young Sobia, 19 from D G Khan. She used to work with her mother in different houses as maid. One day she went to Adil Zulifqar to work but the owner forcefully married her and shifted to Lahore. WVIP came to know [of Sobia’s situation] through a reliable source that he had sold the girl to a rich family in a different city. The [WVIP] organization is dealing with these two cases to rescue these girls. Farrukh H Saif, chief of WVIP said that Muslims in Pakistan believed that Christian girls are commodities and not human beings. It’s [this Muslim reasoning that makes it] a common practice. Around 2000 Hindus migrated to India and many Christians are seeking refuge status in different countries [due to the Muslim abduction practice].

It is observed that on-going violence against minority women has increased and minorities are seeking a safe haven. Tania, Rebecca, Palwisha, Sonia were abducted earlier and now [the Muslim abduction phenomena] has [become] Sobia and Komal’s turn.

Content within brackets and links are by the Editor

Editor: For Americans especially, I have discovered the best way to donate to Shamim Masih is via Western Union sending to a Western Union agent in Islamabad.