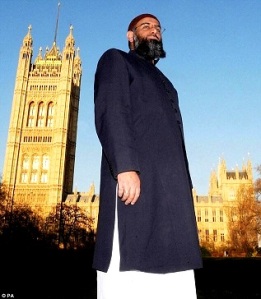 Anjem Choudary resides in the United Kingdom. Choudary spews purist Islamic ideology not only against his host nation but also against the United States. Christians are prosecuted in the UK when Christians defend their faith by preaching the Good News of Jesus Christ in the UK. Choudary spouts of his hatred of non-Muslims and his Jew-hatred and yet evades prosecution. Christopher Logan has sent him an open letter addressing Choudary’s Islamic delusions.