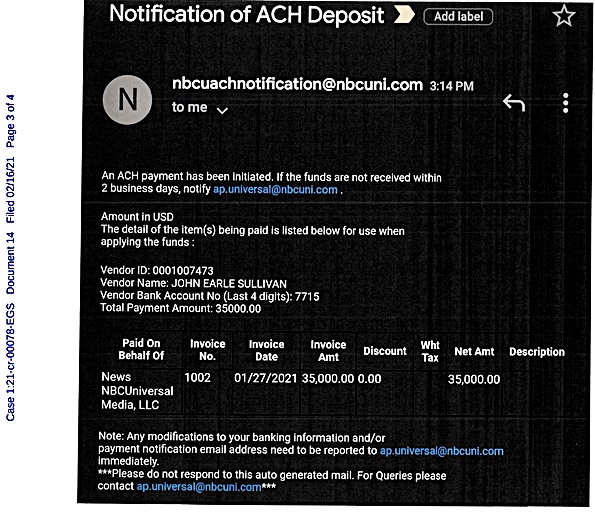 Dem-Marxist propaganda machines actual paid Antifa/BLM connected John Earle Sullivan for video footage of violence he was involved with during the actually peaceful Trump supporters who were labeled violent due to the actions of these January 6 infiltrators. 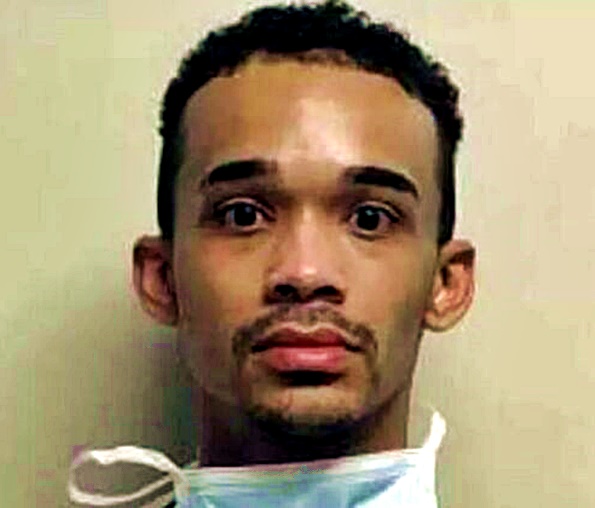 Three news agencies paid a man who identifies as an Antifa activist and was charged with allegedly committing crimes during the Jan. 6 breach of the U.S. Capitol for video footage he captured during the mayhem.

CNN, NBC, and the Australian Broadcasting Corp. (ABC) paid John Earle Sullivan thousands of dollars to use video clips he shot inside the building, according to a new court filing.

Sullivan, 26, was arrested and charged last month with multiple crimes on Jan. 6, including violent entry, civil disorder, and disorderly conduct.

CNN and NBC didn’t immediately respond to requests by The Epoch Times for comment.

Video footage, some of which was filmed by Sullivan, showed the Utah man illegally entering the Capitol building and urging others to go inside and burn the structure down. CNN also hosted Sullivan for an on-air interview later on Jan. 6, along with Jade Sacker, a freelancer who has had work published by various outlets.

Sullivan has told The Epoch Times that he’s apolitical but has told other news outlets that he is Antifa or anti-fascist. Antifa is a far-left, anarcho-communist network that has engaged in violence across the country in recent years. Sullivan has also been linked to the Black Lives Matter movement, though he’s been disavowed by the leader of Black Lives Matter Utah.

Sullivan was released conditionally shortly after being charged and remains free, despite violating the conditions of his release. A federal judge on Feb. 16 declined to block him from using Twitter and Facebook but said he must stop working for Insurgence USA, an organization he founded to help advocate for the empowerment and uplifting of “black and indigenous voices.”

Magistrate Judge Robin Meriweather, an Obama appointee, also decreed that Sullivan’s 24-hour monitoring be stopped, Politico reported [Blog Editor: Useless Judicial Corruption!], but said his internet use will be checked by probation officers. Sullivan can’t use social media platforms to incite riots or violent protests, and is being forced to remain home as the case moves forward.

Sullivan’s attorney had argued in a memorandum that the government’s attempts would “limit defendant’s ability to communicate the way the vast majority of Americans communicate is oppressive, overbroad, and unconstitutional [sic].”

“The entirely overboard request by the government would effectively ban hm [sic] from communicating with friends, interacting, with his family, writing his thoughts, keeping up with the news, checking on the weather, reading a newspaper outline or any of the typical reasons why the vast majority of the [population] uses these social media platforms,” the attorney wrote.

Sullivan was already banned from using Twitter and Facebook, along with 11 other websites, by a judge in Utah in a separate case. Sullivan was arrested last year for allegedly rioting and other crimes in the state. His primary Twitter account has been suspended; a search of Facebook didn’t turn up a profile. He has claimed to be a journalist as a defense of what he did in Washington, but authorities say that was a front.

“Under the guise of journalism … he is engaged in and incited violent activity, including the kind of destructive society we saw on Jan. 6,” prosecutor Candice Wong told the court.

One thought on “CNN, NBC Paid Antifa Activist for Footage From Capitol Breach”