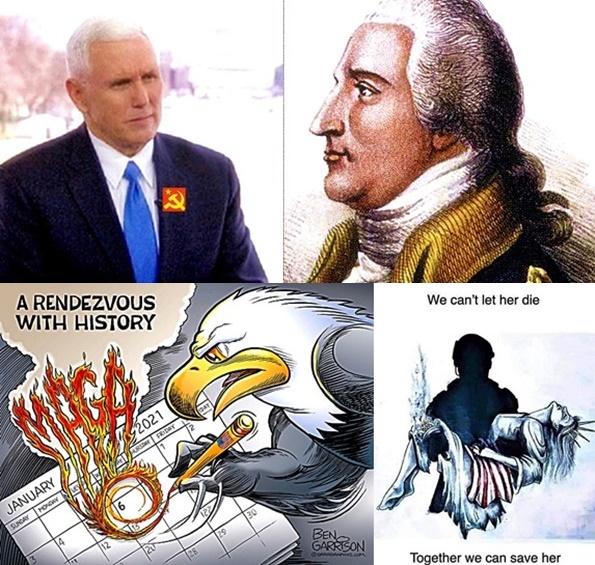 The pro-Communists in America’s once upon a time Two-Party System support the coup of election criminality then have the audacity to threaten Trump Patriots DAMN tired of corrupt government – including the Judiciary – to be prosecuted to the full extent of the law.

Think of that … BLM and Antifa Communists beat up Trump supporters, commit vandalism, loot from businesses AND face near zero legal consequences! Dem-Marxist commit election treason and no Courts listen and State governments DO NOTHING!

Pence is a TRAITOR! Move over Benedict Arnold. By all indications of who holds the reins of power, Pence succeeds in betraying the Founders’ Republic where Benedict Arnold failed.  … UNLESS … WE THE PEOPLE refuse to bow down even in the face of the legal power of tyranny and corrupt bullets that might seek our lives.

In the National File article PLEASE TAKE NOTE the moral outrage expressed by people calling themselves Republicans who stood on the sidelines with their heads stuck in the mud completely inactive to the ELECTION CRIMES perpetrated on the once shining light on a hill. Pence and his fellow threatening traitors may have extinguished that light with treasonous tyranny AGAIN…UNLESS…WE THE PEOPLE…

Or support by getting in the Coffee from home business making yourself extra cash – OR just buy some FEEL GOOD coffee, that includes immune boosting products. Big Tech Censorship is pervasive – Share voluminously on all social media platforms!

New statement reveals Pence conspired with Congressional leaders to authorize troop deployments in D.C. behind the President’s back 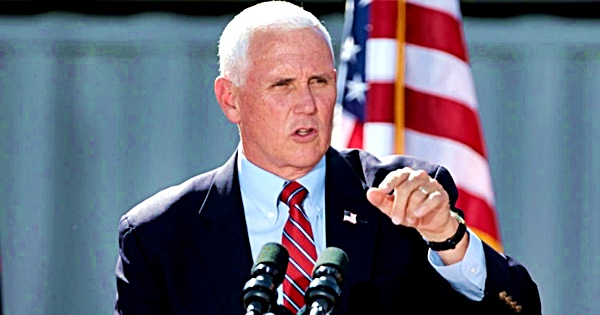 Vice President Mike Pence took to Twitter Wednesday to threaten the citizens who voted for his re-election in the 2020 presidential campaign, promising that pro-Trump protesters on Capitol Hill “will be prosecuted to the fullest extent of the law.” Moments later, news broke that Pence had defied Trump by unilaterally deployment the National Guard against American citizens.

According to a statement from the office of acting SECDEF Chris Miller, Pence met with Sen. Majority Leader Mitch McConnell, Sen, Minority Leader Chuck Schumer, House Speaker Nancy Pelosi, and House Majority Leader Steny Hoyer, and the lawmakers conspired to deploy the National Guard against protesters behind President Trump’s back.

"Our people are sworn to defend the constitution and our democratic form of government and they will act accordingly." pic.twitter.com/OR6vCBtOQC

JUST IN: US Acting Secretary of Defense states he discussed deployment of National Guard with VP Pence, Senate Leader McConnell, House Speaker Pelosi and Senator Schumer, but no mention of President Trump.

Additionally, Pence authored two tweets threatening punitive action against the citizens who voted for his re-election in 2020.

“The violence and destruction taking place at the US Capitol Must Stop and it Must Stop Now. Anyone involved must respect Law Enforcement officers and immediately leave the building,” Pence said.

Reports and video evidence indicate that Wednesday’s protest and occupation of federal buildings were mostly peaceful in nature, with the only reported fatality being a female protester who was gunned down by police.

“Peaceful protest is the right of every American but this attack on our Capitol will not be tolerated and those involved will be prosecuted to the fullest extent of the law,” Pence raged.

Peaceful protest is the right of every American but this attack on our Capitol will not be tolerated and those involved will be prosecuted to the fullest extent of the law.

President Trump called for peace in a video message Wednesday, but has been repeatedly attacked by GOP leadership in statements throughout the course of the day’s events.

In an appearance on the Fox News Channel, former White House Chief of Staff Reince Preibus called protesters domestic terrorists who “have no respect for democracy” and act “opposite of patriotism.” Preibus described the concerns of Trump voters in Washington as “pure insanity and disgusting.”

Gabriel Keane is a culture critic and current events commentator

© COPYRIGHT NATIONALFILE.COM. ALL RIGHTS RESERVED. © 2019 Flyover Media, LLC – All materials contained on this site are protected by United States copyright law and may not be reproduced, distributed, transmitted, displayed, published or broadcast, in whole or part, without the prior written permission of NationalFile.com [Blog Editor: Which I did not obtain and will remove the National File portion if asked.]

5 thoughts on “Move Over Benedict Arnold”