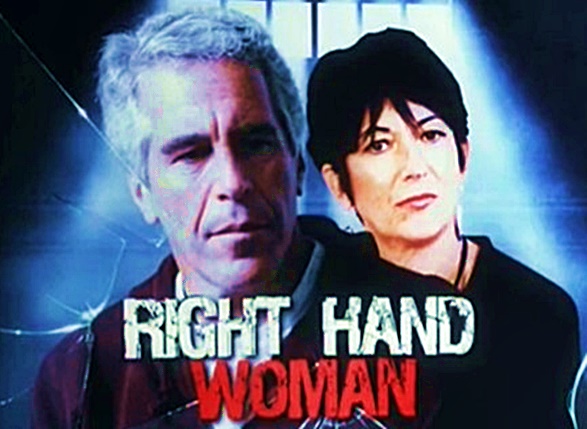 Before the totalitarian COVID deception hit America Jeffrey Epstein died in jail under suspicious circumstances. To my knowledge Epstein’s death is still officially a suicide while in police custody. Loads of evidence both circumstantial and specific suggests something other than a suicide. The “other than” led to a host of memes mocking the official death typically ending with something like “and Epstein didn’t kill himself”.

Epstein catered to the unsavory titillating desires of wicked powerful men usually with underage girls. I and many believe Epstein was silenced.

NOW Epstein’s essentially operations manager – Ghislaine Maxwell –  has been arrested and – GASP! – is in police custody. Besides wondering if her fate will be a silencing, an interesting editorial video put out by DEMOCREPUBLIX NEWS explores the arrest, the prosecutor in charge of the arrest, President Trump’s possible going after those going after him scenario and more.

VIDEO: Did Maxwell ‘Kill Herself’ By Getting Arrested?

Ghislaine Maxwell was caught in New Hampshire. Jeffrey Epstein’s partner-in-crime is now in U.S. custody in the darkest of all places, the Southern District of New York (SDNY).

The first thing on everyone’s mind should be, “Which faction actually has her and how long will she survive?”

Thanks for watching! Subscribe, so you don’t miss out on the news of the day.

For the latest news, go to http://www.democrepublix.com. We cover the REAL news that matters to We the People.

Jeffrey Epstein’s alleged madam is reportedly set to cooperate with the FBI after her arrest; reaction and analysis on ‘The Five.’