I grew up in Eastern Washington State. I currently live in Oklahoma. I had been considering returning to Washington State in my retirement years. Thanks to Dem Communists controlling the State West of the Cascades (only 1/3 controls 2/3 due to population density), that thought is OFF THE TABLE.

If you listen to Dems and their propaganda machine Mainstream Media, this so called CHAZ-CHOP zone overtaken by Antifa/BLM thugs is Seattle is a Summer of peaceful love. IT’S A COMMUNIST LIE! LEARN THE FACTS not lies thanks to News Target. 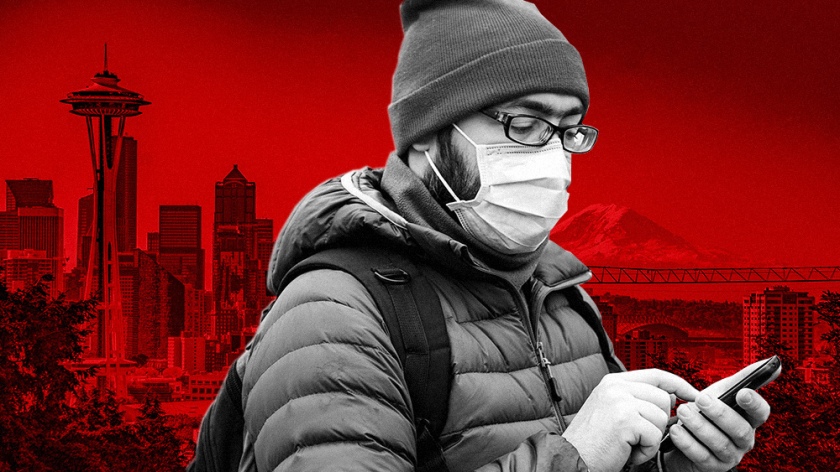 One America News Network (OANN) correspondent Jack Posobiec recently ventured into the so-called “Capitol Hill Autonomous Zone,” or “CHAZ,” in Seattle to see if what the mainstream media is reporting about it in any way resembles what is actually happening there. And sure enough, the fake news establishment is blatantly lying about the horrors taking place within the CHAZ, especially at night.

While the artificial media focuses primarily on the “good” things happening in and around the CHAZ during the day, portraying it as some kind of “street fair” or “block party” where families and children are safely welcomed, the night crowd, Posobiec says, is a completely different story.

In a roughly 20-minute live stream that he shared on Periscope, Posobiec took viewers on a journey through what has also come to be known as the “Capitol Hill Occupied (or Organized) Protest,” or “CHOP” for short. At night, Posobiec says, the CHOP is a certifiable war zone run by “mob rule” and “mob justice.”

“There’s no rule of law whatsoever,” he says, adding that “the media narrative on this place has been an absolute lie – absolute, utter lie.”

While filming large piles of trash littering the streets, Posobiec was heard stating during the livestream that “this place needs to be shut down.” Besides all of the consumer waste, Posobiec witnessed plenty of human waste as well, with urine, feces and everything in between dripping all over the streets.

Beyond this, Posobiec witnessed plenty of violence and crime, including a mob of domestic terrorists that swarmed a local auto yard and set it on fire. Someone had apparently broken into the facility with the intent of destroying it, which seems to be a common theme both with Antifa and Black Lives Matter.

As for who is running the show within the CHAZ, it appears to be a whole lot of anarchy with random armed people running around in total chaos. In other words, it is hardly the type of environment where civilized people would ever want to go, let alone bring their innocent children.

“I’m perfectly fine with people wanting to peaceably assemble there … but you’ve got to have some level of public safety,” Posobiec warns. “Something bad is going to happen.”

Brighteon VIDEO: Can we all declare our own AUTONOMOUS ZONES now?

Another lie being perpetrated by the leftist media is the claim that there is no armed security inside the CHAZ. According to the mainstream narrative, the six-block radius is a utopia of endless happiness, love and rainbows bookended by peace, when in reality it is more like a scene out of the film Waterworld.

The CHAZ does, in fact, have a makeshift police force that Posobiec says is run by “Raz and elements of Antifa, both of whom are armed. So the media’s completely lying to you when they say there’s no armed security,” he contends, citing the video footage he captured as evidence.

And contrary to the fake news media’s claim that the CHAZ maintains a “de-escalation” policy to avoid conflict, Posobiec says the truth of the matter is that it is actually the other way around.

“It’s the mob,” he says, noting that nobody is “social distancing” let alone keeping themselves clean with proper hygiene. “We’re done. We’re not going back” he says about he and his personal team’s continued coverage of the CHAZ.

More of the latest news about the CHAZ and other attempts by the left to bring about total anarchy is available at Chaos.news.

Sources for this article include:

NewsTarget.com © 2020 All Rights Reserved. All content posted on this site is commentary or opinion and is protected under Free Speech. NewsTarget.com is not responsible for content written by contributing authors. The information on this site is provided for educational and entertainment purposes only. It is not intended as a substitute for professional advice of any kind. NewsTarget.com assumes no responsibility for the use or misuse of this material. Your use of this website indicates your agreement to these terms and those published on this site. All trademarks, registered trademarks and servicemarks mentioned on this site are the property of their respective owners.

One thought on “Leftist “CHAZ” utopia a cesspool of violence, feces and human filth… undercover video exposes the truth”