Philip Haney was a Whistleblower who exposed the extant to which elements self-proclaiming to be peaceful Islam were in reality murderous transformist Muslims promoting an Islam that takes down America. Haney was silenced by Dem-friends of Islam looking for a fundamental transformation of America.

When it appeared imminent that Haney was returning to the Department of Homeland Security (DHS), it was reported that Haney mysteriously committed suicide. Following a long line of people who died suspiciously that might have exposed Dems to criminal culpability. (Can you say Jeffrey Epstein, Seth Rich and a horrendously long line deaths connected to the Clinton crime cartel? [Consevapedia & Akdart])

Is Philip Haney yet another death that no one will face justice in a court of law? FPM has the latest on the Haney murder.

Philip Haney’s Death Not a Suicide

DHS whistleblower did not kill himself, say Reps. King and Gohmert. 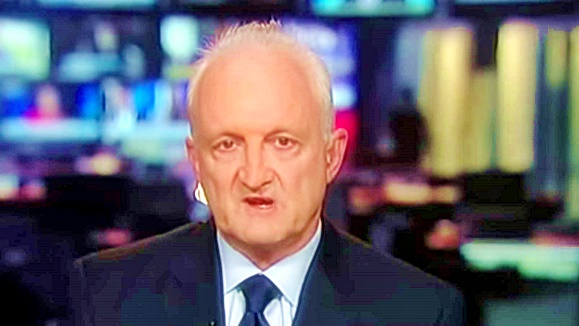 Former Department of Homeland Security Whistleblower Philip Haney was found dead in Amador County, California, last month. Early reports said the death was due to a self-inflicted gunshot, but Haney’s friends in Congress say that isn’t so, with the support from a February 24 Coroner’s Investigation Update by the Amador sheriff’s office.

As that report explains “there was misinformation immediately being put out that we have determined Mr. Haney’s death to be a suicide. This is not the case.” Mr. Haney was “located in a park and ride open area immediately adjacent to State Highway 16 near State Highway 124. Highway 16 is a busy state highway and used as a main travel route to and from Sacramento. The location is less than three  miles from where he was living,” in the Sierra foothills east of Sacramento.

As Michelle Mears noted in the California Globe, Haney’s relatives and friends did not believe he had killed himself. According to Kerry Picket in the Washington Examiner, Haney was “recently in contact with top officials about returning to work for the DHS.”

As Haney explained in The Hill on May 5, 2016, the Department of Homeland Security ordered him “to delete or modify several hundred records of individuals tied to designated Islamist terror groups like Hamas from the important federal database, the Treasury Enforcement Communications System (TECS).” Haney described the campaign in See Something Say Nothing: A Homeland Security Officer Exposes the Government’s Submission to Jihad.

The Amador County Sheriff is cooperating with the FBI to analyze “documents, phone records and a lap top that were recovered from the scene and Mr. Haney’s RV.” The sheriff has also obtained “the firearm located at the scene” but has not revealed the type of weapon. A forensic autopsy has been scheduled and as Cheryl Chumley reported in the Washington Times, Haney’s friends in Congress are weighing in.

“I don’t believe that Phil Haney committed suicide.” Rep. King said on the House floor this week. Rep Louis Gohmert, Texas Republican also disbelieved the suicide story. “I’d been concerned about his safety, with all the information he knew and people who could’ve gotten in trouble.”  Gohmert and King said Haney carried a thumb drive containing sensitive documents and according to the Washington Times report “that thumb drive is curiously missing.”

Philip Haney worked as a field agricultural entomologist in the Middle East, where he began studying Arabic and the Quran. In a 2016 interview, with Frank Gaffney Haney said Islamic jihadists “always say that Islam is a religion of peace. Because for them, shariah equals peace.” They also leave “scent trails” and Haney proved adept at tracking them.

The mosque that San Bernardino terrorist Syed Farook attended was part of the Tablighi Jamaat network and the Obama administration deleted sixty-seven records out of the system that Haney worked on as a component of the Tablighi case. Had those records not been deleted, Haney said, it was plausible that Farook would not have been able to travel to Saudi Arabia, Tashfeen Malik would never been given a visa, “and then we would have stopped the attack.”

The attack was not stopped and on December 2, 2015, Syed Farook and wife Tashfeen Malik murdered 14 people and wounded 22 before being taken down by police. Farook’s mother Syed Rizwan Farook the U.S. Attorney for California’s central district reports, “has agreed to plead guilty to a federal criminal charge of intending to impede a federal criminal investigation by shredding a map her son generated in connection with the attack.”

A man who writes a book exposing U.S. government submission to jihad is bound to have enemies. High on the list of suspects would be Islamic terrorists and those who deny their jihadist cause.

As they investigate the death of Philip Haney, the FBI should take a hard look at every DHS official who blocked him from telling the truth about jihadist networks in the United States. The FBI should also have a long talk with Jeh Johnson, DHS Secretary from 2013-17.

After Haney’s testimony to the Senate Judiciary Committee in 2016, Sen. Ted Cruz asked Johnson if Haney’s testimony was accurate. “I have no idea. I don’t know who Mr. Haney is,” Johnson replied. “I wouldn’t know him if he walked into the room.” If federal investigators disbelieve those claims it would be hard to blame them.

Haney said the DHS investigated him nine times and revoked his security clearance. The Department of Justice charged that Haney “misused a government computer,” charges later dropped. The news that Haney might be returning to DHS would not thrill Obama “wing man” Eric Holder, who has been telling reporters looking into DOJ malfeasance to “shut the hell up.”

Meanwhile, reports that DHS whistleblower Philip Haney killed himself amount to misinformation and at this writing the killer is unknown. According to the Amador County Sheriff,  “no determination will be made until all evidence is examined and analyzed.”