I read this CBN article rapidly and did not notice President Trump’s name in it. BUT the theme of this article is the very reason the Dems, the RINOs and various forms of Leftists want Trump gone by any means necessary. The theme is Biblical-minded Christians are being placed in a position to choose between their Biblical Christian conscience and the ever increasing government mandate to de-Christianize American culture. President Trump is an obstacle to this Leftist de-Christianizing transformation.

5 For those who live according to the flesh set their minds on the things of the flesh, but those who live according to the Spirit, the things of the Spirit. 6 For to be [a]carnally minded is death, but to be spiritually minded is life and peace. 7 Because the [b]carnal mind is enmity against God; for it is not subject to the law of God, nor indeed can be. 8 So then, those who are in the flesh cannot please God. –Romans 8: 5-8 NKJV 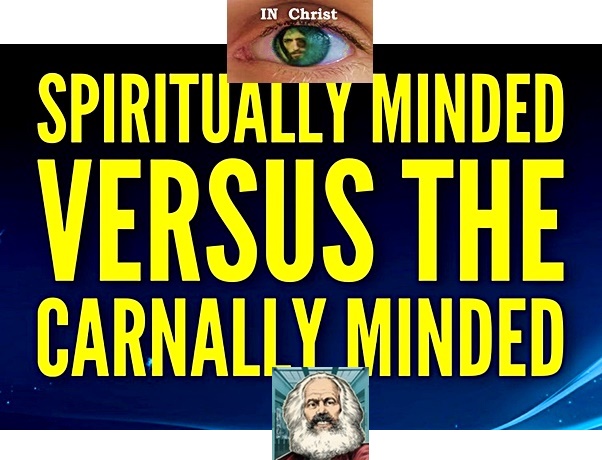 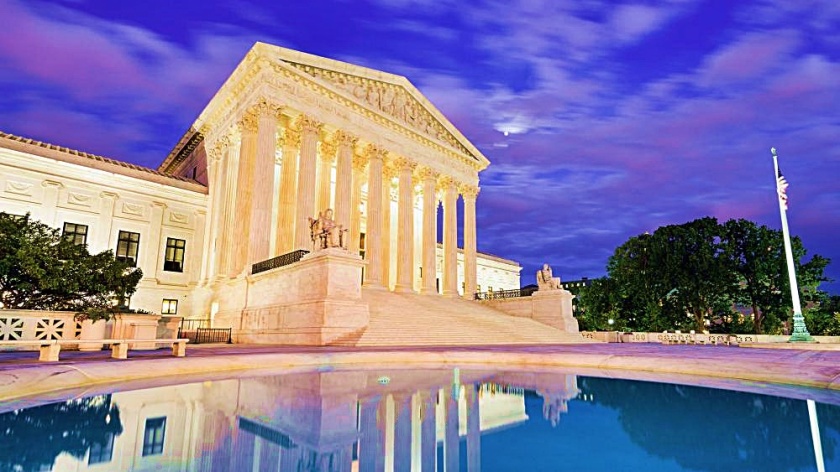 WASHINGTON – Religious liberty today faces more challenges than ever.  If you pay attention to the headlines, you know these are dangerous days. The battleground is often in the courtroom, where a frequent defender of religious liberty there sees new reasons for hope.

Becket Fund for Religious Liberty Senior Counsel Luke Goodrich points out every human has a conscience, and the government shouldn’t be messing with it.

“It’s that inner voice that urges us to choose the good and reject evil,” Goodrich told CBN News.

He has fought for the right of conscience several times before the US Supreme Court, and writes about huge challenges to it in his new book titled Free to Believe: The Battle Over Religious Liberty in America.

“When the government comes in and forces us to violate our conscience, it’s forcing us to go against our human nature and violating a fundamental human right,” Goodrich said.

But as America moves toward a post-Christian era, issues long felt by believers and their conscience as wrong are now exalted.  Therefore any opposition to them is condemned as rank discrimination.

He added, “We’re seeing all kinds of new religious liberty conflicts and Christians really being put to the choice: will you obey God or will you obey the government?”

“If you’re a Bible-believing Christian and you hold a traditional view on sex and marriage, then the rapid advance of gay rights is certainly the most significant religious liberty threat today.  And we’re seeing conflicts in multiple areas all across the country,” Goodrich noted.

The government long ago said you can’t discriminate based on someone’s race or sex. If the Supreme Court this term rules “sex” includes sexual orientation or transgender status, it could mean real trouble for those with biblical views on human sexuality.

You could likely multiply by the thousands new legal problems of the kind suffered by Christian baker Jack Phillips, who refused to make a cake celebrating gay marriage and ended up in a legal battle over his conscience rights for years.

“Thousands of religious organizations will face new lawsuits and new liability simply for acting on their long-standing beliefs about human sexuality,” Goodrich predicted.

At one point, supporters promised same-sex marriage wouldn’t harm anyone. Well, depending on how the high court rules, Goodrich pointed out those same people could go all out, claws bared, to get their opponents.

“There’s a strong effort right now, particularly among progressives, to brand traditional Christian beliefs about marriage as a form of bigotry, and then use the power of the state to punish those religious beliefs and practices,” he said.

On the other hand, Frank Wright of D. James Kennedy Ministries maintains believers back only one-man, one-woman marriage because it’s healthy for families.

“The Bible says it because it’s for our welfare. It’s what enables families to flourish,” Wright told CBN News. “The secular research going back decades is irrefutable. Children do better when they have a mom and a dad.  And they are safer, they are more economically secure, they have less bad outcomes in life in terms of drugs and crime and all these things. It’s God’s design because it’s what’s best for us.”

He’s sad that homosexuals and their allies view the conservative support of one-man, one-woman marriage as bigotry and hatred.

Wright explained, “If they were to come to me and say ‘Why do you hate me?’ I would explain to them that I don’t. ‘You and I see this issue totally differently.  I don’t hate you.  Why should I hate you?   And why should you hate me because we disagree?'”

Goodrich believes some of this comes from how modern society views religion.

“I think our culture is not really hostile to religion per se, but rather draws a distinction between good religion and bad religion,” he explained.

On the other hand, this same culture sees bad religion as one that makes moral judgments among other things.

“Makes absolute truth claims. It doesn’t stay confined to the four walls of the home or the church, and it gets out there,” he said. “It evangelizes. It claims truth and it actually makes moral judgments.  And that kind of religion really today is deemed to be bad, and folks are much more willing to use government power to punish those sorts of belief.”

Forced to do the Transgenders’ Bidding

As for the transgender issue, the Obama administration mandated that doctors and hospitals provide surgery for men who wanted to be turned into women and women into men.

Goodrich explained the government was ordering doctors to perform those surgeries, “Even when it violated their religious beliefs and their medical judgment.  And if they didn’t do that, they would be deemed to be discriminating and would be subject to government penalties.”

Abortion is another battleground where supporters try to demonize those who can’t and won’t back it.

Those Against Abortion Labeled as Discriminators

“If you as a Christian, whether you’re a doctor or an employer, if you oppose abortion, you’re somehow denying health care to women and discriminating against women,” Goodrich explained.

This Becket lawyer fought for both the Little Sisters of the Poor and Hobby Lobby’s pro-life stand before the Supreme Court.

“The government was trying to force them to provide abortion-causing drugs in their health insurance plans or in their businesses, even when their conscience told them ‘you cannot participate in an abortion,'” Goodrich said of his clients.

Many Dark Clouds, But a Silver Lining

The high court ruled in favor of both, and Goodrich says believers can take hope in how often their conscience rights win in court.

“There are some real difficulties ahead, and we should take stock of where we’re at and be realistic. But at the same time, there’s a lot of reason for hope.  We have a 90 percent win rate and we’re undefeated at the US Supreme Court,” Goodrich said.

He warned, however, Christians need to prepare for defeats and learn how to show Christ’s love even to a culture that’s turning more and more against them.

How the Bible Can Guide Us in Such a Time

“Much of scripture is written to Christians who are facing suffering and persecution for their faith.  And as Christians, we need to recall those teachings and let those influence us,” Goodrich argued. “And it’s not just about winning or fighting a culture war.  It’s actually more about being like Christ in the midst of these conflicts.”

What this attorney hopes for is a government that just leaves religion alone as much as possible.

For instance, in public schools, it shouldn’t force students to pray, but can allow a time where they can pray if they want. It shouldn’t build a cross on government property, but it can let those there stand. It shouldn’t oppose religion OR promote it. It should just let it be.