Well-Well… Speaker-in-Name-Only Pelosi has decided to have a House Resolution on an Impeachment Inquiry Thursday 10/31/19. That certainly signifies Pelosi feels she has the votes to follow through with the idiocy of impeaching for zero crimes.

BUT what I am interested in are those who will go on record – be it Dems or RINOs – to get rid of a duly elected President who has committed no crimes such as Slick Willie did in the 1990s. Especially those Dems who won close and dubious elections in their Districts will probably be gone in November 2020. AND if any RINOs vote impeachment I pray to God they are primaried out of Office. 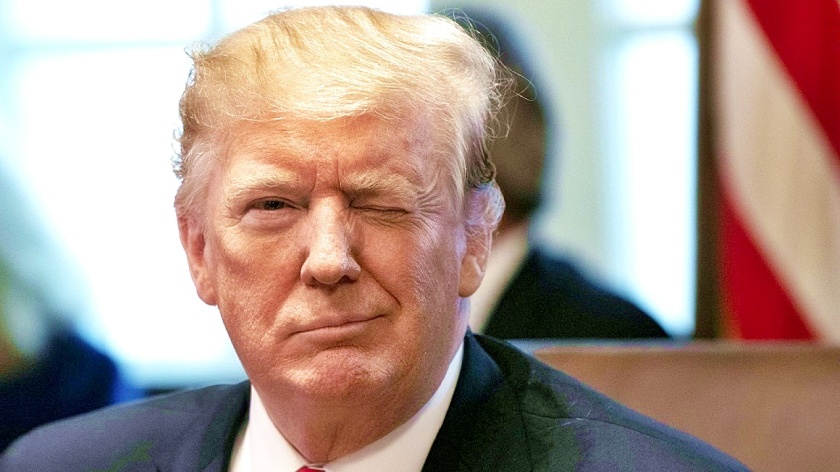 By  We The People Daily [staff]

We The People Daily

House Speaker Nancy Pelosi said Monday the House will finally vote this week on a resolution to legitimize the Trump impeachment inquiry – which is exactly what Trump wanted them to do.

Pelosi sent out a formal letter to Democratic House lawmakers to say that the resolution “affirms the ongoing, existing investigation” and “establishes the procedure” for future investigative steps.

“We are taking this step to eliminate any doubt as to whether the Trump administration may withhold documents, prevent witness testimony, disregard duly authorized subpoenas, or continue obstructing the House of Representatives,” Pelosi said.

The vote is slated to take place Thursday on the House floor.

The actual result that will come from the vote is the setting of process ground rules. Now the Democrats will have to play by the rules that they were conveniently ignoring before.

Republicans, fully aware that Pelosi took the bait, seized the opportunity to go after the Dems.

South Carolina Sen. Lindsey Graham criticized Democrats by saying, “A vote now is a bit like un-ringing a bell as House Democrats have selectively leaked information in order to damage President Trump for weeks.”

House Minority Leader Kevin McCarthy said, “What it authorizes is that we were right. You can’t go back now.”

The White House pointed out that the move serves as proof that Democrats have been conducting an “unauthorized” inquiry.

“We won’t be able to comment fully until we see the actual text, but Speaker Pelosi is finally admitting what the rest of America already knew – that Democrats were conducting an unauthorized impeachment proceeding, refusing to give the President due process, and their secret, shady, closed-door depositions are completely and irreversibly illegitimate,” White House press secretary Stephanie Grisham said in a statement.

For weeks now, Republicans have been calling for a formal House vote, arguing that the current handling of impeachment was illegitimate.

Earlier this month, the White House sent a daring eight-page letter to Pelosi and other top Democrats saying that it would not cooperate with the fraudulent impeachment inquiry.

“I take pride in the fact that our vigorous response to their underhanded tactics ended up making the House Democrat position untenable,” Graham said Monday. “Today, they were forced to change course.”

Pelosi made clear in her letter that the vote is being conducted because of the pressure put on by Republicans.

She accused Trump and his GOP allies of holding the position that “because the House has not taken a vote, they may simply pretend the impeachment inquiry does not exist.”

Even as she announced a formal vote, Pelosi insisted Monday that this argument “has no merit.”

“This resolution establishes the procedure for hearings that are open to the American people, authorizes the disclosure of deposition transcripts, outlines procedures to transfer evidence to the Judiciary Committee as it considers potential articles of impeachment, and sets forth due process rights for the president and his counsel,” she said.

Just two weeks ago, however, Pelosi was adamant that there would be no formal vote at that point, refusing to bend to meet Republican demands.

Democrats are now saying that Pelosi has changed her mind, embracing a vote for “strategic reasons.”

Copyright © We The People Daily. All right reserved