You’ve probably heard by now that President Trump’s private enterprise at Mar-a-Lago (though probably not controlled by Trump while President) cancelled an annual event hosted by Brigitte Gabriel’s ACT for America event due Leftist/Muslim pressure.

The irony is Gabriel’s Counterjihad work too often goes out of its way to emphasize ACT for America is not Anti-Muslim but IS anti-radical Islam especially as it leads to Islamic terrorism.

In that sense it has always been my opinion Gabriel has been too soft on Islam yet still doing great work in exposing the nefarious actions of Muslim terrorists and educating on Islamic history, a history though accurate you will rarely hear or read about due to Multiculturalist/Muslim-Apologist whitewashing.

Especially since I am still in Facebook Jail, I have no qualms in saying ISLAM is freaking EVIL according to its own revered writings instructing Islamic adherents to despise ALL non-Muslims specifically naming Jews, Christians, Zoroastrians (mostly killed off by early Muslims), with some vehement hatred toward adherents of polytheistic religious beliefs. From Hugh Fitzgerald on Islamic revered writings displaying hate against non-Muslims:

The main texts of Islam are the Qur’an, the Hadith, and the Sira. The Qur’an is the Uncreated and Literal Word of God. It cannot be changed. It contains contradictions within itself, which long ago were resolved in favor of what are thought to be the later, and harsher verses. The “harsher” verses are said to date from Muhammad’s time in Medina, after he conquered that city. No longer needing to curry favor with anyone, as he had had to do in Mecca, he could afford to be as harsh as he pleased. The interpretive vehicle for dealing with contradictions in the Qur’an, and favoring the later verses, is “abrogation” or naskh. The doctrine dates back more than a millennium. Nonetheless, some have suggested that the doctrine be abandoned, so that the harsher verses no longer would be held to abrogate the softer verses from Muhammad’s “Meccan” period. This is unlikely to be accepted by more than a handful of would-be “reformers of Islam.” (A Vademecum On Islam: Five Pillars, Qur’an, Hadith, Sira; By Hugh Fitzgerald; Geller Report; 8/2/17)

Here is a link to specific portions of Islamic revered text expressing adversarial instructions for Muslims to apply: https://wikiislam.net/wiki/Qur%27an,_Hadith_and_Scholars:Dhimmitude

And those are a mere few there are much-much more. YUP I am definitely Anti-Islam. AND I am Anti-Muslim toward any who abides to Islamic writings revered as Islamic truth yet detrimental to my existence. From what I’ve read and heard, Brigitte Gabriel is NOT on that same anti-Muslim train. She is only on the anti-Radical-Islam train.

Consider Brigitte Gabriel’s justified dismay upon learning a Meeting Place owned by President Trump – whom Gabriel has ardently supported through thick and thin! – cancelled her paid-for contractual event under accusations of being “Anti-Muslim”:

Posted by ACT for America

Mar-a-Lago Cancelled ACT for America’s 11th Annual Dinner Gala. We are asking for President Trump to stand with free speech and overturn the decision.

Below are a couple of articles you can place in the dismay realm from Understanding The Threat and One News Now.

In the face of public criticism from the Southern Poverty Law Center (SPLC), the Anti-Defamation League (ADL), and Hamas doing business as the Council on American Islamic Relations (CAIR), the Trump Organization shut down an Act for America event scheduled at the President’s Mar a Lago resort in November featuring Michelle Malkin.

If that were the only surrender to the suit-wearing jihadis, it would be bad enough. But it is worse than just a cancelled event.

On September 25, 2019, the Department of Homeland Security and Administration officials hosted an event in the White House entitled “Faith Based Safety and Security Symposium” attended by Vice President Mike Pence and senior DHS officials.

Unfortunately, Oussama Jammal, a man UTT identifies as one of the top two Muslim Brotherhood leaders in the United States, also attended. 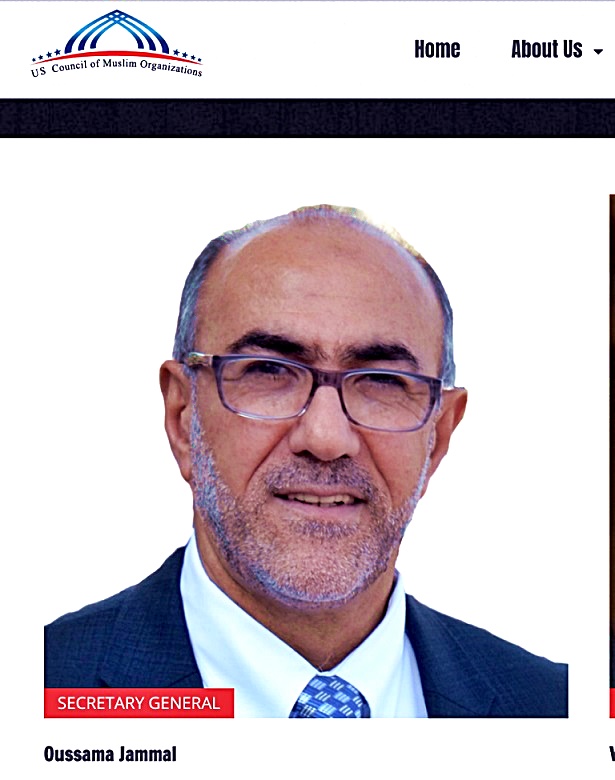 Days before the White House event, Oussama Jammal along with U.S. Hamas Leader Nihad Awad – a man UTT identifies as the General Masul or Leader of the U.S. Muslim Brotherhood – met with Turkish President Erdogan in New York.

Understanding the Threat (UTT) assesses Turkish President Erdogan is the likely next Caliph for the global Islamic Movement, and assesses the enemy is in their final stages of preparing to announce the caliphate.

The Administration’s participation with leaders of the hostile Islamic Counter-State like Oussama Jammal reveals a gross lack of understanding of the true nature of the threat, and dangerous surrender to their efforts.

This should be a clear call to all Americans that this war will be won or lost at the local level. Citizens must know and understand the threat from the Islamic Counter-State at the LOCAL level, and force local officials to take actions to dismantle the jihadi networks and keep future networks from being established.

UTT is a leader in the counter-jihad and is the only organization in America giving citizens, police, elected officials and local/state leaders tools to identify and dismantle jihadi networks in local communities.

Reach out to us at UnderstandingtheThreat.com.

John Guandolo is a US Naval Academy graduate, served as an Infantry/Reconnaissance officer in the United States Marines and is a combat veteran, served as a Special Agent in the FBI from 1996-2008, and was recruited out of the FBI by the Department of Defense to conduct strategic analysis of the Islamic threat. He is the President and Founder of Understanding the Threat (UTT).

Left works to shut down conservative group at Mar-a-Lago

ACT for America has one gala dinner a year to raise money for its mission to ensure the safety and security of Americans against foreign and domestic threats – including Islamic terrorism.

ACT for American Chairman Brigitte Gabriel pointed out that this year’s event was reserved earlier in the year at Trump’s Florida estate Mar-a-Lago.

“We signed a contract with Mar-a-Lago back in April that we were going to have this dinner gala,” Gabriel stressed. “We had elected officials invited to be honored, [and] we had Michelle Malkin as the keynote speaker.”

The nationally syndicated columnist, Malkin, blasted activist groups on the left for shutting down and silencing conservatives.

“I planned to talk to ACT for America’s gala attendees about the ongoing national security threat that jihad-coddling Muslim grievance groups and other identity politics agitators in the ‘Open Borders, Inc.’ infrastructure pose to our country’s very existence,” Malkin wrote in her op-ed published on ONN. “But thanks to the Southern Poverty Law Center, Council on American Islamic Relations, Miami Herald, copycat journalists and the Trump Organization, the event was banned from Mar-a-Lago.”

She said it isn’t hard these days for liberals to keep those with opposing views from meeting and speaking.

“All it took was a noisy little echo chamber of lazy media lemmings in search of weekend clickbait,” Malkin continued. “On Saturday morning, the Miami Herald published an inflammatory attack masquerading as ‘breaking news’ with the headline: ‘Anti-Muslim extremist group says it will host $1,500-a-plate gala at Trump’s Mar-a-Lago.’”

Gabriel echoed Malkin’s concern, recounting what happened once the usual suspects on the left got wind of the event.

“The Southern Poverty Law Center put an article out on Friday at midnight are basically saying that we are an anti-Muslim hate group,” the leader of ACT for America explained. “And then, of course, the Miami Herald put it out and within a couple hours we got an email on a Saturday morning from the Trump organization saying we are cancelling the event.”

In fact, the Trump Organization – not to be confused with the Trump Campaign or administration – said, “This event will absolutely not be taking place at Mar-a-Lago.”

Gabriel indicated that lawyers at the resort simply panicked.

“Of all organizations, the Trump Organization … should understand what it’s like … for people to accuse an innocent person by calling them names,” she argued.

Gabriel is very clear that she does not blame the president for the cancellation and that the still supports him.

Left works to shut down conservative group at Mar-a-Lago

One thought on “ACT for America Cancelled by Trump’s Mar-a-Lago!”