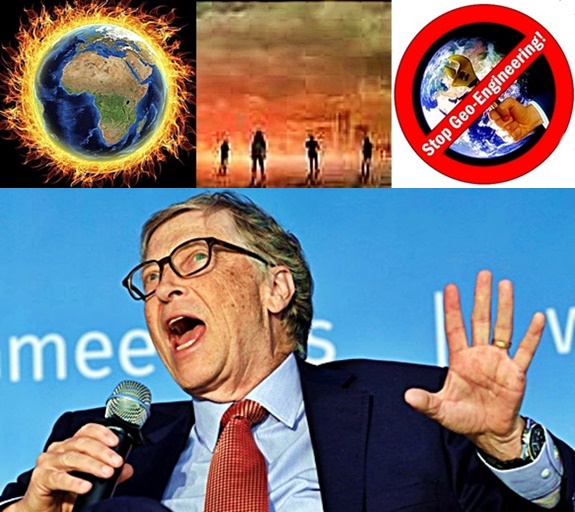 If you listen to Dem candidates for President and prominent Dems such as AOC, you hear Climate Change (formerly known as Global Warming) is a man-made disaster due to humanity’s dumping pollution of one form or another into the Earth’s atmosphere. The primary pollutant apparently is form of carbon spewed by factories, automobiles, jet planes and so you get the idea. A common scare-monger axiom according to these Leftist hysterics human life as we know it will cease in a decade give or take a couple of years.

What if the reality is the Earth’s Climate progresses through various stages of warming and cooling? AND the hysterical Leftists are actually preparing to manufacture the very Climate disaster the Left blames on Capitalism to achieve a lunacy that will harm food production, the air we breath and the sunlight needed for normal life to exist on planet Earth.

In essence the Left is creating a Climate to justify a power-grab that actually commits massive genocide rather than perpetuate a living quality of life.

Leftist Billionaires are the actual culprits and YOU will be the victim.

Project SCoPEx: Bill Gates pursuing a plan to carry out planetary GENOCIDE under the guise of halting “climate change” 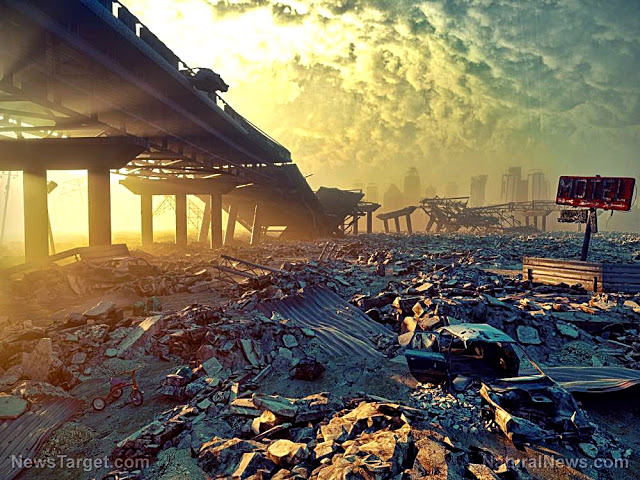 SCoPEx is an acronym for “Stratospheric Controlled Perturbation Experiment,” and it’s the name of a new Bill Gates-funded global genocide experiment designed to eliminate most living humans by collapsing the biosphere. The dangerous SCoPEx plan, which is being masterminded by mad scientists at Harvard, falls right in line with the genocidal dreams of communist Democrat presidential candidate Bernie Sanders, who recently announced his endorsement for expanding mass abortions across Third World nations in order to achieve accelerated depopulation of brown and black people.

Both SCoPEx and Bernie Sander’s eugenics population control scheme are being packaged under the label of halting “climate change,” a false, manufactured crisis invented by globalists to spread mass hysteria and convince the people of the world to surrender all remaining liberties.

“This is not the crackpot plan of a garden-shed inventor,” writes the UK Daily Mail. “The project is being funded by billionaire and Microsoft founder Bill Gates and pioneered by scientists at Harvard University.”

The SCoPEx project seeks to replicate the effects of an apocalyptic volcano disaster such as the 1815 eruption of Mount Tambora, which ejected so much particulate matter into the atmosphere that it produced what was called, “the year without a summer.” Food crops failed across the planet, leading to mass starvation and disease. This is what Bill Gates and today’s mad scientists are working to replicate through artificial means. And yes, it’s all about unleashing mass starvation, genocide and depopulation on a global scale.

The mechanism by which this is achieved is rather straightforward. By ejecting millions of tons of particulate matter (i.e. pollution) into the stratosphere, a measurable amount of sunlight is blocked and prevented from reaching the surface of the Earth, where plants grow. All plants need sunlight and carbon dioxide for photosynthesis, so reducing sunlight — even a little — would devastate plant-based food webs, food crops and ecosystems across the planet. Because marine ecosystems also depend on the photosynthesis that takes place in phytoplankton, the pillar of marine food webs, much of ocean life as we know it today would also collapse, leading to a cascading ecological nightmare that would destroy global food supplies and lead to the mass starvation of humans, land animals and sea creatures.

We aren’t the only ones concerned about the implications of planetary-scale geoengineering and deliberate mass pollution of the skies. Even the UK Daily Mail admits the project generates, “fears that it could trigger a disastrous series of chain reactions, creating climate havoc in the form of serious droughts and hurricanes, and bring death to millions of people around the world.” The UK Daily Mail continues:

One fear is that spreading dust into the stratosphere may damage the ozone layer that protects us from hazardous ultraviolet radiation which can damage human DNA and cause cancers. Climatologists are also concerned that such tinkering could unintentionally disrupt the circulation of ocean currents that regulate our weather. This itself could unleash a global outbreak of extreme climatic events that might devastate farmland, wipe out entire species and foster disease epidemics… This dream ‘fix’ seems to have plenty of potential to become a global nightmare.

Note that this is all being deliberately rolled out in the name of “climate change,” which has become the cry of genocidal maniacs like Bill Gates, Elizabeth Warren and Bernie Sanders… people who now openly talk about global-scale eugenics and depopulation as “the only way to save the planet.” Warren even claims that humanity only has 11 years remaining on planet Earth before a climate apocalypse destroys everything. So they use this fabricated fear to justify mass murder, essentially telling the world that billions of humans are going to have to die in order to prevent the planet from collapsing. Yet the real collapse is being engineered by these same people who actively seek to carry out planet-scale genocide.

If successful, they will kill 1000 times more people than the Holocaust. We’re talking about roughly six billion humans being annihilated by globalists, all in the name of “saving the planet.” It’s difficult to out-Hitler Hitler, but Bill Gates may yet go down in history as the man who spearheaded a global pollution program that murdered six billion humans. (All in the name of caring about the environment, of course.)

No longer a theory; these programs are funded and being rolled out right now

It’s no longer a conspiracy theory that the world’s political and science leaders want to mass murder humanity: It’s now admitted and right out in the open. The experiments are already funded and under way at this very moment. All voices of reason who are sounding the alarm on this issue are censored, silenced, de-platformed and ridiculed. Yet the experiments are under way right now to systematically pollute the atmosphere. Now, thanks to the lunacy of the climate change cult, the goal is to pollute the planet and block the sun, then collapse global food webs and starve out billions of people.

This is beyond geoengineering. It’s actually terraforming, as I have explained in previous articles.

Watch my exclusive video explaining all this, and share everywhere you can.

Brighteon VIDEO: Bill Gates has a plan for mass genocide on a planetary scale

I will be discussing this global eugenics agenda in great detail in an upcoming live event in Branson, Missouri. The event is produced by GenSix.com which also sells live streaming access to watch all the speakers, spanning three days. My talk focuses on the terraforming agenda and the globalist plan to eliminate most human beings from planet Earth, preparing Earth for what I call a “post-human era.”

Project SCoPEx: Bill Gates pursuing a plan to carry out planetary GENOCIDE under the guise of halting “climate change”

All content posted on this site is protected under Free Speech. NewsTarget.com is not responsible for content written by contributing authors. The information on this site is provided for educational and entertainment purposes only. It is not intended as a substitute for professional advice of any kind. NewsTarget.com assumes no responsibility for the use or misuse of this material. All trademarks, registered trademarks and service marks mentioned on this site are the property of their respective owners.