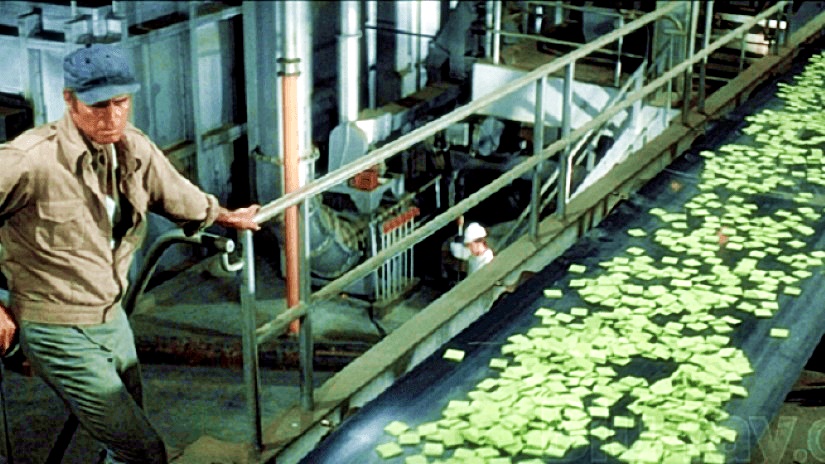 Have you ever watched the 1973 Sci-Fi flick “Soylent Green”? Here’s the descriptive scenario:

“In the NYC of 2022 … the temperature never drops below a humid 90. Over 20 million people are out of work. There is no middle class. The poor sleep where they can and join together for the daily food riots. The rich live in high-rise furnished apartments that come complete with young women. The apartments also feature unheard-of amenities like hot water and free-flowing electricity, and the people who can afford them can also afford black market luxuries like eggs, jam, and the rarest of all, real beef.

The cops are as corrupt as ever, and the government is merely a small branch of the Soylent Corporation—the international conglomerate that controls two-thirds of the world’s food supply by manufacturing cheap crackers out of chemicals and vegetable matter. There are no trees, there are no animals, water is rationed, and the city averages about a hundred murders a day.” (Why Soylent Green is More Relevant Now Than Ever; By Jim Knipfel; Den of Geek; 5/9/18)

Soylent Green is the apocalyptic Leftist vision of overpopulation, Climate Change and the scarcity of food. What was the Soylent Green solution? Lie to people and tell them a mass produced food product made from ocean plankton will stave global hunger. The truth hidden from people – the Left are experts in hiding truth – Soylent Green is made from PEOPLE. Thus legitimizing cannibalism for the good of humanity!

Charlton Heston in the 1973 sci-fi classic.

Is it far fetched alarmism? NOT ANYMORE!

Brought to you by the psychologists and Left Stream Media who have normalized homosexuality and hatred of all morality from the Bible – Cannibalism will solve the hunger crisis that doesn’t exist where Western methodology prevails over Third World nation and Marxist methodologies. 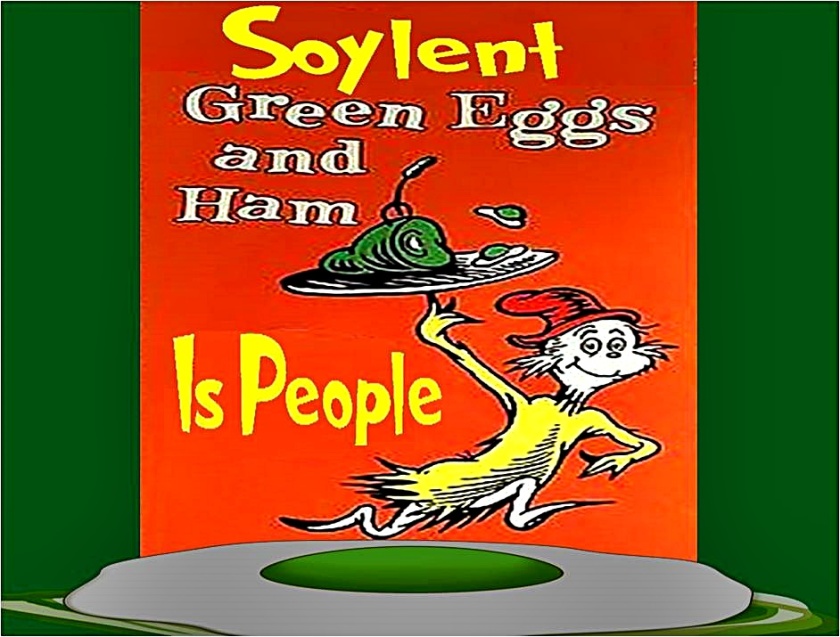 Is it time for people to start eating other people in order to solve the crisis of world hunger? Newsweek seems to think so, as the left-leaning media outlet recently published an outlandish piece pushing the notion that it might be time for human beings to rethink the “ultimate taboo” of cannibalismas the next step forward for “progress.”

Citing a paper published by psychologists Jared Piazza and Neil McLatchie from the University of Lancaster in the United Kingdom, Newsweek makes the proposition that cannibalism might not be all that bad after all because some cultures throughout the world have been doing it since the beginning of time.

According to Piazza and McLatchie, most people find cannibalism disgusting and abhorrent not because it actually is, but because society has trained everyone to think this way. If it weren’t for the concept being “overridden by our feelings of repulsion and disgust,” more people would accept cannibalism as normal, these two contend, with the apparent approval of Newsweek.

Stopping short of actually promoting cannibalism, since they claim “there is no need to overcome our repulsion for the foreseeable future,” Piazza and McLatchie contend that humans should start trying to overcome their aversion to human flesh because one day they might have to eat human flesh in order to survive.

“Many people develop disgust for all kinds of meat, while morticians and surgeons quickly adapt to the initially difficult experience of handling dead bodies,” the two authors write in their paper. “Our ongoing research with butchers in England suggests that they easily adapt to working with animal parts that the average consumer finds quite disgusting.”

It’s unreasonable for people to not want to eat human flesh, claim academics

If you’re still too grossed out by the thought of consuming human flesh despite all of this, that revulsion isn’t a matter of reason, these two academics further claim. You’re actually being unreasonable, they insist, because some people throughout history have had to eat other people in order to survive.

In their paper, they propose the story of the famous 1972 Andes plane crash as one prominent example, citing the fact that survivors almost starved to death before “succumbing to reason” and “eating those who had already died.”

In other words, it’s completely reasonable for people to eat other people – and if you don’t agree, then you’re the problem.

This is the type of new-wave leftist thinking that’s apparently sweeping the editorial room at Newsweek, which gladly republished the manifesto on this topic, which first appeared in The Conversation.

Its stated goal is to get readers to rethink the idea of cannibalism by de-coupling it from the notion of “personhood and flesh.” In other words, these two academics, along with Newsweek and The Conversation, want readers to stop thinking about human flesh as being human at all, and pretend as though it doesn’t come from actual people.

If “we can’t silence our thoughts about the person [the meat] came from,” they claim, then this is simply a manifestation of our anti-cannibalism “bias” rearing its ugly head.

“For now,” these two authors insist that it’s okay to not embrace cannibalism because it isn’t yet a necessity. But in their mind, it one day could be, seeing as how “philosophers have argued that burying the dead could be wasteful in the context of the fight against world hunger.”

“… we’re as happy as you are to continue accepting the ‘wisdom of repugnance,’” they conclude, satisfied with at least having put the idea out there for people to chew on – no pun intended.

To keep up with the latest derangements coming out of academia, be sure to visit Propaganda.news.

Sources for this article include:

All content posted on this site is protected under Free Speech. NewsTarget.com is not responsible for content written by contributing authors. The information on this site is provided for educational and entertainment purposes only. It is not intended as a substitute for professional advice of any kind. NewsTarget.com assumes no responsibility for the use or misuse of this material. All trademarks, registered trademarks and service marks mentioned on this site are the property of their respective owners.