How wicked evil is Muslim Iran in the 21st century? The Clarion Project has the sex-slave story.

Sex Slaves Being Held for Ransom by Iran 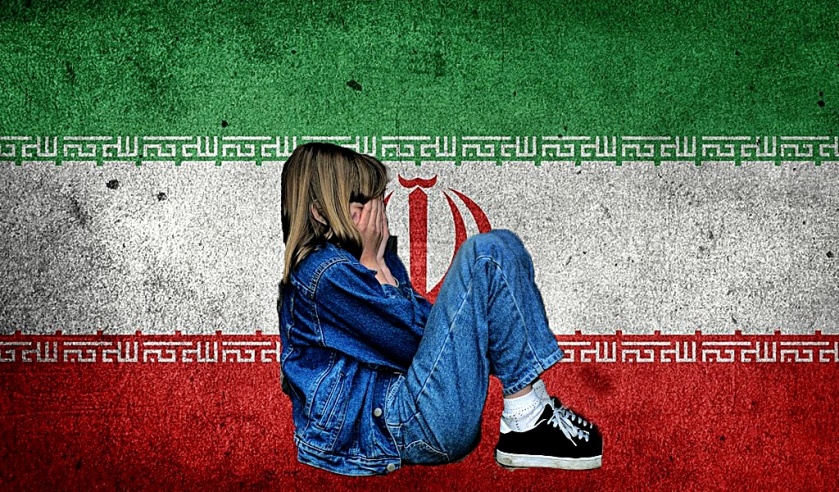 Young Yazidi sex slaves kidnapped by ISIS in Iraq are being held in Iran and are up for sale. The girls were transferred to Iran by Iranian soldiers from the Syrian city of Kobani, which was once a stronghold of ISIS.

According to Iraqi Yazidi activist Ali Elchansuri, there is a significant number of kidnapped Yazidi girls – and boys— being held in Iran for the last two years.

At present, two of the children have been positively identified. They are both girls, ages 13-14, and were kidnapped by ISIS when the terror group took over the Sinjar region in Iraq in the summer of 2014. During that siege, most of the men and older boys were killed and the women and girls — some as young as six — were taken as sex slaves. The younger boys were made into ISIS fighters.

Iranian officials will only release the children after they have been identified – and for a price.

Speaking to Sputnik News Arabic, Elchansuri said, “The source of this information asked me to come to Iran and said he would set up a meeting for me with the head of the orphanage where they are being held, and if I recognize them, I can take them. But the same source told me that his ‘friend’ will demand $20,000 for each girl – meaning $40,000 for both girls.”

Elchansuri said that he has recordings and pictures that prove the existence of more Yazidi children, but was not at liberty to mention to name of the area or the place where they are being held.

Elchansuri said his people in Iraq have not been able to locate the families of these children. “We are assuming that they are missing and most likely killed. There is no one left of them,” he said.

Elchansuri himself doesn’t have the money to travel to Iran and pay the ransom.

Echoing what Clarion Project has learned from Lisa Miara, who founded and runs the Springs of Hope Foundation organization in Iraq which works to rehabilitate Yazidi survivors of ISIS, Elchansuri related that these Yazidi children have been brainwashed by ISIS, forcibly converted and have even forgotten their Yazidi language. They have no memories prior to their kidnapping.

Meanwhile in Syria, another Yazidi activist, Eisa Saadu, reported that a kidnapped Yazidi girl was killed by ISIS women inside the Al Hawl refugee camp in northeast Syria.

The girl, who was in her 20s, was beaten to death by ISIS women and their families in the camp.

The girl was originally kidnapped by ISIS in the Sinjar region of Iraq in August 2014 and was killed in the camp because she tried to escape.

The Al Hawl camp, which houses 74,000 people from 43 different countries, is known to be one of the most dangerous places in Syria, housing ISIS families – women, children and foreign male fighters — and their supporters.

Thrown into the camp together with them are other refugees from Syria.

“It is a very dangerous place,” commented Ran Meir, Clarion’s Arab affairs analyst and Shillman Fellow. “We can assume that the women in this camp have weapons and other means of death and destruction. Children parade with ISIS flags, pledging their support to this brutal terror organization.

“Even though ISIS has officially been defeated in Syria, ISIS controls this camp with the same brutal laws they enacted when they took over towns in Syria and Iraq. Yazidi slaves are still being held and hidden inside these camps. This Yazidi girl didn’t have a chance – her only choice was to continue living under ISIS or be killed.”

Watch this clip from inside the Al Hawl camp [Blog Editor: The following video is only in Arabic leaving the English speaker to only surmise by the title I derived from Google Translate the topic. All the females shown in this refugee camp wear the head to toe covering Burka or Niqab so identifying any victimized gals is impossible]:

… Most of the descriptive text is Arabic]

The Clarion Project (formerly Clarion Fund) is a 501(c)3 non-profit organization dedicated to educating both policy makers and the public about the growing phenomenon of Islamic extremism. The Clarion Project is committed to working towards safeguarding human rights for all peoples.

DONATE to the Clarion Project

2 thoughts on “Sex Slaves Being Held for Ransom by Iran”