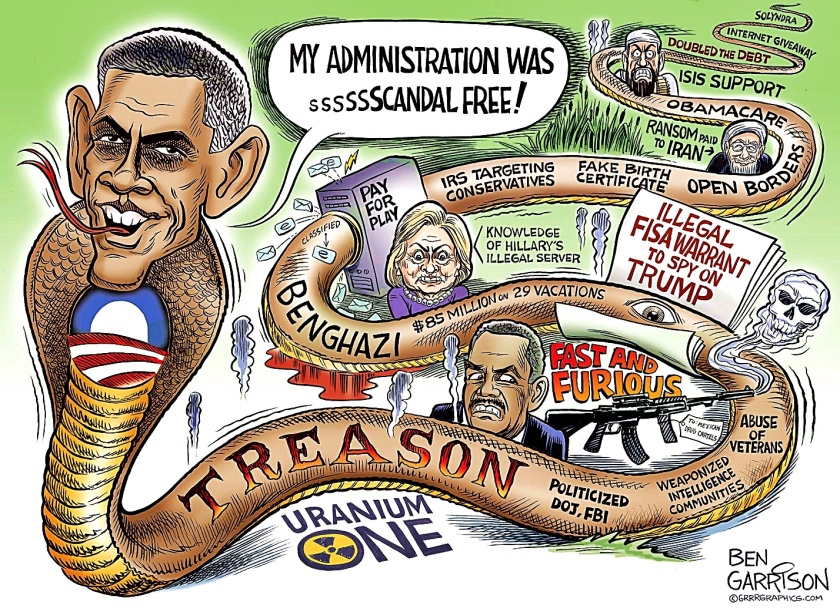 Regardless of any claims to the contrary by former VP Biden and former President Obama, you have to be amazed on how corrupt and crooked the Obama Administration actually was! Thanks to Judicial Watch, more poop on what should be prosecutable corruption comes to light.

“Let’s do a movie about this!” 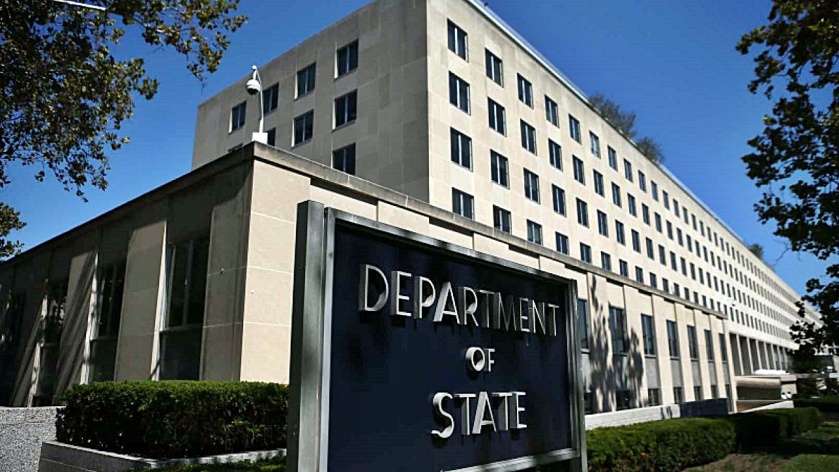 One day before the FBI launched its Trump-Russia investigation, Sovietophile academic Nellie Ohr, wife of DOJ boss Bruce Ohr and an employee of Fusion GPS, met with former British spy Christopher Steele. The upper reaches of the FBI and DOJ – Ohr, McCabe, Comey, Strzok, Page and such – have drawn the most attention in the fake Russia collusion story. It now emerges that the elusive Steele also deployed collaborators at the U.S. Department of State.

According to the Middle East Institute, Jonathan M. Winer was “deputy assistant secretary of state for international law enforcement, and counsel to United States Senator John Kerry.” Winer has written and lectured widely on, among other things, “corruption, and U.S.-Russia issues,” which seems somewhat removed from the Yale alum’s background.

In November of 2014, Winer sought to hook up Steele with Nelson Cunningham, president of McLarty Associates, a consulting firm co-founded by former Clinton White House Counselor Thomas ‘Mack’ McLarty. Winer’s email describes Steele as “an old friend of mine,” and “a former senior British intelligence officer focusing on former Soviet Union with a number of US and European private sector clients these days…”

In November of 2014, Winer “openly acts as a liaison for Steele,” attempting to set up meetings for “Chris” and referencing “Three Orbis Reports” in the subject line of the email. That same month Winer set up Steele with Ariuna Namsrai of ACPO “one of the world’s leading advisory and advocacy communications consultancies.”

Jumping ahead to January of 2017, movie producer Eric Hamburg forwards an article on the Steele dossier to Winer, proclaiming “Let’s do a movie about this!” Hamburg is the producer of the 1995 Nixon, starring Anthony Hopkins and directed by Oliver Stone. As it happens, Hamburg’s IMDB profile shows him posing with Hillary Clinton.

In February of 2018, Winer wrote an op-ed in the Washington Post claiming that Steele told him in 2016 he had “learned of disturbing information regarding possible ties between Donald Trump, his campaign and senior Russian officials.” Steele and Clinton factotum Sidney Blumenthal approached Winer with “separate dossiers.” No word whether the DNC also paid for Blumenthal’s dossier and whether his high concept featured any Russian whores urinating on a bed. Scenarios like that doubtless had Eric Hamburg panting to produce a movie.

“These documents show that Fusion GPS and Clinton spy Christopher Steele had a close relationship with the Obama State Department,” said a statement from Judicial Watch president Tom Fitton. “The State Department under John Kerry is emerging as another center of the Spygate conspiracy against President Trump.” That should come as no surprise.

Kerry once testified that U.S. actions in Vietnam were “reminiscent of Genghis Khan.” Kerry said the 2015 Charlie Hebdo terrorist attack in France had a “sort of particularized focus and perhaps even a legitimacy” and “a rationale that you could attach yourself to.” Kerry described the terrorist attack as obscurantisme, which even in French fell a bit short. The performance prompted Sen. John McCain to call Kerry, “the most inept secretary of state, certainly in my lifetime.” And when no longer Secretary of State, Kerry still acted like one.

For his part, Jonathan Winer was a State Department “Special Coordinator” for Libya, but what he managed to coordinate there remains unclear. For Secretary of State Hillary Clinton, the murder of four Americans was all about some internet video, and after all, what did it matter?

As the State Department emails obtained by Judicial Watch show, Jonathan Winer was, in effect, Steele’s personal agent with the State Department, the Clinton propaganda machine, and even the entertainment industry. So Winer qualifies as an associate producer of the Russia collusion show, which the Democrat-media axis shows no sign of abandoning. It’s the biggest production on the left since Barry Soetoro teamed with David Axelrod on Dreams from My Father, which official biographer David Garrow called a novel, and the author a “composite character.”

Meanwhile, Attorney General William Barr is aiming at a broad-based, multifaceted investigation of the Russia collusion story’s origins. As other emails obtained by Judicial Watch reveal, the DOJ’s Bruce Ohr, Nellie’s husband, grabbed bonuses while that was going on, and bagged a pay raise after he lost his job as Associate Deputy Attorney General.

Prosecutor John Durham should find out if that was a reward for the Ohrs’ role in the illicit targeting of President Trump. In similar style, Durham might have a look at State Department records, and what they reveal about the multifaceted Jonathan Winer.

Curious observers might note that the State Department did not volunteer the material about Winer’s connections with Christopher Steele. Likewise, no congressional committee and nobody in the establishment media came up with the documents. The revelation resulted from legal action by Judicial Watch, whose motto is “because no one is above the law!” Other pertinent Judicial Watch revelations can be found at this link.

Lloyd Billingsley is the author of  Barack ‘em Up: A Literary Investigation and, most recently, Sexual Terrorist, about the Golden State Killer.  Lloyd’s work has appeared in City Journal, the Wall Street Journal, Washington Times, California Globe, and many other publications. Bill of Writes: Dispatches from the Political Correctness Battlefield is a collection of his journalism. His crime books include A Shut and Open Case, about a double murder in Davis, California.