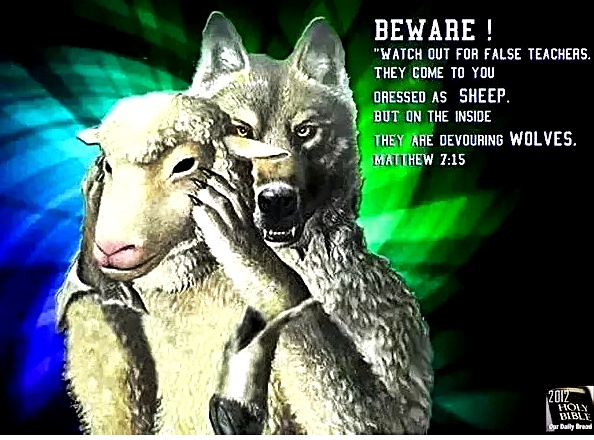 On June 9 I posted “Bible on LGBTQ Lifestyle.” In that post I showed God Almighty’s Will toward those who choose to disobey Him in relation to same-sex perversity showing that God has mercy even for the perverse through Jesus Christ Son of God and Savior. The mercy is for turning away from wicked ways and closer to God by having faith in the Risen Savior and strive to live a God-Kind of life in Christ Jesus.

Today I discovered a post from Prophecy News Watch that talks about churches claiming to Christian yet walk in godless disobedience by actually promoting the LGBTQ agenda. This is essentially a case of sheep-clothed wolves leading sheep to their demise by teaching the rejection of the Word of God. 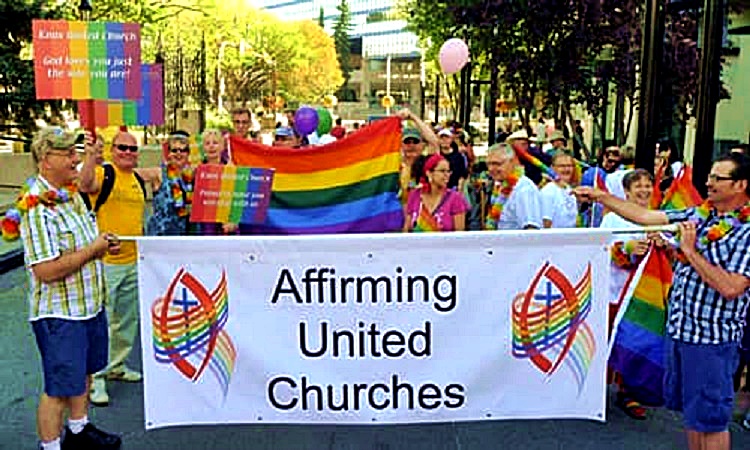 Just as residents of one town make progress towards stopping the indoctrination of our kids with Drag Queen Story Hour, the United Church of Christ has come to the rescue of LGTB activists.

Open Cathedral, a member of the United Church of Christ, rented out a room at the Leander Public Library after the City of Leander in Texas nixed the Drag Queen Story event due to local opposition.

The event will now be hosted in the conference room at the library on June 15.

According to the event page, the church will select a drag queen to read children books about “how wonderful it is to be unique and special.”

Open Cathedral will be paying the fees to rent out the room and the local pastor with members of the church will be there to volunteer.

The church describes itself as a ‘progressive’ Christian church startup that values community, not conformity, and welcomes members of all sexual orientations, gender identities and gender expressions.

The First United Methodist Church Of Birmingham in Alabama has also decided to make a ‘progressive’ statement on June 15th.

The church has partnered with the Shout LGBTQ Film Festival by hosting a “wedding party” featuring a free screening of the popular “Arthur” cartoon episode surrounding the same-sex “wedding” of Mr. Ratburn after Alabama Public Television said that it would not air the broadcast.

More importantly, although we strongly encourage parents to watch television with their children and talk about what they have learned afterwards, parents trust that their children can watch APT without their supervision. We also know that children who are younger than the ‘target’ audience for Arthur also watch the program.”

The real issue at the root of the actions by these churches is not so much the endorsement and promotion of the LGTB agenda, as bad as that is, but how one approaches Scripture.

Whether it is abortion, homosexuality, transgenderism or the next issue that society decides is morally acceptable.  Without a belief that Scripture is the Word of God, to be taken literally – each new generation will treat the Bible as a buffet, picking and choosing what is the truth of God and what are simple suggestions.

Oliver Thomas is a retired American Baptist minister and he sums up the misguided views of such ‘progressive’ churches in his recent USA Today column in which he complains that churches will continue hemorrhaging members and money at an alarming rate until we muster the courage to face the truth: We got it wrong on gays and lesbians.

According to Thomas, “It’s difficult to watch good people buy into the sincere but misguided notion that being a faithful Christian means accepting everything the Bible teaches”.

Thomas is wrong however as study after study has shown that the dying churches are almost all mainline churches that have veered to the left.  United Methodist, Lutheran, Presbyterian (U.S.A.) and Episcopal churches are all in major decline, while conservative, evangelical churches continue to grow.

The Presbyterian Church USA declined by 11.6 percent over the previous decade, while the United Methodist Church lost “only” 6.7 percent and the Episcopal Church lost 5.3 percent. The United Church of Christ was abandoned by 14.8 percent of its members, while the American Baptist Churches USA were reduced by 5.7 percent.

On the other side of the theological divide, the conservative Presbyterian Church in America [PCA] grew 42.4 percent in the same decade that the more liberal Presbyterian denomination lost 11.6 percent of its members. Other conservative denominations experiencing significant growth included the Christian Missionary Alliance (21.8 percent), the Evangelical Free Church (57.2 percent), the Assemblies of God (18.5 percent), and the Southern Baptist Convention (five percent).

The more a church lacks belief in the inerrancy of the scriptures and, in turn, the essentials of the Christian faith – the quicker it declines. When the church tries to be just a moral social club, it can’t compete with the world.  Why attend somewhere that doesn’t truly believe the core foundation of its purpose for being?

What we believe will affect how we live and this plays out in church growth as well.

Because of their conservative outlook, the growing church clergy members in the study took Jesus’ command to “Go make disciples” literally. Thus, they all held the conviction it’s “very important to encourage non-Christians to become Christians,” and thus likely put effort into converting non-Christians.

Conversely, because of their liberal leanings, half the clergy members at the declining churches held the opposite conviction, believing it is neither desirable nor necessary to convert non-Christians. Some of them felt, for instance, that promoting their religion outside of their immediate faith community is culturally insensitive.

Progressive liberal Christians have long claimed that the Church must change with the times or it will die. They just get the direction of the change wrong.