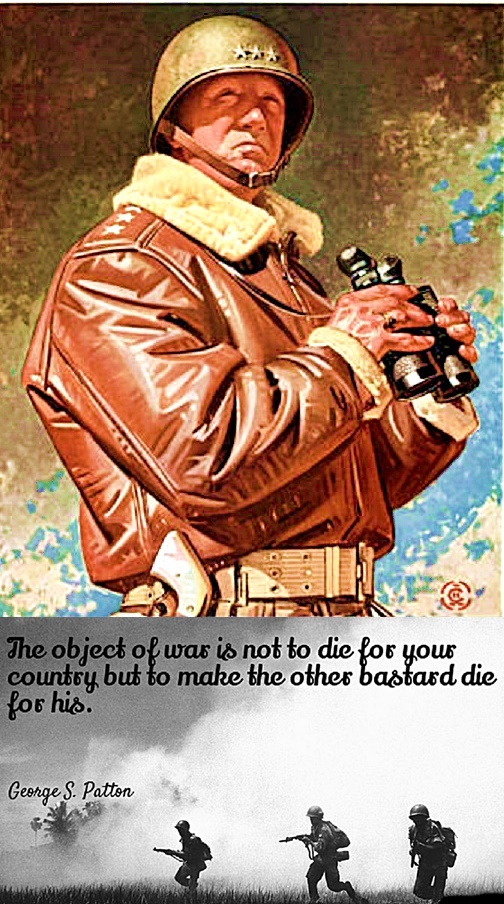 Memorial Day is coming upon us. Justin Smith writes a thought-provoking memoriam to past wars and the American combat veteran that fought in them.

The Long, Hard Road Back

“There must be a beginning of every matter, but the continuing unto the end yields the true glory. If we can thoroughly believe that this which we do is in defense of our religion and country, no doubt our merciful God for his Christ our Savior’s sake is able and will give us victory, though our sins be red.” ~ Sir Francis Drake writing to Sir Francis Walsingham, on May 17th 1587

This day, Memorial Day, set aside to honor all of our Veterans who have served and sacrificed in so many untold ways, Americans acknowledge the mighty endeavor our nation has set before Her Armed Services members. Most of us know just how long and hard the road back home has been, after America has asked them to deploy to combat, time and again, tormented by the roar of combat all about them but never shirking away from what they knew to be their duty. They are more than simple soldiers willing to die for You, and America owes them a great debt for their sacrifices, to those who died in combat, to all whose sacrifices were so selfless and honorable.

America lost roughly 117 thousand soldiers fighting WWI, 417,000 in WWII and thousands of more afterwards, in Korea and Vietnam. Approximately fourteen thousand and seventy-one U.S. military and contractors have died in the Middle East and the “War on Terror” since 2001.

Since 2001, more than 3,002,635 men and women of the United States Armed Forces have deployed in support of the Global War on Terrorism, with more than 1,400,000 of them deploying multiple times, and soon, U.S. soldiers will begin being deployed to Afghanistan to fight in a war that began before they were born.

As a society, America has traveled a long way from the early days of the draft and Vietnam, when 3000 people in Fayetteville, North Carolina were led by fifty soldiers from Ft Bragg — part of G.I.s United Against the War in Vietnam — in a protest at Rowan Park,  and to many U.S. military personnel patriotism isn’t as complex a matter as so many anti-war advocates want to make it, and neither is the reason we fight. To most, in today’s all volunteer military, the mission and the need is clear as a bell; what isn’t so clear too many times is the road back into civilian life after their military career has ended, either voluntarily or due to service related medical disabilities.

Combat changes everyone. The experience of killing another human sometimes results in significant psychological changes, whether it is the justifiable killing on an insurgent or enemy combatant, or the accidental killing of an innocent bystander who happens to get caught in the crossfire — too often dehumanized as “collateral damage”. Whether it is another member of one’s unit who is blown to pieces by an IED or your closest friend who dies in your arms after a sniper round penetrates just at the edge of his protective body armor, watching people die changes you. Even if one never experiences this bloodier side of war, constantly being on the alert and acutely aware of the ever present dangers of war will change one. Everyone who is deployed to a war zone is changed by his or her experiences, and it would be abnormal if they weren’t.

After hearing by radio that his friend was shot and down during an ambush, one corpsman rushed to render aid. The event is described by former platoon leader and 1st Lieutenant Dan Gannon: “Instead of staying on the trail, he just … took off and cut across. He made about fifteen steps and tripped a mine and was killed immediately. So here I’ve lost both corpsmen and we had injuries … we had to improvise. That was a very bad day for me, because both corpsmen I was quite close to.”

Gregory Gomez, part of an elite four man team in a Marine Corps Force Recon unit and a pure blooded Apache from West Texas, recalls the numerous times they were dropped by helicopter into North Vietnamese territory, without a medic and little support. They would eat Vietnamese food, not the C-rations, so they’d smell like the enemy who often would pass just yards from their position in the dense jungle. He observed: “Everyone who has lived through something like that has lived through trauma, and you can never go back. You are 17 or 18 or 19 and you just hit that wall. You become very old men.”

When an old accomplished, battle-hardened soldier first arrives home, all he can think about is being back In Country and in the thick of things. Home-life initially leaves them feeling unfulfilled, empty and without purpose, despite having their family and friends near them, and having a job. An Old War Dog has a long seemingly unshakable feeling that there is “unfinished business that needs to be taken care of” and he wants to return to fray and to “complete the mission”.

Although demanding and dangerous, the intensity of combat is rewarding in and of itself to many soldiers, and constantly living on the edge for many soldiers was the highlight of their life: Their time In Country was an experience they wouldn’t change for the world and it’s something they would happily and freely do once more — as they recall a powerful brotherhood, the bonds and friendships forged in combat that last a lifetime.

Combat Veterans are happy to have escaped injury and still be above ground, yet many feel guilty that some of their unit weren’t so lucky. Shame and guilt make them second guess decisions they made, or didn’t make, that resulted in the injury or death of a team member or civilian, and these Veterans feel guilty over enjoying life, with their feelings wavering between happiness and guilt; and sometimes depression sets upon them and interferes with their ability to function or enjoy life.

I would never minimize the pain and suffering of any Veteran, however, according to a 2015 analysis in the Annals of Epidemiology, Veteran suicides only topped civilian numbers in 2008, and they are most often seen in soldiers who had mental issues prior to their service and in Veterans over fifty years old. The analysis noted that the more time that passes between the trauma the less likely one is to commit suicide, while identifying suicide attempts before deployment as the most accurate predictor of post-deployment suicide.

The Annals suggested better screening for pre-existing mental disorders would reduce Veteran suicide, while also noting U.S. Airborne and other highly trained units in WWII had some of the lowest rates of psychiatric casualties of the entire military, relative to their number of wounded. And, in a 1968 study from the Archive of General Psychiatry, Special Forces soldiers in Vietnam had levels of the stress hormone cortisol go down before any anticipated attack, while less experienced soldiers had their cortisol levels increase.

The most severe and debilitating injury afflicting our returning soldiers is Traumatic Brain Injury (TBI) generally received by being too close to an Improvised Explosive Device when it was detonated.  The lingering effects of such an injury, in tandem with Post Traumatic Stress Disorder and haunting memories, places a soldier in an unimaginable struggle and makes any attempt to start his post-war civilian life a daunting challenge; and, he most usually has a hard time holding down a job and has a drinking habit that is accompanied by hallucinations of his best friend who died in the war. And he drinks like it is his job to try and block out his troubling memories.

Although it is impossible to gauge accurately and equally hard to imagine someone who served America in the military living on the streets, many experts and studies estimate approximately 50,000 Veterans are still homeless on any given night in the United States of America. In conjunction, a recent Department of Defense report states that 383,947 Veterans have been diagnosed with war related Traumatic Brain Injuries (TBI), since the year 2000. And in 2015, a Veteran Administration Inspector General’s report revealed that 307,000 Veterans died awaiting approval on healthcare claims.

Veterans tend to dig their own graves, and going too far before they realize their mistake and the result of their own self-destructive behavior. So, while many dig their own hole without even knowing it, many of us in the military community and the community in general can implement the old OODA Loop concept of Observe, Orient, Decide and Act in order to offer assistance to those Brothers and Sisters in need.

Get rid of the parades and replace them with a community ceremony on Veterans Day attended by citizens, who are willing to give meaning to the words “I support the troops”, showing up at town halls across the land to hear our Veterans speak about the war, their own particular wars. Some Veterans will be proud of their service, some will be angry, and some will be unable to speak as tears flow down their face. A community ceremony like that would finally return the experience of war to our entire nation, rather than just leaving it to the people who fought.

All of Our U.S. Veterans past and present have been great friends to someone, recognized as great soldiers, American through and through. Valiant soldiers, their service, bravery and strength of character represents the principles and virtues that built America, and I salute them, each and every single one for defending and protecting our country, the Land of the Free and the Home of the Brave — their service to which I will never forget and much time spent in harm’s way — together Brother, together Sister.

They lived, they fought. And for their country’s sake they died, from Argonne to Berlin and from Kabul to Ramadi and Fallujah.

Looking out across our fathers’ graves, and taking liberties with Kipling’s words, the astonished years reveal the remnant of our country’s patriots whose blood, guts and steel defended America, and we think on those fine Americans we have lost with tears in our eyes that none will scorn, and one more service we dare to ask. Pray for us, heroes, pray, that when Fate lays on Us our task, We do not shame the day.