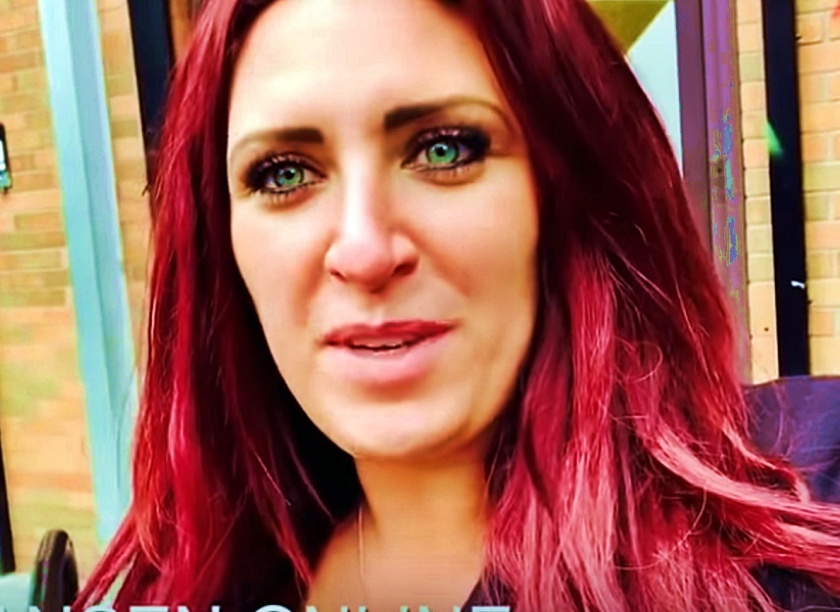 Jayda Fransen is a British Conservative gal labeled by the British government and British media as a Right-Wing extremist. Why? She supports Brexit and exposes the virulent side of Islam. According to UK (and EU) Hate Speech laws limiting Free Speech, that makes her a hate-monger worthy of legal penalties.

Evidently confronting Muslims about passages in their revered writings is bigoted and profane according to UK/EU  Multiculturalist Hate Speech laws.

At any rate, Fransen is about to face a judicial sentence for unjust convictions for speaking the truth.

I’ve only got one week left John

One week until I am sentenced

On Friday 3rd May 2019, I will learn my fate after I was found guilty of ‘Hate Speech’ in a Belfast Court last month.

The two year ordeal will finally come to a head a week from today after a series of dramatic arrests and countless court appearances. 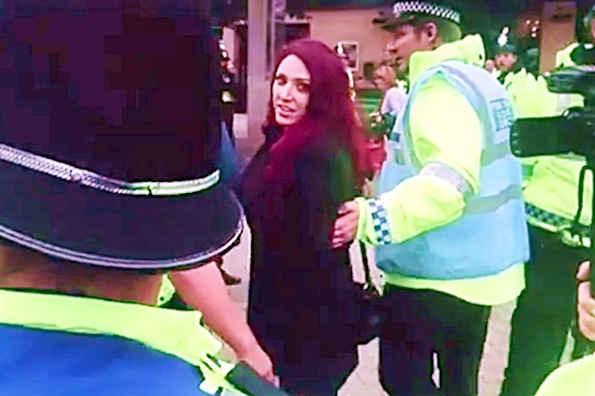 Out of the four defendants that stood trial, I was the ONLY person found guilty on all counts.

This just proves beyond any doubt that the State are systematically targeting me, without trying to demonstrate any fairness.

I have been a political activist for five years and during that time, my life has been turned upside down:

Now it looks like I am going back to jail after what feels like just five minutes of freedom.

The State have put me through the wringer for the best part of five years and they aren’t finished with me yet.

It is no coincidence that the likes of myself and Tommy Robinson have been banned from social media and hounded by the State.

The reason for it is simple; we have dared to challenge the establishment.

For years I have dedicated my life to hunting down Islamists, exposing rape gangs, challenging the corrupt government and mainstream media…

Now I am paying the price.

The British government do not care about the victims of terror attacks, or grooming gangs – they only care about covering these issues up.

I have given up everything I have for this cause – for my people and my nation.

I would do it all again in a heartbeat.

But where has it left me?

Hunted by police, demonised by the mainstream media, banished by social media platforms and caged like a wild animal.

All of that for simply loving my country?

I have had no option but to accept my fate over the past five years – I am facing that harsh reality again next Friday.

After the Probation Service in England doing everything in their power to ban me from my own home, I have been told Community Service here in Northern Ireland IS NOT an option. 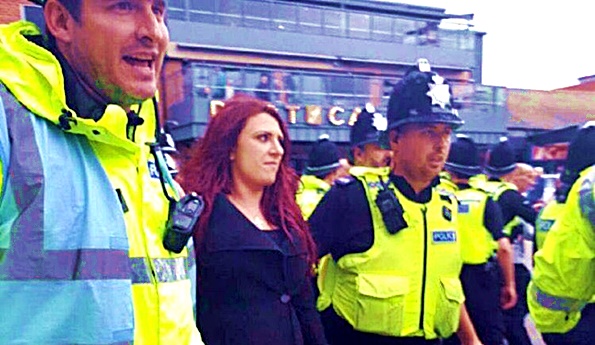 So this is the final countdown for me.

One more week and I might well be locked back behind bars for another year of my life, simply for telling the truth.

A year doesn’t sound like a long time does it? Until you spend it away from your loved ones, then it feels like an eternity.

If I fight against this, will you help me John?

I have taken everything that the State has thrown at me for years, but they have driven me into the ground and I need your help to get back up.

I do not want to spend another year behind bars with murderers and paedophiles.

Please chip into my ‘fighting fund’ with whatever you can so that I can try to get the legal assistance I need to keep me out of jail.

You can donate towards my ‘fighting fund’ by clicking this button:

This struggle has only ever been possible for me to continue with, because I have had the backing of good, loyal people like you John.

Since leaving Britain First I have been ‘cut off’ from most of my support base and cast out into the cold.

Right now, I need your support more than ever before.

Thank you for staying loyal and true.