There may have been a time when I would have questioned a law enabling carrying a gun without permits or training (I’m still not sure on the training). But the way the American Left openly attacks Conservatives physically with a bit of egging on by the Lame-Stream Press, I can see the wisdom of possessing firearms for protection. ALSO, I am more and more convinced there is an emerging American Civil War between the visions of American Patriots supporting the Original Intent of our Founding Documents AND American Leftists dedicated to the Marist-Socialist transformation of American culture.

I wasn’t born or raised in Oklahoma but I am proud to have lived here for over 20 years. 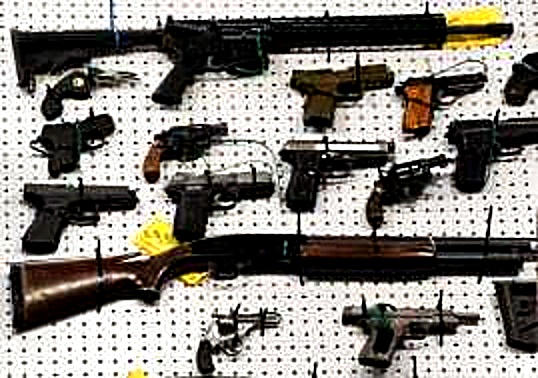 (AFP) Residents in Oklahoma will be allowed to openly carry firearms without a permit or training, thanks to a new law signed by the state’s governor.

Supporters of the law, which takes effect in November, say it upholds the constitutional right to bear arms and is similar to laws in 15 other states.

The measure sailed through the state’s Republican-controlled legislature this week and was the first bill signed by the newly-elected Republican Governor Kevin Stitt.

“As I traveled all over the state, all 77 counties, I heard from Oklahomans all over that they wanted us to protect their right to bear arms,” Stitt said during the signing ceremony Wednesday.

The law says that anyone 21 or older — or 18 if a current or former member of the military —  who is legally allowed to purchase a shotgun, rifle or pistol can carry it openly in public without a valid handgun license.

The law included protections for private property owners to ban firearms, as well as colleges, schools and public areas such as zoos and sports arenas.

“I’m embarrassed for our state. I’m embarrassed that our elected leaders put politics before the safety of our families by passing permitless carry,” the group’s Oklahoma leader Christine Jackson said in a statement.

The Oklahoma law was passed on the same day lawmakers in the Democratic-controlled House of Representatives passed the first major national gun safety measure in a quarter century, which would expand background checks to virtually all firearms sales. But it is doomed to failure in the Senate.

Earlier this month, Americans marked the one-year anniversary of the Valentine’s Day shooting at a Florida high school where 14 students and three staff were killed.

According to the Giffords Law Center to Prevent Gun Violence, legislators in 26 states and the nation’s capital Washington passed 67 new gun control laws in 2018.

Once dismissed by cynics as a “conspiracy theory the New World Order is rapidly becoming a reality. We look at its origins, how it operates and how it affects the lives of everyone. View all posts by Nwo Report