Over the last year most of the Conservative Pundits I read, listen and watch have gone out of their way to proclaim the FBI rank-n-file are upstanding supporters of the Constitution and the Rule of Law. The same Pundits have been highly critical of the appearance of CORRUPTION inherent among the FBI leadership.

The more I read about the FBI looking for a President Donald Trump crime based on Dem Party political animosity than any crimes committed, the more I believe the FBI rank-n-file are NOT upstanding Agents. The rank-n-file are appearing remarkably cooperative with the FBI leadership to fabricate evidence to exact a coup against a duly elected President of the United States. 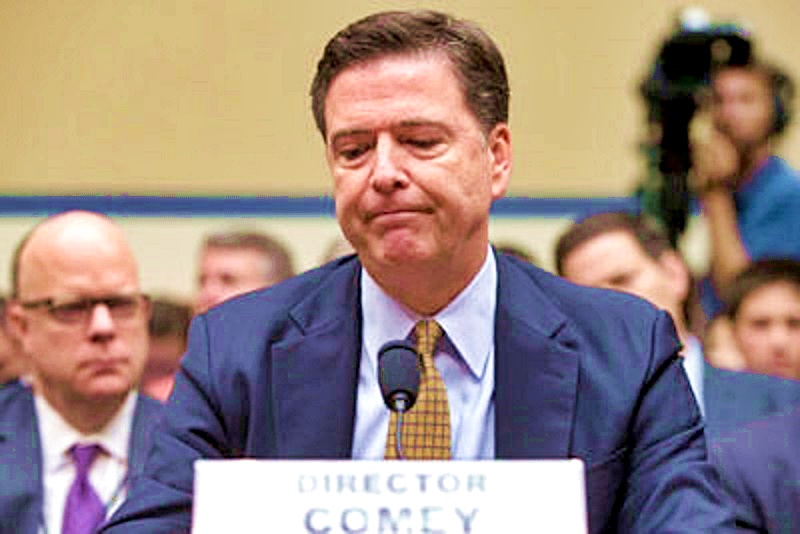 These people are nuts. The FBI should be dismantled. Start again. They are an enemy apparatus working against our freedoms and rule of law.

What does James Comey’s second transcript tell us?

A House Republican’s line of questioning uncovered revelations that in May 2017 senior FBI leadership debated whether President Trump was directed by the Russian government to fire FBI Director James Comey, Fox News has learned.

Contacted by Fox, U.S. Rep. John Ratcliffe, R-Texas, confirmed his questions to former FBI General Counsel James A. Baker uncovered the claims, some of which were first reported Friday by the New York Times.

DEFIANT COMEY LASHES OUT AT HOUSE GOP OVER ‘FRUSTRATING’ HEARING

Ratcliffe called the Baker transcript leak “selective,” adding that the full transcript of the Oct. 18 interview, which is undergoing a classification review by the FBI and the Justice Department, reveals “that in May 2017, political bias infected senior FBI leadership, and emotion — not evidence — drove their decision making.”

A separate source said Baker told investigators the internal FBI debate over the president’s decision to fire Comey on May 9, 2017, included personnel who have since left the bureau for cause, retired, or have been demoted.

Ratcliffe said he was surprised to read Friday’s New York Times report, which quoted part of his Baker interview, and reported that after the Comey firing “law enforcement officials became so concerned by the president’s behavior” that they began investigating whether Trump was working on behalf of Russia.

The House Republican would not further describe the contents of the Baker transcript but said it was clear, based on his direct questioning of Baker, that in May 2017 “FBI senior leadership could not accept Comey was fired for cause and the president had the constitutional authority to terminate Comey.”

“FBI senior leadership could not accept Comey was fired for cause and the president had the constitutional authority to terminate Comey.”

The Justice Department inspector general concluded in a report last year that Comey was grossly insubordinate in 2016 when he recommended against criminal charges in the Hillary Clinton email investigation, a responsibility that fell to his then-boss, Attorney General Loretta Lynch. 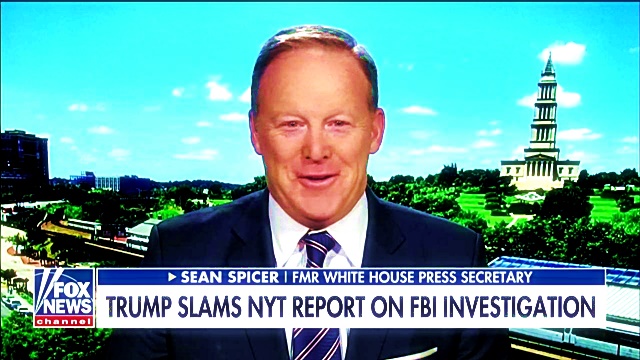 Opening an apparent counterintelligence investigation into the president raises questions about timing and the evidentiary basis. By May 2017, both Comey and FBI lawyer Lisa Page told House investigators last year that by the time the FBI director was fired and special counsel appointed, there was no hard evidence of collusion between the Trump campaign and the Kremlin.

“In fact, when I was fired as director, I still didn’t know whether there was anything to it,” Comey said in testimony, according to the transcript.  It is also significant because the investigation had run for 10 months and included a surveillance warrant on a trump campaign aide.

Though the Baker interview was conducted behind closed doors, in an unclassified setting, as part of a joint Republican-led House committee investigation into FBI and DOJ actions during the 2016 campaign, multiple congressional sources said it has been with the Justice Department and FBI for review before a public release.

Ratcliffe said he was aware of the Baker revelations in October, and House Republicans had been working through proper channels to make the entire transcript public.

THE TRUTH MUST BE TOLD

Please take a moment to consider this. Now, more than ever, people are reading Geller Report for news they won’t get anywhere else. But advertising revenues have all but disappeared. Google Adsense is the online advertising monopoly and they have banned us. Social media giants like Facebook and Twitter have blocked and shadow-banned our accounts. But we won’t put up a paywall. Because never has the free world needed independent journalism more.

Everyone who reads our reporting knows the Geller Report covers the news the media won’t. We cannot do our ground-breaking report without your support. We must continue to report on the global jihad and the left’s war on freedom. Our readers’ contributions make that possible.

Geller Report’s independent, investigative journalism takes a lot of time, money and hard work to produce. But we do it because we believe our work is critical in the fight for freedom and because it is your fight, too.

Pamela Geller is the President of the American Freedom Defense Initiative (AFDI), editor-in-chief of Geller Report and Amazon best selling author of the here FATWA: Hunted in America, The Post-American Presidency: The Obama Administration’s War on America and Stop the Islamization of America: A Practical Guide to the Resistance.