[Blog Editor Update 12/30/18: Discovered murdered girls are from Norway (Maren Ueland) and Denmark (Louisa Vesterager Jespersen). Although Kutnicki is correct on Swedish government censorship and threats of incarceration for showing beheading video, the victims’ nation of origin is not Sweden.]

Adina Kutnicki utilizes the beheading-murders by Islamic terrorists to correctly launch criticism of the Multiculturalist Left’s ungodly protection of Islamic atrocities committed against Westerners in the name of Allah.

The criticism includes exposing the Swedish government’s attempted coverup of the beheadings which includes the government threat to incarcerate anyone showing or watching the beheading video.

I despise government censorship; however, if you are ever in a position to watch that gruesome video, I highly recommend AGAINST IT. I tried to watch the video but couldn’t get past HORRENDOUS screams as the Muslim terrorist begins to saw off the victim’s head. I TURNED IT OFF BEFORE I COULD ACTUALLY VIEW ANY GRUESOMENESS!

Islam’s Jihadis Beheaded Swedish Girls – Allah-Washed Via Apologetic Media & Captured Pols. Where Is The Nexus? Where Is The West Headed?

BY now, it should be glaringly obvious from these pages that a collaborative (death) dance is being played out before the west’s horrified eyes, that is, between so-called mainstream media and complicit leftist politicians. Others alike. In a real sense, not unlike vultures, they feed off of one another for the benefit of anti-western outcomes – in the forefront, with Jihadi psychopaths as the leading beneficiaries. Yes, psychopaths.

LONG analysis short, generally, psychopaths are highly adept at dragging along sympathizers to their side and cause. For the most part, Islamic Jihadis possess a built-in coalition of willing and symbiotic partners. Leftists – through their fixation on multiculturalism – become attached to the “other” via various methods of “atonement” for western “ills” – e.g. imperialism, colonialism, capitalism, and related victim-hood “isms” in between. Think: “intersectionality” and its infinite usages as a bludgeon to the west – the latest phase and craze of leftists and Mohammedans! Equality opportunity exploiters. Destroyers.

INDEED, as of Sept. 25, 2003, one particularly influential Jihadi psychopath met his fate in Allah’s hell-hole. Edward Said – a serial (historical) fabricator, an Arab/Muslim “Orientalist” – had one foot deeply rooted in Muhammad’s door, the other within western academia. His decades-long “research” turned history upside its head, as well as his own life-story. But never mind, few (even those who knew better, Muhammadans and leftist scholars) seemed to care! After all, his “scholarship” fit their ideological (victim-obsessed) narrative and that was that. A veritable nexus. A devil’s bargain.

EVEN so, know this: if not for the inflated narcissism of western fantasists a/k/a leftists (as they play “rescuers” for Jihadi psychopaths by reinforcing their status as “victims” of the west through their widely-held perches in media, academia, cultural, legal, and political arenas), the blood of innocents would not continue to flow ala the barbarism perpetrated by millions upon millions of soldiers for Allah, Muhammadans. Fittingly, when all is said and done and despite their heavy-lifting, they too will be devoured – not unlike the crocodile who eats their young. Said outcome is a paradox of monumental proportions, one which, in no uncertain terms, is a vortex of their own making.

MORE specifically, due to the fact that millions upon millions of followers of Islam adhere to the dictates of the Islamic prophet, Muhammad, their insanity is continuously growing and mutating – century after century. Yes, he was insane.

[Posted by CBS This Morning

Four men with alleged ties to ISIS are in custody in Morocco after the killing of two European tourists. The two female victims were university students from Denmark and Norway. Their bodies with stab wounds were discovered Monday in the mountains south of Marrakesh. Holly Williams reports.

ALL of which brings us full circle to the most recent (out of a ceaseless and endless list) Jihadi murders; (mis)reported on via an Allah-washing by Swedish media and like-minded surrogates. Indeed, their emphasis was not on Islam’s poisonous and nihilistic roots, but on separating the barbaric murders from Islam! Of course, “crazies” from ISIS were solely responsible…. blah, blah.

MIND you, this (latest) outrage is coming from the “rape-capital” of Europe (with others nipping at Sweden’s heels, thus, claiming the mantle), as well as from an explosion of global evidence that Jihadi terror is here, there, and everywhere!

Sword of the Prophet book jacket

The state broadcaster SVT’s coverage of the double murder of 24-year-old Louisa Vesterager Jespersen and 28-year-old Maren Ueland by Islamists in Morocco has sparked a fury of criticism.

Besides running an article that the savage murder of the two Scandinavian girls “had nothing to do with Islam”, they also pushed the narrative that sharing of the graphic video of the murder is illegal, warning Swedes not to share the video as that is punishable with up to four years imprisonment.

Scores of viewers complained that SVT was more concerned by people sharing the video of the killing, than they were with the horrific murders, themselves. As well, they failed to mention the ISIS style execution by beheading, instead reported the murder from “neck wounds”.

Some who made the decision to watch the video admitted it was a poor choice, regretting having seen it.

“Happened to watch the movie clip that is being circulated. The one where one of them gets her head cut off. I wish I could unsee it. I’ve seen many horrible things. For a while I felt a responsibility as a journalist to see the movie clips that Daesh released. Still, this was much worse. It is the worst I have ever seen. It will haunt me”, he also referred to the murderers as “beasts”.

SVT stressed that Islam “has nothing to do with it” regarding the murders. The response on Twitter was as one would expect.

One twitter user said: “To sum up SVT’s coverage of the Muslim terrorist attack in Morocco and Daesh ‘warriors’: 1) You’ll be sent to prison if you spread the beheading film, you racist Nazi! 2) Daesh warriors have returned home to Sweden 3) They died of knife wounds, sort of 4) The murder in Morocco has nothing to do with Islam!”

Former Sweden Democrat leader Anders Klarström tweeted: “The murders in Morocco and the PC media: first, the fake media attempts to hush up the brutal execution in Morocco. When the people start sharing pictures of what happened, those who do so are threatened with several years’ imprisonment”.

“You know that you are in Sweden when Daesh murderers receive benefits, housing and protected identity, but people who post movies of what they have done can get four years in prison”, another person tweeted.

“Have the killers already been awarded jobs at SVT?” said another.

“225 years ago Marie Antoinette suffered ‘knife damage to her neck’ during the French Revolution”, yet another remarked regarding SVT’s factually economic coverage.

MOST significantly, having spent years in the Jihadi muck, dutifully, informing the public via a honed expertise in Islamic Jihad (despite many threats for exposing Islam’s cancerous scourge), it is imperative to tell the truth about Islam’s absolute nexus to Jihadi terror, that which includes “rape-Jihad” and the “art of beheading.”

INEXORABLY, like it or not, Islam’s authentic face sanctions beheading, impaling, burning alive, and barbarism at large. Nihilism.

JUST ask Steven Sotloff (for example) if this is so – oops, you can’t, he was beheaded by Allah’s Muslim Terrorists on September 2, 2014, as reported within “ISIS, Islam And Obama – Understanding The Threat To The Free World” (September 3, 2014)!

Saudi Arabia, which executes more criminals than any nation except China and Iran, wants to hire eight new executioners. A surge in executions has been witnessed under new King Salman’s rule. … READ THE REST] 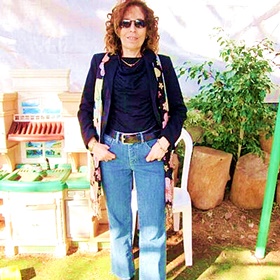 In addition to being an investigative journalist, I am a consultant to a privately-held Homeland Security entity – related endeavors alike. My first book, BANNED: How Facebook Enables Militant Islamic Jihad, is available online and in major bookstores. In under 24 hours at AMAZON (Sept. 2016), it jumped to Number One in HOT New Releases!

For the most part, my work-product revolves around militant Islamic jihad, with a particular emphasis on the Muslim Brotherhood Mafia. My geo-political analysis appears at various Zionist and Conservative media outlets. As an example of my long-standing efforts, I contributed to an in-depth investigative series at FrontPage Magazine with Lee Kaplan from 2003-2007. We are still working together.

Segue over to his interview at Iran’s Press TV (one of many tv debates/interviews) where he debated a rabid self-hating Israeli, a so-called Jew – who supports every manner of terror against Israelis/Jews, even the kidnapping (subsequent murder) of 3 Israeli Jewish teenagers. It can be found here.  He is a … READ THE REST