I am guessing once the SPLC, American Lefties and LGBTQ militants get wind of this call for American spiritual revival call by the AFA; they will wet their collective britches in a truth vs. spiritual delusion moment.

Pray for a Spiritual Revival in America 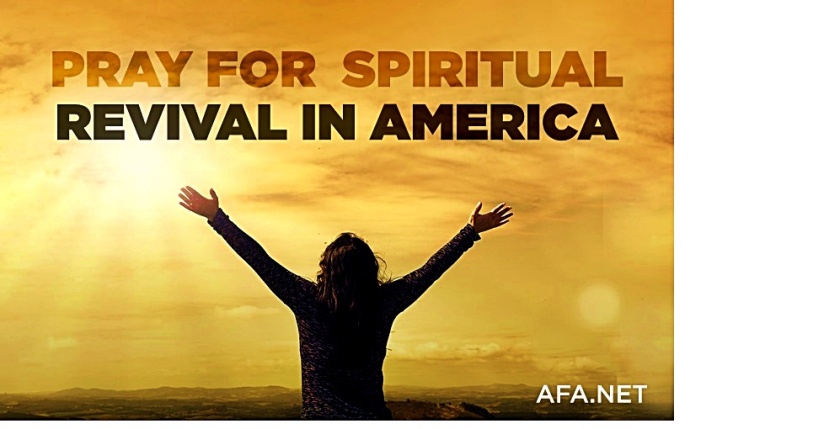 The LGBTQ socio-political agenda seeks to replace God’s truth about human sexuality with perversion as the societal norm. It has overtaken virtually every major American institution. The entertainment world, corporate America, education, and government have all been infiltrated by this rebellion against God. While they have been wildly successful in these institutions, they will not be satisfied until they have conquered the last one, the church.

Though they have penetrated many mainline churches, their objective is not yet complete. In many churches we have seen church discipline become a thing of the past. We have watched churches — though some with good intentions to evangelize — totally ignore the biblical mandate to equip the saints for ministry and God’s unchanging call to holiness for Christ followers. The love of God has been twisted to manipulate the church into embracing all manner of wickedness. Yet, the Scripture tells us that God’s love does not delight in evil, but He rejoices in the Truth.

Along with other groups, AFA is working to restrain the perversion of sexuality pushed by the LGBTQ agenda. We are grateful for the remnant of churches that have maintained biblical fidelity concerning human sexuality with courage and compassion. We applaud those which have resisted the assault of ungodly values on biblical truths. But we can only play defense for so long.

We desperately need a miracle, a Holy Spirit revival in America.

As the body of Christ, let’s be transparent. Let’s take time to examine the log in our own eye so we can effectively help our brother remove the spec from his eye. To restore biblical morality in sexuality in the entertainment world, education, government, and society at large, we must begin with the church repenting for its rejection of God’s Word and returning to the proclamation of the whole counsel of God with both grace and truth.

We, that is AFA and you, must be ready to overcome Satan’s continued efforts to deceive by anticipating his tactics. We must study God’s Word to show our selves approved, we become workmen who have no need to be ashamed but who correctly handle and share the Word of Truth. We need to be prepared to give a compassionate biblical response when we are verbally persecuted for using the Bible as our guide for life.

“But in your hearts revere Christ as Lord. Always be prepared to give an answer to everyone who asks you to give the reason for the hope that you have. But do this with gentleness and respect, keeping a clear conscience, so that those who speak maliciously against your good behavior in Christ may be ashamed of their slander” (1 Peter 3:15-16).

In addition to this, we must pray, pray, pray! We urge you to examine yourself and pray about how you may be more involved in this critical crossroad in our culture. And we have resources for your use.

American Family Studios has created a handful of tools to help you and your church prepare to address this issue.

If our mission resonates with you, please consider supporting our work financially with a tax-deductible donation. The easiest way to do that is through online giving. It is easy to use, and most of all, it is secure.

The mission of the American Family Association is to inform, equip, and activate individuals to strengthen the moral foundations of American culture, and give aid to the church here and abroad in its task of fulfilling the Great Commission.

PHILOSOPHICAL STATEMENT
The American Family Association believes that God has communicated absolute truth to mankind, and that all people are subject to the authority of God’s Word at all times. Therefore AFA believes that a culture based on biblical truth best serves the well-being of our nation and our families, in accordance with the vision of our founding documents; and that personal transformation through the Gospel of Jesus Christ is the greatest agent of biblical change in any culture.

To that end, AFA spurs activism directed to: … READ THE REST

15 thoughts on “Pray for a Spiritual Revival in America”