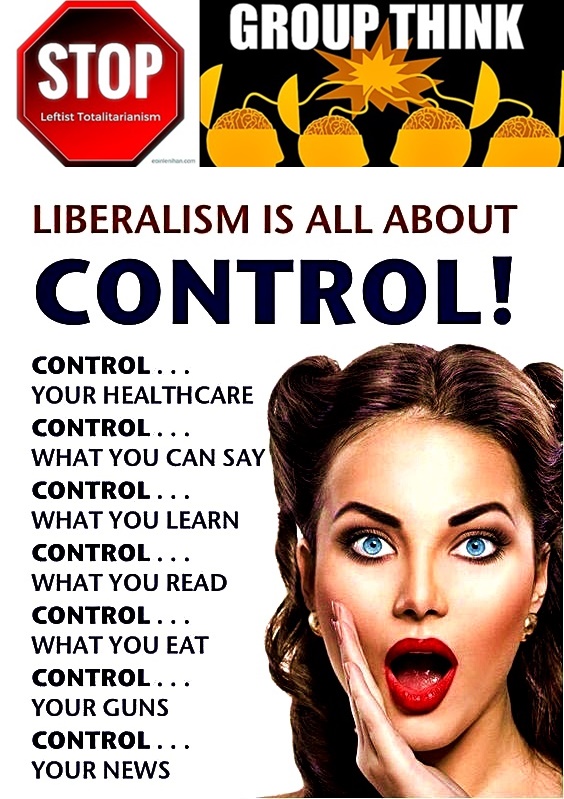 Have you ever heard the term Groupthink? Let’s look at some definitions:

a pattern of thought characterized by self-deception, forced manufacture of consent, and conformity to group values and ethics

Groupthink is a psychological phenomenon that occurs within a group of people in which the desire for harmony or conformity in the group results in an irrational or dysfunctional decision-making outcome. Group members try to minimize conflict and reach a consensus decision without critical evaluation of alternative viewpoints by actively suppressing dissenting viewpoints, and by isolating themselves from outside influences.

Groupthink requires individuals to avoid raising controversial issues or alternative solutions, and there is loss of individual creativity, uniqueness and independent thinking. The dysfunctional group dynamics of the “ingroup” produces an “illusion of invulnerability” (an inflated certainty that the right decision has been made). Thus the “ingroup” significantly overrates its own abilities in decision-making and significantly underrates the abilities of its opponents (the “outgroup“). Furthermore, groupthink can produce dehumanizing actions against the “outgroup”.

Antecedent factors such as group cohesiveness, faulty group structure, and situational context (e.g., community panic) play into the likelihood of whether or not groupthink will impact the decision-making process.

Groupthink is a construct of social psychology but has an extensive reach and influences literature in the fields of communication studies, political science, management, and organizational theory,[1] as well as important aspects of deviant religious cult behaviour.[2][3]

Groupthink is sometimes stated to occur (more broadly) within natural groups within the community, for example to explain the lifelong different mindsets of those with differing political views (such as “conservatism” and “liberalism” in the U.S. political context [4]) or the purported benefits of team work vs. work conducted in solitude.[5] However, this conformity of viewpoints within a group does not mainly involve deliberate group decision-making, and might be better explained by the collective confirmation bias of the individual members of the group.

Most of the initial research on groupthink was conducted by Irving Janis, a research psychologist from Yale University.[6] … READ THE REST

Groupthink occurs when a group with a particular agenda makes irrational or problematic decisions because its members value harmony and coherence over accurate analysis and critical evaluation. Individual members of the group are strongly discouraged from any disagreement with the consensus and set aside their own thoughts and feelings to unquestioningly follow the word of the leader and other group members. In a groupthink situation, group members refrain from expressing doubts, judgments or disagreement with the consensus and ignore any ethical or moral consequences of any group decision that furthers their cause. Risk-taking is common, and the lack of creativity and independent thinking have negative personal and political implications for both group members and outsiders. Groupthink decisions rarely have successful outcomes.

In fairness, no individual or cohesive group is immune to the negative effects of groupthink. The situation today is America is nearly divided 50/50 between Conservatives and Liberals. The irony is politically Conservatives won the 2016 election cycle, BUT the traditional means of mass communication are dominated by Liberals (aka Leftists, Progressives, Socialists and various degrees of Communists). AND the Liberals are brainwashing their readers, listeners and viewers with Groupthink principles glorifying Liberal principles and values over traditional Conservative moral principles and values.

Elizabeth Vaughn tackles the Leftist Groupthink in this essay entitled, “The ‘Groupthink’ of Robert Mueller, Democrats & the Mainstream Media: The New Axis of Evil”.

The ‘Groupthink’ of Robert Mueller, Democrats & the Mainstream Media: The New Axis of Evil

The fact that the left has been able to thrust this farce upon the President is nothing short of incredible. It is a textbook example of the contagion of the contagion effect of groupthink. In the meantime, the more obvious and truly criminal offenses of Hillary Clinton and other governmental officials remain unscrutinized.

Groupthink is a phenomenon that occurs when a group of people gets together and starts to think collectively with one mind. The group is more concerned with maintaining unity than with objectively evaluating their situation, alternatives and options. The group, as a whole, tends to take irrational actions or overestimate their positions or moral rightness.

There have been periods of history when large groups of people, so invested in a particular goal and so convinced of their own righteousness, have collectively lost sight of reality, often with tragic results.

America’s left, Democratic politicians, the mainstream media and those who receive their news from the mainstream media, have become radicalized over their hatred for Donald Trump. Their unwillingness to accept the result of a fair election directly clashes with the principles upon which America was founded.

In the wake of last week’s uproar over former Trump attorney Michael Cohen’s plea deal, I would like to remind them of some of their own vulnerabilities.

1. Have you forgotten about the Obama campaign’s offer of $150,000 to Reverend Jeremiah Wright to shut him up during the 2008 campaign? Rev. Wright, whom Obama met in the late 1980s, preached a very incendiary form of Black Liberation Theology. How can we forget the clip of Rev. Wright’s sermon given the Sunday following 9/11 when he said the attacks were payback for all of America’s misdeeds?

Ed Klein, in his May 2012 book about Obama’s White House years, entitled “The Amateur,” details his interview with Rev. Wright. Wright revealed that he had received a bribe from a friend of Obama’s during the 2008 campaign.

Klein spoke to Sean Hannity when the book was published.

What happened is that after ABC’s Brian Ross broadcast the audiotapes –videotapes of the Rev. Wright God damning America and slamming whites and slamming Jews and America, he was contacted by one of Obama’s closest personal friends, a guy who travels on Obama’s plane, who plays basketball with him, who goes on vacations with him.

I didn’t name him in the book, but I can tell you who he is. His name is Dr. Eric Whitaker. Dr. Whitaker is the vice president of the University of Chicago Medical Center and he’s a member of Obama’s very tight inner-circle. And he sent an email to a member of the Trinity United Church of Christ [Wright’s church].

Whitaker sent an email to Rev. Jeremiah Wright, offering him $150,000 to stay quiet and not do any public speeches until after the election in November 2008.

Chicago politics is one hand feeds the other, as you know. And Eric Whitaker, a very close friend of the Obamas, sent an email to a member of the church saying that the Rev. Wright could get $150,000 if he would shut up and not criticize Obama anymore.

Then, after Rev. Wright said, ‘no thank you,’ Obama himself paid a personal call on the Rev. Wright. The face-to-face meeting took place in March 2008, 10 days after Obama’s famous “race speech” took place.

Now, we know that this is true, not only because the Rev. Wright told me so, but also because the Secret Service logs, logged in this meeting. So we have confirmation that it actually took place.

There are no reports of a paper trail for this 2008 payment, but Rev. Wright did indeed shut up. Prior to this bribe, Obama’s association with the anti-American, anti-Semitic pastor nearly sank his campaign. Surely, this provided a benefit to Obama’s campaign.

2. It is well known that, when members of Congress are accused of sexual harassment by interns, staffers or anyone else, they can count on a taxpayer-funded “slush fund” to pay for non-disclosure agreements, “hush money,” from their victims.

Certainly, these payments provide a benefit to the campaigns of the accused. They also have probably saved several marriages.

The online fact-checking website, “Snopes,” considered this question: Did Congress Use a ‘Slush Fund’ to Pay $17 Million to Women They Sexually Harassed? They concluded this was false.

Their reasoning may surprise you. The statement is false because the fund is completely legal. It is “not secret” or “utilized for illicit purposes.” So, as long as they are transparent about it, it’s fine.

Although there is a U.S. Treasury fund devoted to paying settlements, it is not a “slush fund” which implies it is secret and utilized for illicit purposes. The fund is administered by the Office of Compliance (OOC), which was established in 1995 with the Congressional Accountability Act and is used for the payment of awards and settlements. The OOC is overseen by the House Administration and Senate Rules committees.

Unlike a “slush fund” which would be off the books, the fund is a line item and every year its activity can be viewed by the public in Treasury reports.

The total amount paid out annually ($17M has been paid out over the last 20 years) is made public, but the specifics of individual transactions remain confidential.

Why aren’t taxpayers allowed access to the details? Why are members of Congress allowed privacy while the President is not?

3. Why wasn’t the money paid for the dossier by the Hillary Clinton campaign or the DNC that she controlled listed as a campaign contribution? To say that it provided a benefit to the campaign would be a gross understatement. Instead, they ran it through a law firm and billed it as a legal expense.

This bogus dossier has become the most consequential political document in recent memory. It has passed through many hands, not the least of which were Bruce Ohr’s. Inquiring minds want to know what role he played in this soap opera. Is it possible that he may have composed portions of it as it is rumored? Why doesn’t the Mueller team schedule a pre-dawn raid on his home and office so we can find out?

4. Michael Cohen was Trump’s attorney. When we retain the services of an attorney, an accountant, or any other professional, we state our goal and leave it to the attorney to execute the plan.

They are the trained professionals and we are the clients. Most of us don’t question their methods. We assume our lawyers know what they’re doing.

If a lawyer makes a mistake, intentionally or otherwise, it is his or her own responsibility. “Well, my client directed me to do it” is not a valid excuse for wrongdoing.

And also, because of such a thing as attorney/client privilege, we should feel we can speak frankly to our lawyers. Do we now have to worry that our conversations with lawyers might be recorded?

Why wasn’t the office and residence of Hillary Clinton’s attorney or her IT professional raided? Why don’t we try to prosecute some of Hillary’s closest aides? What about the IT employee who tried to bleach bit subpoenaed documents and destroy the hard drive? She was the subject of an FBI investigation. It would have been fair game.

The fact that the left has been able to thrust this farce upon the President is nothing short of incredible. It is a textbook example of the contagion of the contagion effect of groupthink. In the meantime, the more obvious and truly criminal offenses of Hillary Clinton and other governmental officials remain unscrutinized.

The only thing that will end it – declassifying the necessary DOJ/FBI documents, unredacted please – is the one thing that Trump has been, so far, reluctant to do. Perhaps he is simply waiting for the right time. Maybe he’s planning an October surprise to achieve maximum impact. I certainly hope so.

Elizabeth Vaughn is a conservative political blogger and mom of three residing in southern Connecticut. Following a career in the financial services industry, she is now a regular contributor to Freedom Outpost. Contact her at eliza.vaughn13@gmail.com

Leading Up To Leftist Groupthink

The ‘Groupthink’ of Robert Mueller, Democrats & the Mainstream Media: The New Axis of Evil

One thought on “Leading Up To Leftist Groupthink”