Dems are promoting confrontation against those that have an ideological difference with the Leftist line of thought. Those that differ ideologically are Conservatives and President Trump supporters in particular.

The current face of the rabble-rousing Dems is Rep. Maxine Waters. Soon after she began a campaign of pushing her comrade listeners to confront members of the Trump Administration – which turns out to be Conservative Republicans not actually in the Administration – Maxine acolytes have been accosting people so viciously with verbal abuse and profanity, I am surprised fists haven’t flown.

There are probably several incidents, but what comes to the top of my mind are Secretary Homeland Security Kirstjen Nielsen, Press Secretary Sarah Huckabee Sanders and Florida Attorney General Pam Bondi all accosted in public venues by Trump-hating Leftist Loons. 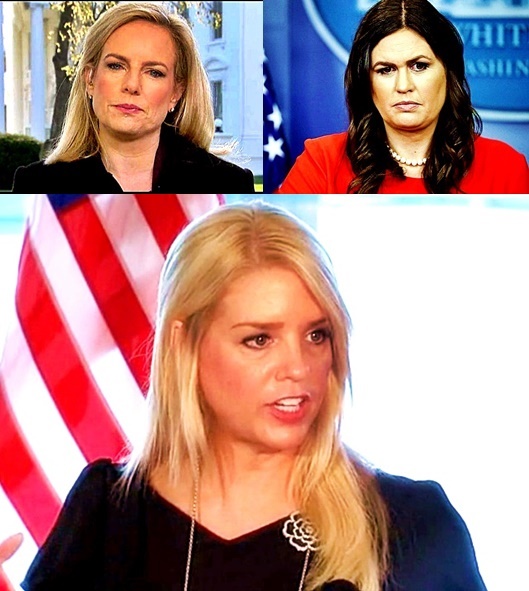 In the case of those three women I can see a scenario in which a chivalrous male or group of males physically takes a swing at idiot Leftists. From there I can see groups of Trump supporters begin engaging groups of hostile Dems, Leftist Loons and downright Marxists like Antifa.

Eventually rioting escalates into armed confrontations. Then what follows? Probably the next Civil War in the United States of America.

America’s COMING civil war? Too late, it has already begun

The other day, author Tom Ricks asked whether we’re heading toward a civil war. “I don’t believe we’re to Kansas of the 1850s yet. But we seem to be lurching . . . in that direction,” he wrote.

Ricks was commenting on “What Democratic rage would look like,” a Bloomberg opinion column that quotes political scientist Thomas Schaller as saying, “I think we’re at the beginning of a soft civil war. … I don’t know if the country gets out of it whole.”

That sounds pretty serious. The column by Francis Wilkinson presents a catalog of things Democrats are mad about — from the existence of the electoral college to Trump’s “propaganda apparatus” — and predicts that if Democrats lose the midterm elections, there will be hell to pay. (And Republicans, you know, could make a similar list of their own complaints.)

“I don’t know exactly what that would look like,” Wilkinson writes. “But liberals have a great deal of cultural, academic and economic heft, stretching from Hollywood to Harvard. Just this week, some Hollywood powerhouses flirted with leveraging their clout against the Trumpist Fox News. There are endless variations on such a power play. If Democrats opt to use their power more aggressively — breaking rules — Schaller’s soft civil war hardly seems unlikely.”

THE CIVIL WAR IS ALREADY STARTING

Well, actually this sort of thing seems to be well underway. Hollywood has basically turned its products, and its award shows, into showcases for “the resistance.” Americans are already sorting themselves into communities that are predominantly red or blue. And in heavily blue Washington, D.C., Trump staffers find that a lot of people don’t want to date them because of their politics.

White House press secretary Sarah Huckabee Sanders was even kicked out of the Red Hen restaurant in Lexington, Virginia, because the owner and employees disliked her politics. This seems like a small thing, but it would have been largely unthinkable a generation ago.

And, in a somewhat less “soft” manifestation, Homeland Security Secretary Kirstjen Nielsen was bullied out of a restaurant by an angry anti-Trump mob, and a similar mob also showed up outside of her home.

Will it get worse? Probably. To have a civil war, soft or otherwise, takes two sides. But as pseudonymous tweeter Thomas H. Crown notes, it’s childishly easy in these days to identify people in mobs, and then to dispatch similar mobs to their homes and workplaces. Eventually, he notes, it becomes “protesters all the way down, and if we haven’t yet figured out that can lead to political violence, we’re dumb.”

Apparently, some of us are dumb or else want violence. As Crown warns, “We carefully erected civil peace to avoid this sort of devolution-to-a-mob. It is a great civilizational achievement and it is intensely fragile.” Yes, it is indeed fragile, and many people will miss it when it’s entirely gone.

POLITICAL CONTEMPT IS THE PROBLEM

Marriage counselors say that when a couple view one another with contempt, it’s a top indicator that the relationship is likely to fail. Americans, who used to know how to disagree with one another without being mutually contemptuous, seem to be forgetting this. And the news media, which promote shrieking outrage in pursuit of ratings and page views, are making the problem worse.

What would make things better? It would be nice if people felt social ties that transcend politics. Americans’ lives used to involve a lot more intermediating institutions — churches, fraternal organizations, neighborhoods — that crossed political lines. Those have shrunk and decayed, and in fact, for many people politics seems to have become a substitute for religion or fraternal organizations. If you find your identity in your politics, you’re not going to identify with people who don’t share them.

The rules of bourgeois civility also helped keep things in check, but of course those rules have been shredded for years. We may come to miss them.

America had one disastrous civil war, and those who fought it did a surprisingly good job of coming together afterward, realizing how awful it was to have a political divide that set brother against brother. Let us hope that we will not have to learn that lesson again in a similar fashion.

Glenn Harlan Reynolds, a University of Tennessee law professor, is the author of The New School: How the Information Age Will Save American Education from Itself and is a columnist at USA TODAY.

The “tolerant” left will tolerate nothing that doesn’t comport to their radical orthodoxy. And seeing their policies rejected by the electorate, they have sought to use government, the courts and a bullying media to force their will on others. Now they’re employing a new tactic: encouraging and engaging in outright bullying and physical confrontations.

In the last several days we’ve seen President Donald Trump’s Department of Homeland Security Secretary and her staff harassed as they ate at a public restaurant, Trump’s spokes puppet [Blog Editor: Poor choice of words for a victim of the Left] Sarah Huckabee Sanders asked to leave run out of a restaurant (where the restaurant owner then followed her family to another restaurant and verbally harangued them), Trump staffer Stephen Miller’s apartment swarmed by protesters who tacked up “Wanted” posters, Senator Mitch McConnell and his wife Elaine Chao, Secretary of Transportation, surrounded and shouted at by a mob of “students,” a DHS staffer reporting a decapitated and burned animal carcass being left on his porch, and Representative Maxine Waters (Communist-California) calling for organized mobs to look for “anybody from that Cabinet in a restaurant, in a department store, at a gasoline station,” and for them to “get out and you create a crowd and you push back on them, and you tell them they’re not welcome anymore, anywhere.”

The mainstream propaganda media are providing cover and granting legitimacy for these actions both subtly and overtly. Any calls for tamping down the vitriol are tepid and feckless, at best.

The violent, radical left seems to be revising its playbook from the 1970s. We’ve seen their protests and demonstrations escalate since Trump’s election.

Civility in political discussion is now passé. Of course, name-calling, expletives, ad hominems and physical attacks are the refuge of the ignorant. It’s a convenient fallback position for those unable or unwilling to defend their positions with facts.

It is also a common practice of the ignorant to automatically assign evil motives to a person or group expressing a counter opinion. Many reach the conclusion that any person or any group that disagrees politically or philosophically is somehow bad and intends to inflict as much harm or heartache as possible on their opponents.

But incivility in political discourse is not new. And anyone who takes an honest look at American history understands this.

Thomas Jefferson once said, “It has been a source of great pain to me to have met with so many among [my] opponents who had not the liberality to distinguish between political and social opposition; who transferred at once to the person, the hatred they bore to his political opinions.”

It pains many of us still, because as long as this practice continues we will be opposing one another rather than mounting opposition to those in positions of power who continue to steal our freedoms by passing unConstitutional laws and steal our wealth by debasing our currency.

As the left is increasingly inciting violence, it should bear in mind the maxim that for every action there is an equal and opposite reaction. There will eventually be a response by equally radical right.

Remember that governments — all governments — need crisis, no matter how much lip service they give to “peace.” Crisis is a well-known Machiavellian strategy to gain and solidify political power and persuade public opinion.

Crisis provides the stage where governments can control all sides. At least they can arrange events to “naturally” unfold.

We are living in critical times. We are seeing before our eyes the breakdown of the rule of law, which leads to the breakdown of law and order. It’s increasingly obvious that mass chaos if not outright civil war is the agenda of the radical left. Remember there is nothing “civil” about civil wars.

Bob Livingston founder of Personal Liberty Digest™, is an ultra-conservative American author and editor of The Bob Livingston Letter™, in circulation since 1969. Bob has devoted much of his life to research and the quest for truth on a variety of subjects. Bob specializes in health issues such as nutritional supplements and alternatives to drugs, as well as issues of privacy (both personal and financial), asset protection and the preservation of freedom.

Conservative Vision vs. Leftist Vision – The Next Civil War

JWR is a free magazine published five days a week on the World Wide Web of interest to people of faith and those interested in learning more about contemporary Judaism from Jews who take their religion seriously.

Our inaugural editorial is also our mission statement.

Readers, individuals wishing to submit an article on “spec,” or make a tax deductible donation and those seeking advertising rates may contact JWR by email or by calling (718) 972-9241. Please note that all correspondence with JWR remains our property and may be used accordingly.

One thought on “Conservative Vision vs. Leftist Vision – The Next Civil War”