Christians concerned about speaking out publicly about a corrupt government NEED to read this post by Bob Livingston. Mr. Livingston very effectively contrasts and balances the concept of making a difference in government when the Bible also tells us to be subject to those in authority because earthly authority exists to thwart evil and protect community peace.

The Christian’s relationship to U.S. government 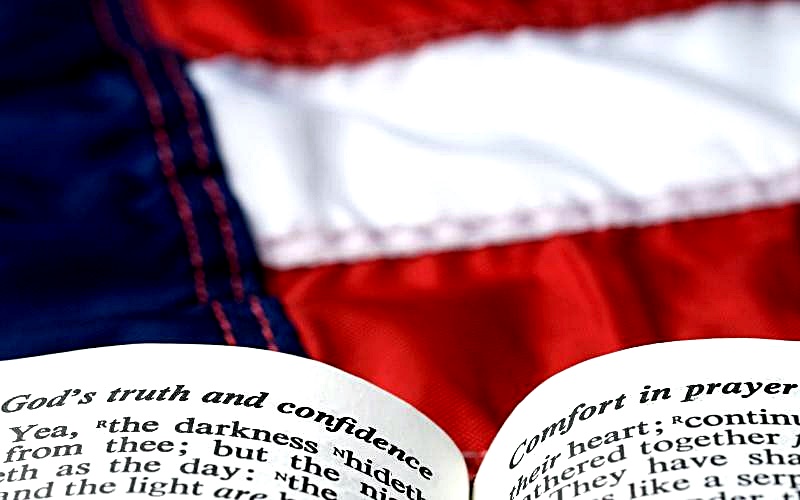 “We must obey God rather than men…”

And thus spoke the Peter the apostle to the council, (Luke 5:29 NASB) in response to the high priest’s questioning about why he and the apostles were teaching Christ in the temple in defiance of the council’s instruction the day after an angel of the Lord released them from their prison.

But in Romans 13, Paul tells us that we must be in subjection to the governing authorities.

Every person is to be in subjection to the governing authorities. For there is no authority except from God, and those which exist are established by God. Therefore whoever resists authority has opposed the ordinance of God; and they who have opposed will receive condemnation upon themselves. For rulers are not a cause of fear for good behavior, but for evil. Do you want to have no fear of authority? Do what is good and you will have praise from the same; for it is a minister of God to you for good. But if you do what is evil, be afraid; for it does not bear the sword for nothing; for it is a minister of God, an avenger who brings wrath on the one who practices evil. Therefore it is necessary to be in subjection, not only because of wrath, but also for conscience’ sake. For because of this you also pay taxes, for rulers are servants of God, devoting themselves to this very thing. Render to all what is due them: tax to whom tax is due; custom to whom custom; fear to whom fear; honor to whom honor. Romans 13:1-7 (NASB)

Some of our more conservative brethren would tell us that there is little we can or should do or say in response to an abusive government because it is “established by God.” In fact, I know many of our conservative brothers and sisters who don’t even bother to follow politics at all or even vote, preferring instead to be content with being “in subjection.”

I have even seen some claim that if we so much as question the authority of our “leaders” or point out the corruptions of the politicians and government institutions that we are engaging in a spirit of rebellion; and not just rebellion against earthly authorities but against God. But is it? If we write or speak about corrupt government institutions, politicians or bureaucrats, are we acting contrary to God’s word in Romans 13?

That sounds very much like the political class of today who walking the halls of power in the District of Criminal and in most state capitols.

Then Jesus called out the scribes and Pharisees as hypocrites in the eight “woes” he uttered as recorded in verses 13 through 29, pointing out their wrongdoing.

The Apostle Paul was imprisoned, stoned, beaten and left for dead for obeying God rather than man. In Acts 22 we read that after Paul was seized in Jerusalem because he “preaches to all men everywhere against our people and the Law and this place; and besides he has even brought Greeks into the temple and has defiled this holy place (Acts 21:28 NASB),” he was taken away by Roman guards at the direction of the Jews and stretched out with thongs so as to be scourged. The text reads:

But when they stretched him out with thongs, Paul said to the centurion who was standing by, “Is it lawful for you to scourge a man who is a Roman and uncondemned?” When the centurion heard this, he went to the commander and told him, saying, “What are you about to do? For this man is a Roman.” The commander came and said to him, “Tell me, are you a Roman?” And he said, “Yes.” The commander answered, “I acquired this citizenship with a large sum of money.” And Paul said, “But I was actually born a citizen.” Therefore those who were about to examine him immediately let go of him; and the commander also was afraid when he found out that he was a Roman, and because he had put him in chains. Acts 22:25-29 (NASB)

What Paul did here was to invoke his rights as a citizen. He did so again in Acts 25:11 when he appealed to Caesar over his imprisonment, defying the Jewish ruling authorities, who he believed he had not wronged.

So clearly our example in Scripture is we can use the legal rights available to us under the laws.

Now back to Romans 13. America’s is designed as a citizen-oriented representative government, not a monarchy or dictatorship. The Constitution was created as chains to bind men’s powers. Every politician in America swears an oath to abide by it. The powers they have they get from the Constitution.

So understanding Romans 13 in context of American government we should read Romans 13 this way, as Chuck Baldwin has pointed out:

The 1st Amendment protects (to some extent) our freedom to engage in speech and to petition government for redress of grievances. When we point out in speech or writing the corrupt nature of politicians and government institutions, and how they have exceeded the authority granted them under the Constitution, we are doing no more than Christ did when he called out the scribes and Pharisees, and no more than Paul did when he invoked his rights as a Roman citizen under Roman law.

So we can be politically active and not be in violation of God’s law. Telling our friends and neighbors that our institutions and politicians are corrupt is not a violation of God’s law. Guaranteeing our ability to inform others of the government’s transgressions so they can petition their representatives intelligently is precisely one of the 1st Amendment’s purposes. Engaging in political discourse or pointing out corruption is neither a violation of man’s law nor God’s. And we are to obey the law whether the “leaders” do so or not, as Christ told his disciples.

But we should also remember Paul’s admonition in Titus 3:2-5.

“…to malign no one, to be peaceable, gentle, showing every consideration for all men. For we also once were foolish ourselves, disobedient, deceived, enslaved to various lusts and pleasures, spending our life in malice and envy, hateful, hating one another. But when the kindness of God our Savior and His love for mankind appeared, He saved us…”

Bob Livingston founder of Personal Liberty Digest™, is an ultra-conservative American author and editor of The Bob Livingston Letter™, in circulation since 1969. Bob has devoted much of his life to research and the quest for truth on a variety of subjects. Bob specializes in health issues such as nutritional supplements and alternatives to drugs, as well as issues of privacy (both personal and financial), asset protection and the preservation of freedom.

One thought on “The Christian’s relationship to U.S. government”