Medical Description of the Flogging and Crucifixion of Jesus

Excerpted From: The Expositors Bible Commentary

(Commenting on Mark 15:15) The Romans first stripped the victim and tied his hands to a post above his head. The whip (flagellum) was made of several pieces of leather with pieces of bone and lead embedded near the ends. Two men, one on each side of the victim, usually did the flogging. The Jews mercifully limited flogging to a maximum of forty stripes; the Romans had no such limitation. The following is a medical doctor’s description of the physical effects of flogging.

The heavy whip is brought down with full force again and again across Jesus’ shoulders, back, and legs. At first the heavy thongs cut through the skin only. Then, as the blows continue, they cut deeper in the subcutaneous tissues, producing first and oozing of blood from the capillaries and veins of the skin, and finally spurting arterial bleeding from vessels in the underlying muscles… Finally the skin of the back is hanging in long ribbons and the entire area is an unrecognizable mass of torn, bleeding tissue. (C. Truman Davis, “The Crucifixion of Jesus.  The Passion of Christ from a Medical Point of View,” Arizona Medicine 22, no. 3 [March 1965]: 185)

It is not surprising that victims of Roman floggings seldom survived.

(Commenting on Mark 15:17-18) The crown was made of some kind of prickly plant such as abounds in Palestine. This they pressed into his scalp. Again there must have been copious bleeding because the scalp is one of the most vascular areas of the body.

(Commenting on Mark 15:19) The mocking was followed by further physical violence. The blows hitting his head from the staff drove the thorns more deeply into Jesus’ scalp and caused even more profuse bleeding. They also kept spitting on him…

(Commenting on Mark 15:20) At last tiring of their sadism, the soldiers tore the robe from Jesus’ back. The fabric had probably stuck to the clots of blood and serum in the wounds.  Thus when it was callously ripped off him, it caused excruciating pain, just as when a bandage is carelessly removed. Jesus’ own clothes were now put back on him.

(Commenting on Mark 15:21) Men condemned to die by crucifixion were customarily required to carry the heavy wooden crosspiece (patibulum) on which they were to be nailed, to the place of execution. Jesus started out carrying his cross (John 19:17), but it proved to be too much for him.  The patibulum usually weighed thirty or forty pounds and was usually strapped across the shoulders. One can hardly imagine the pain caused by the rough heavy beam pressing into the lacerated skin and muscles of Jesus’ shoulders. The scourging of blood so weakened him that he could not go on carrying the heavy crossbeam.

(Commenting on Mark 15:24) Mark simply says, “And they crucified him.” What incredible restraint! Especially when one considers that crucifixion was, as Cicero said, “the cruelest and most hideous punishment possible” (In Verrem 5.54.165).  What took place physically is described by Davis (“Crucifixion of Jesus,” pp. 186-187).

Simon is ordered to place the patibulum on the ground and Jesus is quickly thrown backwards with his shoulders against the wood. The legionnaire feels for the depression at the front of the wrist. He drives a heavy, square, wrought-iron nail through the wrist and deep into the wood. Quickly he moves to the other side and repeats the action, being careful not to pull the arms too tightly, but to allow some flexion and movement. The cross is then lifted into place.

The left foot is pressed backward against the right foot, and with both feet extended, toes down, a nail is driven through the arch of each, leaving the knees moderately flexed. The victim is now crucified. As he slowly sags down with more weight on the nails in the wrists, excruciating, fiery pain shoots along the fingers and up the arms to explode in the brain—the nails in the wrists are putting pressure on the median nerves. As he pushes himself upward to avoid this stretching torment, he places the full weight on the nail through his feet. Again he feels the searing agony of the nail tearing through the nerves between the metatarsal bones of the feet.

At this point, another phenomenon occurs. As the arms fatigue, cramps sweep through the muscles, knotting them in deep, relentless, throbbing pain. With these cramps comes the inability to push himself upward to breathe. . . . Air can be drawn into the lungs but not exhaled. Jesus fights to raise himself in order to get even one small breath. Finally carbon dioxide builds up in the lungs and in the blood stream, and the cramps partially subside. Spasmodically he is able to push himself upward to exhale and bring in life-giving oxygen.

Hours of this limitless pain, cycles of twisting, joint-rending cramps, intermittent partial asphyxiation, searing pain as tissue is torn from his lacerated back as he moves up and down against the rough timber. Then another agony begins a deep, crushing pain deep in the chest as the pericardium slowly fills with serum and begins to compress the heart.

It is now almost over—the loss of tissue fluids reached a critical level—the compressed heart is struggling to pump heavy, thick, sluggish blood into the tissues—the tortured lungs are making a frantic effort to gasp in small gulps of air. . . . The body of Jesus is now in extremis, and He can feel the chill of death creeping through his tissues . . . . His mission of atonement has been completed.  Finally he can allow His body to die.
All this, the Bible records with the simple words, “And they crucified him” (Mark 15:24).

Blog Editor: Visualize the blood, pain and suffering must have felt by volunteering to freely give up his life that all who believe might have life. What it we believe?

Christ was Crucified and died the same day. Counting Crucifixion day, the third day arose bodily from the tomb after defeating Satan and taking hold of the keys of death and life. Christ’s new life is our life if only we believe:

7 But to each one of us grace was given according to the measure of Christ’s gift. 8 Therefore He says:

“When He ascended on high,
He led captivity captive,
And gave gifts to men.”[a]

9 (Now this, “He ascended”—what does it mean but that He also first[b] descended into the lower parts of the earth? (Ephesians 4: 7-9 NKJV)

19 For I through the law died to the law that I might live to God. 20 I have been crucified with Christ; it is no longer I who live, but Christ lives in me; and the life which I now live in the flesh I live by faith in the Son of God, who loved me and gave Himself for me. (Galatians 2: 19-20 NKJV) 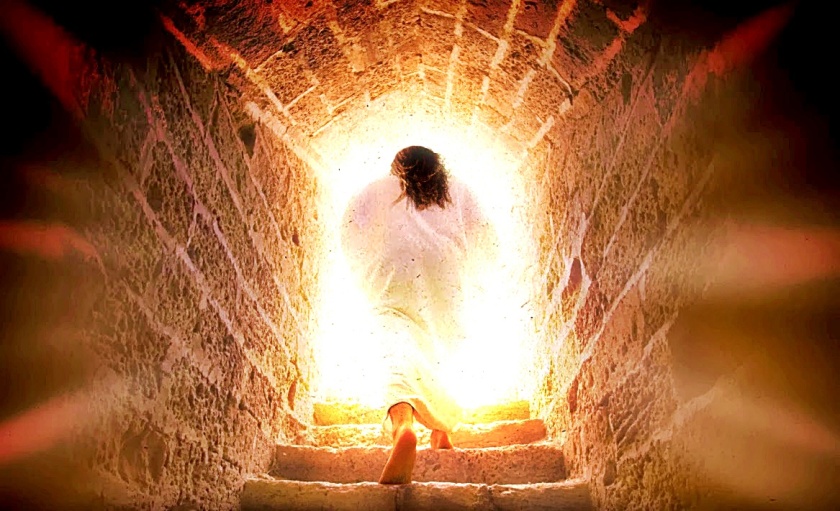 Bible Teacher and Author, Tony Cooke has been married to his wife, Lisa, since 1979. Together, they have been serving the Body of Christ since 1980.

Since 2002, Tony and Lisa have traveled full-time with an assignment of “Strengthening Churches and Leaders.” Tony’s passion for teaching the Bible has taken him to forty-six states and twenty-six nations.

In 2014, the website of Tony Cooke Ministries reached 230,967 unique individuals, many of them pastors, missionaries, and other church leaders in 219 nations and territories with encouraging and helpful ministerial resources.

Books authored by Tony include: Life After Death, In Search of Timothy, Grace: the DNA of God, Qualified, Through the Storms, Your Place on God’s Dream Team, and The Work Book: What We Do Matters to God.

Prior to traveling, Tony was involved in pastoral ministry for more than twenty years, and served as an Instructor and the Dean of Rhema Bible Training Center. He also served for thirteen years as the Director of an International Ministerial Association.

In addition to being a 1981 graduate of RHEMA Bible Training Center, Tony studied Religion at Butler University and received a degree in Church Ministries from North Central University.

Tony, and Lisa reside in Broken Arrow, Oklahoma and are the parents of two adult children, Laura and Andrew.