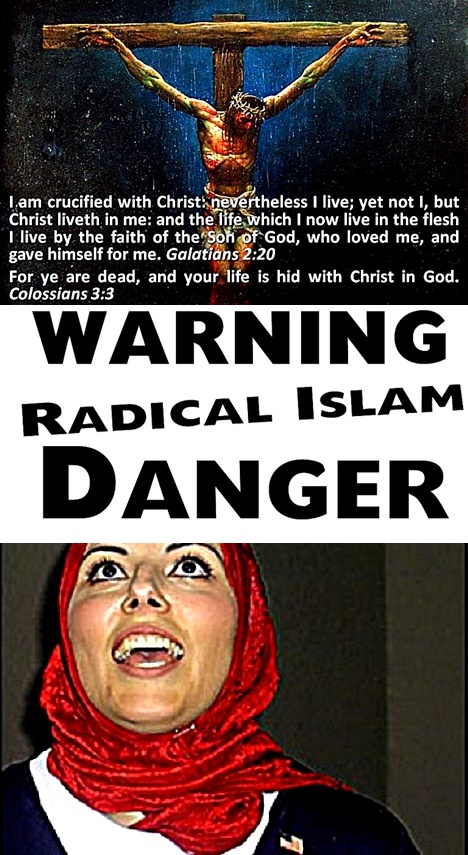 In any earlier post entitled “Polston Suspension Lifted – Prof Zufari Resigns” which exposes that Areej Zufari as a down in the dirt radical Muslim that hates Jews and Christians. I have no knowledge of Marshall Polston’s dedication to the Christian faith. BUT I DO KNOW Mr. Polston was willing to face the wrath of a Christian faith-hating Muslim in Areej Zufari. As the title suggests, Zufari resigned her post as a Professor at Rollins College.

Rollins College maintains Zufari left on good terms. She resigned, the college claims, because of hostile threats. That may be true but Zufari’s Islamic terrorist connections should have gotten her FIRED!

Now I am learning Muslim terrorist loving Areej Zufari is also a full Professor at Valencia College also located in Florida just as Rollins College. ACT for America has sent out an “ACTION ALERT” asking protestors to demand the Islamist Professor resign from Valencia College as well.

The “Contact Us” page has an online comment section that I suspect one will receive little response from. Yet, a flood of protests (please keep it civil) protesting Areej Zufari’s employ would be noticeable: http://net4.valenciacollege.edu/forms/hr/contact.cfm

Well that’s my two-cents on protesting directly to Valencia College from outside of Orlando Florida. If you wish to do some phone personal digging here’s the main number: Main Phone Number 407-299-5000

ZoomInfo shows that Areej Zufari is a Prof at Valencia College.

Here is a ZoomInfo excerpt under the heading Description about Valencia College:

Here is the ACT for America ACTION ALERT EMAIL.

Sent by ACT for America

Radical Islamic Professr Areej Zufari has resigned from Rollins College. This was due to your tens of thousands of calls and emails to the college. 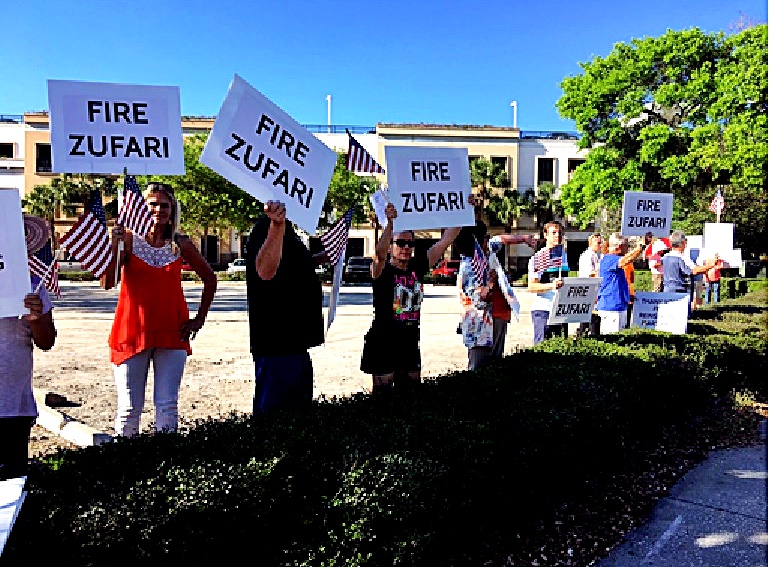 Unfortunately, she is still a professor at Valencia College.

CLICK HERE TO CALL AND/OR SEND A PRE-WRITTEN EMAIL DEMANDING HER RESIGNATION.

With a track record of radicalism as long as hers, Zufari isn’t fit to teach anywhere!

From 2001-2004, Areej Zufari was the spokesperson for the Islamic Society of Central Florida. ISCF’s main mosque, Masjid al-Rahman, is owned by the North American Islamic Trust. The 2008 Holy Land Foundation trial classified NAIT as a co-conspirator and front group for the Muslim Brotherhood.

Zufari and her radical boyfriend were even on the FBI watch list for fear of trying to radicalize his children. Last, Zufari promoted an event with the ISCF for Imam Siraj Wahaj, who the U.S. Attorney listed as a co-conspirator in the 1993 World Trade Center bombing.

Thank you for taking action on this critically important issue.

WHAT! Areej Zufari also a Prof at Valencia College

Donate to ACT for America

About ACT for America

ACT for America is committed to recruiting, training, and mobilizing citizens community by community to help protect and preserve American culture and to keep this nation safe.

ACT for America stands ready to take effective action as the only national security grassroots organization in America. If each of us does just a little, together we can accomplish a lot. We are America.

ACT for America is the NRA of national security. We are the nation’s largest nonprofit, non-partisan, grassroots national security organization with 500,000 members and 1,000 volunteer groups focused on educating, engaging, and mobilizing citizens and elected officials to impact legislative outcomes to protect America.

ACT for America educates citizens and elected officials to impact public policy and protect America from terrorism. As a result, ACT’s grassroots network has driven the education process toward the successful passage of 79 bills in 32 states. ACT for America is continuing to expand its nationwide volunteer network that trains citizens to recognize and help prevent criminal activity and terrorism in the United States while preserving civil liberties protected by the United States Constitution.

Check out our victory timeline here.