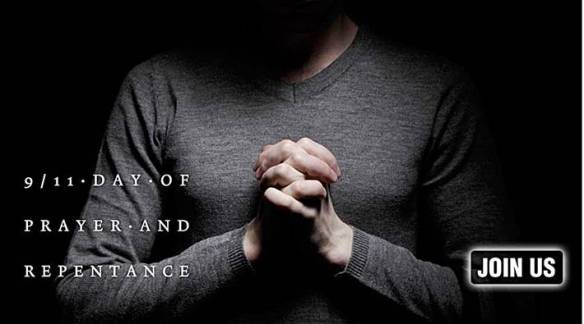 Joseph Farah of WND sent an email promoting the third annual 9/11 Day of Prayer and Repentance. Farah begins with the recent SCOTUS decision that essentially told God Almighty He is in error for condemning any proclivity toward homosexual sex as an abomination. SCOTUS accomplished this usurpation of God’s prerogative as Creator by the unconstitutional activist rewriting of law forcing ALL American States to accept same-sex marriage.

The Supreme Court’s slow but sure whittling away of the moral standards of America by creating law rather than telling Congress to address a legal issue has activated a slow decent into a sewer humanist morality. The decent has been so slow that Americans are like the adage of a frog tossed in a pot of water which doesn’t notice it is slowly being boiled to death.

In truth there is only two ways for moral Americans to reclaim a USA that is exceptional once again: the Founding Fathers’ path of Revolution OR humbling ourselves before Almighty God in prayer and repentance OR both.

Farah’s email provides various links to WND opinion pieces pertaining to the 9/11 Day of Prayer and Repentance of which one is to the page promoting the event. Here is a video from that page and the following words leading to participation:


Our country is in a deep spiral of moral and spiritual descent. As believers, this fact is starkly clear. The Bible declares that such things lead to national judgment. The biblical warning signs of national judgment that appeared in the last days of ancient Israel are now reappearing on American soil (The Harbinger, Jonathan Cahn). The Bible declares that the prayers and repentance of God’s people can help facilitate, repentance, revival, healing, and restoration.

This has resulted in 9/11 Pray – a Day of Prayer and RepentanceThe call for such a day first started September 11, 2013 and was first sounded by Joseph Farah, of World Net Daily and producer of The Isaiah 9:10 Judgment. It to was early affirmed by Jonathan Cahn, Michele Bachmann, Greg Laurie, Chuck Norris, and more and the movement kept spreading.

9/11 Pray: National Day of Prayer and Repentance is appointed for believers across the nation to pray according to the pattern in 2 Chronicles 7:14 ‘If My people who are called by name will humble themselves and pray and seek My face and turn from their evil ways, I will hear from heaven, forgive their sin, and heal their land.’

It will be a day for believers to humble themselves, pray, to seek God’s face, and to turn, in repentance, from their sinful ways and having done that, to pray and intercede for America, for God’s mercy and purpose, for revival.

This is being initiated and led by the Spirit of God moving on the hearts of believers and leaders across the nation, and not by any one organization or effort.

It is a call for both individual and corporate prayer and repentance. It is open to all believers. Any individual, any church, any ministry, any Bible study, any leader can join in – with individual prayer, prayer services, gatherings in church, gatherings in one’s region, town or city, media events, fasting, intercession, worship, etc….however the Lord leads. The most important thing is that God’s people come before Him in prayer and repentence (sic) for themselves and America.

How You Can Be Part: Spread the Word, Send, forward, post this, to as many people as possible, let your pastors/congregations/family/neighbors/friends people know Sign up to get further information/posts, the 9/11 Pray How-To Guide, The Declaration and more. (AMERICA IS IN RAPID DEPARTURE FROM GOD)

One can JOIN in prayer at the least or in person if available and can get there.

Posted by I FA

In the aftermath of the Supreme Court’s decision to impose homosexual “marriage” on the nation, WND CEO Joseph Farah says it is more important than ever for Americans to repent. And he’s calling for believers in God throughout the country to participate in the third annual “9/11 Day of Prayer and Repentance.”

“When America was founded 239 years ago, fellow believers fought to establish and protect the role of God in preserving the fabric of our country. We are a nation originally built on and by prayer. Today, as Christians, we can look around and readily see that our beloved homeland is tragically broken and our culture is disintegrating and dramatically moving away from God,” he said.

But he said the solution is available.

“How can we save America? What would our founders do if faced with such predicaments? Those of us who understand the challenges we face for the very survival of America as one nation under God must start planning now to do something radical,” he said.

“That something is the 2015 nationwide day of prayer and repentance.”

The “9/11 Day of Prayer & Repentance” began in 2013 with an editorial column at WND.com calling for “a nationwide day of prayer, fasting and humility” to respond to national challenges rivaling “anything we’ve seen since the start of World War II.”

Though Farah did not anticipate it, pastors, preachers, rabbis, and others around the country responded enthusiastically and what he initially termed a “throwaway” column became a movement.

Thousands of churches and hundreds of thousands of individuals have participated in the “9/11 Day of Prayer & Repentance” in previous years. However, this year’s event takes on special significance because of contemporary events in politics and culture.

Jonathan Cahn, the well-known Bible teacher and author who warned years ago of divine judgment if America did not reject secularism, has suggested America is already a “post-Christian” nation and that bathing the White House in the colors of the homosexual “rainbow flag” was “a sign of desecration covering the White House.”

Cahn’s warning to the Supreme Court not to implement homosexual “marriage” and to turn back to God went viral racking up millions of views in only a few days. 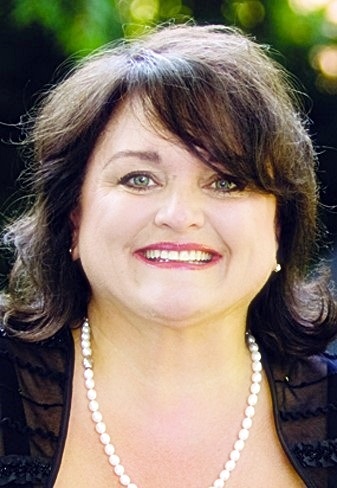 Joseph Farah and his wife Elizabeth trace the beginnings of the “9/11 Day of Prayer & Repentance” to their efforts producing the most successful faith movie of 2012-2013, “The Isaiah 9:10 Judgment,” based on Cahn’s New York Times best-selling book, “The Harbinger.”

Farah says “the movie has had a profound impact on millions with its biblically based revelations of how God’s judgment is befalling our land as it did ancient Israel” and Cahn has affirmed the “9/11 Day of Prayer & Repentance.”

Seeing contemporary Americans in a similar situation, Farah believes, “If there is one word that could instantaneously reverse the critical state that our nation is in today, it is this – repentance.”

In his view, the “9/11 Day of Prayer & Repentance” is an effort to urge the entire nation to repent and avoid destruction.

Other leaders are also stepping forward to encourage Christians to participate in the effort, including Michele Bachmann and Chuck Norris.

Also Richard Land, president of the Southern Evangelical Seminary, who has promoted the event:


Ken Ham, president and founder of Answers in Genesis, is another supporter.

Farah said of the event, “September 11 will be a day for believers to humble themselves, pray, fast, seek God’s face, and personally repent of sin. Having done that, it is also a day to pray and intercede for God’s mercy upon America. The Spirit of God is moving in the hearts of believers all across this nation to initiate this event, and the 9/11 Day of Prayer & Repentance is being promoted and carried out by a variety of organizations and leadership efforts.”

Farah encourages pastors to open their churches on Wednesday, Sept. 11, to allow both their community of members and their communities at large to gather and pray.

Individuals can also participate in the effort in several ways, according to organizers:

· Pledge to pray as an individual or a group and to receive FREE devotionals and other resources at 911dayofprayer.org. The website has more information on how to participate, the resources available and how to stay in touch for updates. Sign up today.

· Pass the word, (send, forward, and post this), to as many people and groups as possible. Learn more at 911DayofPrayer.org and let your pastors, congregations, and friends know about this event and put it on the calendar.

· Plan to participate either as a group locally, on the national conference call or other event you create in concert with the day.

· Most importantly, prepare to repent by praying in advance of the day & be led by the Lord as to how you can participate.

Farah points to 2 Chronicles 7:14, which reads, “… if My people, who are called by name will humble themselves, and pray and seek My face, and turn from their evil ways, then I will hear from heaven, and will forgive their sin and heal their land.” (NKJV)

Farah condemns the response of the contemporary culture to America’s challenges.

“The people of America are responding predictably to today’s culture by doing what’s ‘right in their own eyes’ – as the people of Israel did before their judgment. No longer does Washington see itself as a servant of the people, but rather as their master. Man’s conventional answers are not going to work. God will not be silently mocked by blatant disregard.

“As followers of Christ, we are at a crossroads. The number of Americans with godly values appears to be rapidly declining, and it is imperative for the church to turn away from culture and turn to Scripture to find answers. Second Chronicles tells us that God desires to heal our land. Our part is clear – to humble ourselves, pray, seek His face and turn from our evil ways.”

Thank you and God’s blessings!

Watch this WND exclusive video of David and Jason Benham on the importance of prayer and repentance:

Support WND with your contribution!