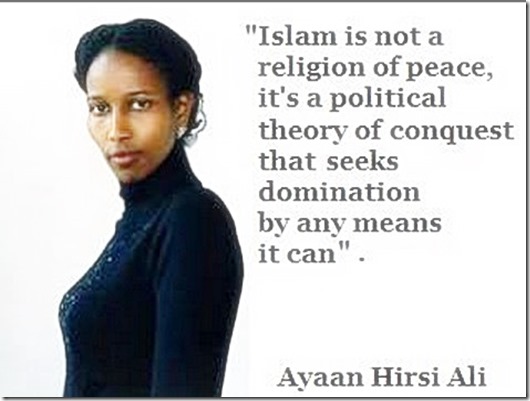 Dajjal (in a nice way for my old online buddy) makes his case for his stand that Muslims should be obliterated since I somewhat disagreed with him in the post, “Save Western Civ. With Total Unconditional Victory”.

For clarity’s sake my stand was against obliteration and for a WWII style war until there is an Unconditional Surrender of Muslim dominated areas and then use a harsh form of despotism to retrain the minds of Muslims away from the Quranic teachings of Islamic Supremacism by any means. I should have gone further.

Muslim conquerors transformed the lands they conquered (primarily Christian and Hindu but others too) and forced the suppression of non-Muslim religions to amend their practice to not insult or contradict Islam. The penalty for refusing the rules of Islam for non-Muslims was death. Those that did submit were treated like scum with frequent humiliating and sometime violent circumstances to be endured. After hundreds of years in the conquered Christian areas, the former majority chose Islam rather than the debilitating life of a non-Muslim Christian.

My idea of despotism was the same treatment of Muslims that Muslim rulers and armies did to their conquered. I am certain the politically correct crowd would link my thoughts as almost as bad as Dajjal’s obliteration solution. I have reached the point of “I don’t care anymore”. The ideology spewed by the Quran, Hadith and Sira are inherently evil in respect to non-Muslims.

The Western World has developed a secularist mentality toward religion which appears to me to actively diminish the Christian faith. BUT my fellow Christians you should know this about Islam. The Islamic religion’s revered writings deny the centrality of your Christian faith. Specifically Islam denies Jesus Christ is the Son of God, that the Lord was Crucified and that He arose bodily after three days in a tomb to sit at the Right Hand of the Father. For that matter denies that the Father, Son and Holy Spirit is ONE God manifested as three persons. We Christians call that the Trinity. Muslims call it polytheism. In a Muslim dominated nation if you stand up for Christianity being Truth, you would be guilty of blasphemy which could lead the State to sentence you to death. If a Muslim nation does not officially sanction the Quranic punishment for offending Islam with Christian truth it is likely the authorities will look the other way as Muslims take the law into their own hands and slay you for blasphemy.

Ergo, even if Islam were actually a religion of peace (which it isn’t) it would still be a specifically antichrist religion.

Dajjal Comments to: ‘Save Western Civ. With Total Unconditional Victory’

“This is why total victory must lead to total political authority even if political despotism is used harshly in unWestern-like ways.” -John R. Houk 2/6/15

The Crusaders made a fatal error: they neglected to eradicate Islam in the territory they conquered.

The US Navy made a fatal error in the Barbary Wars: they neglected to eradicate Islam from Libya & Morocco.

The colonizing powers made a fatal error in the lands they colonized: they neglected to eradicate Islam from them.

Shrub made a fatal error in Afghanistan & Iraq. Can you guess what it was?

In an existential conflict, victory consists of the total extinction of the aggressor. Anything short of total eradication is less than victory, ensuring eventual defeat.

When fighting a grass fire, you first suppress the fire, then you cool and rake the hot spots so there is no ignition source to rekindle the fire after you leave. The same strategy must be used in fighting Islam.

You cannot defeat Islam without destroying their Iman [***] or their lives. They must cease believing in Allah, his imperatives, threat and promise or they must cease drawing breath. A little fire left behind will rekindle and spread. Put it all out!

[***Blog Editor: I am never sure if Dajjal means “Iman” or “Iman” with this word. He did provide me an explanation once but sadly I don’t remember what that explanation was.

Most understand that an “Imam” is an Islamic religious leader.

I think though that Dajjal is actually referring to “Iman” in the context of this sentence. This is the meaning of “Iman” from what I could discover:

The Six articles of Islamic faith

Iman is generally outlined using the six articles of faith:

Of these, the first five are mentioned together in the Qur’an[9] and by  Muhammad, while including a corollary of belief in Allah – the good and evil of fate ordained by God – has referred to all six together in the following manner in the Hadith of Gabriel:

“Iman is that you believe in God and His Angels and His Books and His Messengers and the Hereafter and the good and evil fate [ordained by your God].”[10]

Another similar narration ascribed to Muhammad is:

It is also assumed that the essential Iman consists of the first 3 items (Belief in God, Prophets, and the Hereafter).[12] (The Six articles of Islamic faith; Wikipedia; This page was last modified on 31 January 2015, at 07:48)]

“In the case of Islam a little forced reformation is in order to change Mo’s ideology into something closer resembling a Judeo-Christian heritage.” –John R. Houk 2/6/15

“None can change his words.” “No change let there be…” Islam cannot be reformed internally or externally. Mission impossible!

When in doubt about the meaning of any ayat, Corpus Quran offers several useful tools, including a word by word translation from the Arabic.

Dajjal and I are both Politically Incorrect

Dajjal Comments to: ‘Save Western Civ. With Total Unconditional Victory’

4 thoughts on “Dajjal and I are both Politically Incorrect”