Intro to ‘UN and U.S. wake up to protect Ahmadiyyas’

Pakistani Christians are the ignored minority in Pakistan. Shamim Masih writes about Western governments and Western Christians being more concerned about the plight of other non-Muslims minorities and of Shia Muslim minorities more than Pakistani Christians. Ignoring Christians in Muslim majority lands is a heinous act founded upon political correctness and the Left Wing denigration of the Christian faith to rid the world of the Biblical world view that used to be the mainstay of Western culture.

The Ahmadiyya (Ahmadi, Qadiani or Lahori) consider themselves to be Muslims yet the majority Sunni Muslims in Pakistan have legally declared them to be non-Islamic. For Sunnis this places Ahmadis on the same level as Shias. Shia Muslims don’t like Ahmadis for the same reasons the Sunnis do not. Since all three groups consider themselves Islamic, I can imagine all hold Christianity in disdain. Ahmadis seem to be more peace oriented Sunni or Shia Islam yet they still consider Christianity a devilish religion. They just don’t embrace the convert or die principle of the two largest sects in Islam.

Here is an excerpt about Ahmadis which really began as a late 19th century movement originating in present day Pakistan but then was British ruled India:

The Ahmadis are a Muslim sect which was founded in Qadian, Punjab, in the nineteenth century. Its founder was Mirza Ghirlam Ahmad, a Muslim who claimed prophetic status as the Mahdi or Messiah, in succession to Krishna, Jesus Christ and Mohammed. The Ahmadis accept four of the five basic principles of Islam, namely prayer five times a day, the Ramadan fast, the Pilgrimage to Mecca (Haj) and alms-giving. They do not accept the fifth principle, that of the Jihad or Holy War against non-believers. Many Muslims regard them as heretics and refuse to accept them as a legitimate part of Islam.

Today Ahmadis are found all over the world but the core community is in Pakistan: estimates vary from half a million to six million people out of a total population of over 96 million, but three million to four million is the most commonly accepted figure. During British rule of undivided India many were employed in government service and after partition many crossed the border from Indian Punjab into Muslim West Pakistan, where they continued to play a prominent part in the civil and diplomatic services and in industry and commerce.

Like many successful minorities the Ahmadis attracted hostility. It was felt by many that their influence in society was … READ THE REST (Ahmadis of Pakistan; FAQs.org – World Directory of Minorities; Copyright © 2008 – Advameg Inc. – Copyright 2008 The Gale Group, Inc. All rights reserved.)

UN and U.S. wake up to protect Ahmadiyyas

ISLAMABAD: We learnt the story from The Bible, when Abram heard that his brother (Lot) was taken captive, He brought back all the goods, and also brought again his brother Lot, and his goods, and the women also, and the people. Genesis 14: 14-16 (KJV)

14 And when Abram heard that his brother was taken captive, he armed his trained servants, born in his own house, three hundred and eighteen, and pursued them unto Dan.

15 And he divided himself against them, he and his servants, by night, and smote them, and pursued them unto Hobah, which is on the left hand of Damascus.

16 And he brought back all the goods, and also brought again his brother Lot, and his goods, and the women also, and the people.

When Abram learned that Lot was a prisoner, he immediately tried to rescue his nephew. It would have been easier and safer not to become involved. But with Lot in serious trouble, Abram acted at once and rescued him. The U.S. based organization “The Human Rights Watch” reportedly asked Sri Lanka not to deport members of Pakistan’s minority Ahmadiyya community until the UNHCR had full access to them and determined their need for international protection. At least 142 Pakistanis, mostly Ahmadiyyas, arrested in police sweeps in Sri Lanka in June 2014 are being detained and are at risk of deportation, the Human Rights Watch said. “Sri Lankan authorities are threatening Pakistani minority group members with deportation at the very time when persecution of these groups is escalating in Pakistan,” said Bill Frelick, refugees’ director at Human Rights Watch.

It is good to know in the prevailing situation when the persecution on the basis of faith is reaching a high degree. A U.S. organization raised its voice to protect Pakistani minorities, but why they [did] particularly mentioned the Ahmadiyyas? Let me [be] clear [about] this; it is not the first time that U.S. people raised their voice for Pakistani minorities especially Ahmadiyyas not Christians. It’s common practice that the UN and U.S. ignore Pakistani Christians. Christians from Gojra, Kurian village, Joseph Colony, Lahore, Peshawar and other cities are seeking asylum in different countries but their applications were rejected. Despite registering with UNHCR, the UN refugee agency, these Christians have been given a shut-up call. Most of [the Christians] went [tried to go to other nations] or [are] willing [to leave], to save their lives and avoid future persecution. During the Gojra, Joseph colony and Lahore incident – [attacks on Christians], none of the survivors were given protection or IDPs [International Displaced Persons] status from UNHCR, neither [has the] U.S. has raised any voice for this poor segment of the society. On the other hand, hundreds of the Shia Hazara [Pakistan’s Shias Under Attack] community and Ahmadis are travelling to Europe, Australia, America and UK on regular a basis. Hundreds of the families were displaced during Rimsha blasphemy case and many of them are still living in tents in Islamabad slum area. They were not given the IDPs status at that time.

I have given the example of Abraham; he went there to save his nephew Lot, we as Christians are brothers. When we accept Christ as savior thus we become the sons of Abraham (father of the nations). But U.S. Christians (especially talking about the ruling class) has never been lenient towards Christians. The U. S. government and USAID have always been adding aid to the Muslim world, which means adding fuel to fire. While poor Pakistani Christians are still in pitiable conditions. In response these radical Muslims in [the] shape of Taliban are attacking [Christians]. Let me make it clear that all U.S. people are not in favor of Muslims; recently U.S.

congressman Rohrabacher has asked to ban aid to Pakistan for persecuting Christians.

Pakistani Christians have been facing discriminatory laws and persecution for the last two and half decades. The law and order situation is getting worse day by day. One can imagine; when Pakistan has failed to save its own sensitive installations from the hard-core terrorists, how come they protect the weak segment of the society when they are not even willing? The situation becomes more pathetic when the foreign office disowns refugees “detained” in Sri Lanka. Spokesperson Tasnim Aslam [Foreign Affairs Spokesperson] was unsympathetic to the plight of the detained refugees in Sri Lanka, saying: “These people (asylum seekers) obtained asylum in Sri Lanka by badmouthing Pakistan. If they are in trouble, I have no 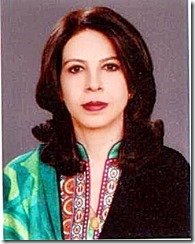 idea.” “I don’t know of any operation being conducted by Sri Lankan authorities against Pakistani refugees,” she added. [No Respite]

In this situation, Christian countries should know and realize the sensitivity of the issues Pakistani Christians are facing. UN, U.S. and EU should honor its international obligations and allow their institutions to ensure that no Pakistani Christian is deported to face the risk of persecution or torture. Sometime we must get involved in a messy or painful situation in order to help others. We should be willing to act immediately when other need our help.

All info enclosed by brackets is from the editor. All links not enclosed by links are from shamim Masih.

Editor: For Americans especially, I have discovered the best way to donate to Shamim Masih is via Western Union sending to a Western Union agent in Islamabad.