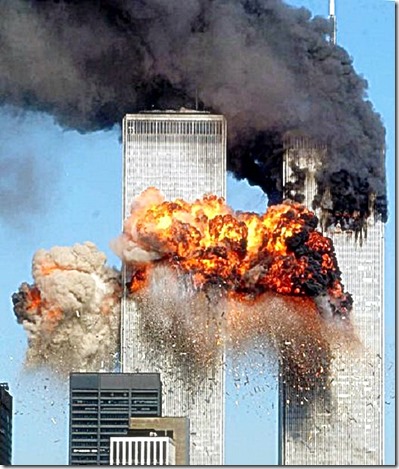 Two national Islamist organizations and other aligned Arab-American groups have hopped on the bandwagon to expunge references to “Islamic” or “Islamist” from a film about al-Qeda (sic), which will be shown at the National September 11 Memorial Museum.

The Council on American Islamic Relations (CAIR) and the Muslim Public Affairs Council (MPAC) are among the groups that called the video “ill-considered and insufficiently vetted” in a letter to museum leadership.

The signatories demand that “stereotypical” elements in the film, “The Rise of Al-Qaeda,” be addressed and … (Islamic Groups Try to Censure Free Speech at 9/11 Memorial; By John Rossomando; the algemeiner; 4/28/14 12:24 AM)

In an email sent by Brigitte Gabriel of ACT! For America she explains why CAIR and MPAC are full of bologna in their criticism of 911 Memorial Museum documentary “The Rise of al Qaeda”.

Attempting to Rewrite the History of September 11th

On May 21st, more than 13 years after the terrorist attacks of September 11th, 2001, the National September 11 Memorial Museum will open its doors to the public to make certain that Americans will never forget what happened that day.

Unfortunately, some are working to ensure that future generations of Americans never fully understand the attacks, which were the most deadly terrorist attacks in the history of the United States.

One of the exhibits in the museum will feature a 7-minute film called “The Rise of Al Qaeda.”

In that film, the Al Qaeda terrorists are referred to as “Islamists” who were waging “jihad” with the attacks upon America.

Those two words, “Islamists” and “Jihad” have caused a controversy, with a variety of critics calling for whitewashing the description of Al Qaeda and the attacks by sanitizing the museum commentary by removing those two words.

This would be a tragic mistake.

Despite the complaints, the use of the terms “Islamist” and “jihad” in no way suggest that all Muslims are terrorists or support violence. No serious analyst in his or her right mind would make such an assertion.

Nevertheless, in warfare the enemy’s reality becomes your reality, so it makes perfect sense to call Islamists “Islamists” and to call Jihad “Jihad.” After all, in World War II, Nazis were referred to as Nazis, because they themselves referred to themselves as such.

America’s enemies in the war on terror do NOT refer to themselves as “extremists,” “militants,” or “radicals.”

They refer to themselves as Jihadists and Jihadis.

Interestingly, critics on both sides of the issue seem to dislike the term “Islamist.” Apologists for organizations such as Al Qaeda and the Muslim Brotherhood claim that the term too closely identifies Islam with “extremism.” Many in the countershariah and counterjihad movement say that the term “Islamist” is a term concocted in the West that has no meaning in the Islamic world.

The first known use of the term “Islamist” came from the Ayatollah Ruhollah Khomeini, the late dictator of the Islamic Republic of Iran, the world’s foremost state sponsor of terrorism.

Khomeini said: “We are neither capitalists nor communists. We are Islamists.”

There are many different definitions listed for the term “Islamist,” but that is not the point. The point is that one of the world’s most prominent Muslim leaders coined the term to describe the revolution he led. It is entirely proper for the 9/11 museum to use the term “Islamists” to describe Al Qaeda.

The same is true for the term “jihad.” There has long been a debate about the use of the term jihad, with Muslim Brotherhood organizations such as CAIR particularly objecting to its use to describe violent warfare or terrorism.

The Muslim Brotherhood in America aims to convince Americans that Jihad only means “to struggle” or, more specifically, an internal, personal struggle.

This is only partially correct and any campaign that claims that the term Jihad only means an internal, personal struggle amounts to disinformation. The dualistic nature of Islam, in this case as it applies to the meaning of “Jihad,” is well documented both in historical Islamic doctrine and in contemporary use of the term.

And Jihad definitely does not only mean an internal, personal struggle. In fact, the most widespread meaning of the term that is of particular interest to Westerners who are threatened by Jihad does in fact entail violence.

A false and misleading statement has been attributed to the San Francisco chapter head of CAIR, Zahra Billoo:

“A common misconception of the word jihad is that it means armed struggle or holy war, and that is something that has been perpetrated by many who’ve made careers out of pushing anti-Muslim sentiment.”

Let us examine definitions of Jihad from two authoritative sources.

Jihad According to the Quran

The first is the Quran itself. In this case, specifically The Noble Qu’ran, translated into English by two scholars: Dr. Muhammad Taqi-ud-Din Al-Hilali, PhD, professor of Islamic Faith and Teachings at the Islamic University, Al-Madinah Al-Munawwarah, Saudi Arabia and Dr. Muhammad Mushin Khan of the same institution. The Noble Qu’ran was published by Darussalam Publishers and Distributors, Riyadh, Kingdom of Saudi Arabia. It has been catalogued by King Fahad National Library. On page 818, in a glossary accompanying the text of the Quran, The Noble Qu’ran provides the following definition of Jihad:

“Jihad: Holy fighting in the Cause of Allah or any other kind of effort to make Allah’s Word superior. Jihad is regarded as one of the fundamentals of Islam”

Can the Quran itself be promoting “anti-Muslim sentiment” as CAIR’s Zahra Billoo asserts?

Jihad According to Shariah

Our second source is Reliance of the Traveler: A Classic Manual of Islamic Sacred Law.

Reliance of the Traveler is one of the world’s most widely read manuals of Shariah law. It has been endorsed by a variety of Islamic authorities, including Al Azhar University in Cairo, IIIT (International Institute of Islamic Thought) in Herndon, Virginia, the Fiqh Council of North America, the Islamic Fiqh Academy in Jeddah, Saudi Arabia, the Mufti of the Jordanian Armed Forces and the Imam of the Mosque of Darwish Pasha in Damascus, Syria.

These can hardly be termed as those pushing “anti-Muslim sentiment” as Billoo claims.

On page 599 of Reliance of the Traveler, readers can find the following passage:

(O: Jihad means to war against non-Muslims, and is etymologically derived from the word mujahada, signifying warfare to establish the religion…

The scriptural basis for jihad, prior to scholarly consensus is such Koranic verses as:

and such hadiths as the one related by Bukhari and Muslim that the Prophet (Allah bless him and give him peace) said:

“I have been commanded to fight people until they testify that there is no god but Allah and that Muhammad is the Messenger of Allah, and perform the prayer, and pay zakat. If they say it, they have saved their blood and possessions from me, except for the rights of Islam over them. And their final reckoning is with Allah”;

and the hadith reported by Muslim,

“To go forth in the morning or evening to fight in the path of Allah is better than the whole world and everything in it.”

Jihad According to Terrorists

If Jihad truly means to “struggle” and not warfare to establish the religion, how does CAIR explain the names of all these terrorist organizations?

So, it is completely appropriate for the 9/11 museum to use the term “jihadist” and “jihad” to describe Al Qaeda terrorists and their activity.

We suspect that the sensitivity expressed with regard to the 9/11 museum goes way beyond the use of the terms “Islamist” and “jihad.”

The fact is, our country has never truly come to terms with the role that Islam plays in Jihadist terrorism.

It would be great if there was truly no connection whatsoever between Islam and Jihad. But the reality is Jihad is a tenet of Islam.

As previously stated, in warfare the enemy’s reality becomes your reality. It makes no difference what Americans think about the stated motivations and doctrine behind the actions of Al Qaeda. The only thing that truly matters is what the leaders and members of Al Qaeda think about why they wage warfare.

The fact of the matter is, Al Qaeda justify their actions by invoking Islam and Allah:

In the name of Allah, the Merciful, the Compassionate,

With hearts that are satisfied with Allah’s ordainment, and assured of Almighty Allah’s promise and His good reward, the Islamic umma, the mujahideen in the al-Qaeda Organization, and in other groups received the news of the martyrdom of the reviver imam, the jihadist immigrant Sheikh Osama Bin-Muhammad Bin Laden, may Allah rest his soul in peace. We pray to the Almighty Allah to raise his rank and to reward him, on behalf of us and the Muslim umma, with the best of rewards.

Since jihad is continuing until the Day of Resurrection … the General Command of the al-Qaeda Organization announces, after completion of consultations, that Sheikh Dr Abu-Muhammad Ayman al-Zawahiri, may Allah guide him to success, has taken over command of the group…

All these sins and crimes committed by the Americans are a clear declaration of war on Allah, his messenger and Muslims.

We, with Allah’s help, call on every Muslim who believes in Allah and wishes to be rewarded to comply with Allah’s order to kill the Americans and plunder their money wherever and whenever they find it.

It would be a tragic mistake if the 9/11 museum was to erase the role that their Islamic faith played in the leadership and membership of Al Qaeda’s horrific actions on September 11th, 2001.

4 thoughts on “Attempting to Rewrite the History of September 11th”