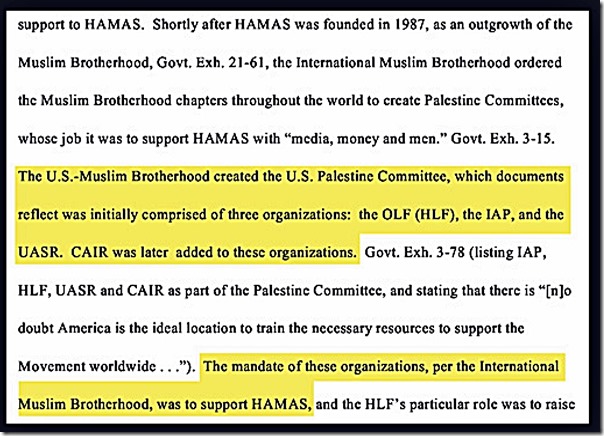 In light of the Council on American-Islamic Relations Legal Jihad against the Clarion Project’s documentary “Honor Diaries” and one of that documentary’s producers Ayaan Hirsi Ali, I thought it a good time to ask you an important question. Have you read the “Muslim Mafia: Inside the Secret Underworld That’s Conspiring to Islamize America”?

The “Muslim Mafia” is a book written by Dave Gaubatz and Paul Sperry. The source for the book is the undercover work of Chris Gaubatz the son of Dave. The purpose of the book is to expose the nefarious nature of CAIR. This is the same CAIR that promotes itself as the top Muslim human rights organization in the USA. This is the same CAIR that lies to the majority of non-Muslims in America about being a peace loving moderate Islamic representative of the – cough – true Islam and not those crazy radical Muslims that are beheading Christians, slurring Jews, abusing women including those rare – cough – Muslims that execute female Muslims in honor killings and the rape of non-Muslim women (even in the West).

The Legal Jihad CAIR is operating against the documentary “Honor Diaries” is nothing new. CAIR has operated in such hypocrisy numerous time in their history as an agent of the Muslim Brotherhood agenda for North America. I’ll spare you the list of people and organizations CAIR has been involved in efforts to shut-up critics Islam. However, it is time to highlight CAIR’s ongoing litigation against the Gaubatz family so instrumental in exposing the radical Muslim group’s nefarious activities.

CAIR is suing Dave and Chris Gaubatz for infiltrating their organization to get the dirt in CAIR’s own documentation. Remarkably this litigation if won by CAIR would lead to the destruction of unsold copies of the well sourced book the “Muslim Mafia.”

Over the past couple of years WorldNetDaily has (hopefully) generously acted as a conduit to send out a donation request from Dave Gaubatz’s wife Lorrie Gaubatz asking for money her husband’s and son’s defense fund to keep fighting CAIR’s efforts to cripple the Gaubatz family via costly litigation. You can those near identical requests in which I posted on the dates March 13, 2012 and August 17, 2012. I would it is a good guess that Mrs. Gaubatz has sent out regular requests because that I either ignored because of the similarity or missed. Today on April 11, 2014 I received anther email with the same wording as the two 2012 legal fund requests.

Here are the relevant links to give support to the Gaubatz Legal Defense Fund:

Purchase $25.00 electronic version of the “Muslim Brother” of which the (probably at least a portion) goes to the Legal Defense Fund

The above link has a video of Lieutenant General William G. “Jerry” Boykin (retired) endorsing the “Muslim Mafia”. Below is the Youtube version of WND Super Store video:

It proves the Council on American-Islamic Relations (CAIR) to be a subversive organization allied with international terrorists.

The book is based on a six-month undercover investigation of the Washington-based CAIR by Chris Gaubatz — son of co-author Paul David Gaubatz — who posed as a convert to Islam. The book uses documents Chris Gaubatz obtained as a CAIR intern to prove the book’s assertions that CAIR is a front for the Muslim Brotherhood, and that CAIR supports international jihad against the U.S.

The book prompted endorsements from a number of writers and requests by members of the United States Congress for investigations into CAIR’s terrorist links and undue influence.

Below is the closest update to what is actually going on between CAIR v. Gaubatz family.

Islamic-Based Sleeper Cells in the U.S. and Israel and the Prevention of More Islamic-Based Terrorist Attacks – Islam Exposed 3/21/14

(CN) – A Muslim-American group can press some, but not all, of its claims against the men who allegedly spied on it and then wrote a book based on stolen records, a federal judge ruled.

The Council on American-Islam Relations accused David Gaubatz of directing Chris Gaubatz, his son, to infiltrate the group for his book, “Muslim Mafia: Inside the Secret Underworld That’s Conspiring to Islamize America” and a related film project.

To gather material for these efforts, Chris Gaubatz applied for an internship, identifying himself as David Marshall, a Muslim student at Ferrum College whose father worked in construction, according to the complaint.

The council said Chris Gaubatz signed confidentiality and nondisclosure agreements as David Marshall. During the internship, Chris Gaubatz routinely filled the trunk of his car with boxes of sensitive documents, the group claimed.

David Gaubatz reproduced at least 19 of these documents in whole or in part in the “Muslim Mafia” book, the council said.

Documents, emails and company memos also appeared on his blog, along with audio and visual recordings that he made of private council meetings, according to the complaint.

U.S. District Judge Colleen Kollar-Kotelly dismissed several of the council’s claims in September 2012, and did so again in considering the parties’ latest cross-motions for summary judgment.

While she dismissed most of the council’s claims against peripheral parties named in the amended complaint (those who were initially identified as John Does in the original filing, including the Society of Americans for National Existence and its president, David Yerushalmi), Judge Kollar-Kotelly said there is still a live controversy over whether Chris Gaubatz violated the federal and D.C. Wiretap Acts.

The plaintiffs insist that he did, while the defendants claim the recordings he made with a button microphone and camera are protected by the one-party consent rule.

Broadly speaking, federal and many state wiretapping statutes permit recording if one party to a conversation or phone call – including the person doing the recording – consents to that recording.

That protection becomes moot, however, if the conversation has been recorded to deliberately advance a violation of the law.

In this case, Kollar-Kotelly noted, “the parties disagree as to whether Chris Gaubatz was a party to all of the communications he intercepted.” The plaintiffs cite four specific instances in which Gaubatz recorded conversations in which he was not participating.

In the case of at least one recording she reviewed, Kollar-Kotelly said Gaubatz was not a party to the conversation and stood behind an individual speaking on the phone. Given the circumstances, “it is not clear from the video or from any other facts in the record whether Chris Gaubatz’s presence would have been apparent to this speaker, or if Chris Gaubatz was instead acting as an ‘unseen auditor’ to whom the one-party consent rule would not apply,” the judge wrote.

Based on this lack of clarity, Kollar-Kotelly declined to grant summary judgment to either party regarding this specific recording.

As for the others, the judge found that the one-party consent rule may or may not apply, depending on whether the communication was intercepted for the purpose of committing a criminal or tortious act.

That can only be determined by further review of just what Chris Gaubatz believed or knew his obligations to the council were.

The Muslim-American group claims Gaubatz breached his fiduciary duty to it, violating a confidentiality agreement he read, if not signed, when he was hired to work as an intern.

Gaubatz argues that he was an unpaid intern with no written employment contract, so his obligations could not rise to the level of a fiduciary.

“The question of whether Chris Gaubatz understood himself to be bound by and violating a duty of confidentiality and non-disclosure in recording conversations from plaintiffs’ offices is a factual dispute appropriately resolved by a jury,” Kollar-Kotelly wrote.

“If he did, his interception of conversations at CAIR-F, even in cases where he was a party to the conversation, would not be protected by the one-party consent rule. Accordingly, the court will deny summary judgment to both parties,” she wrote.

Kollar-Kotelly dismissed claims that third parties who received pilfered documents violated the federal Stored Communications Act, but said it remains to be determined whether Chris Gaubatz violated the law.

In moving the case forward, the judge also expressed irritation with the plaintiffs, who she says “have thus far been frustratingly unclear as to the injuries at issue for each of the claims.”

The result, she said, is that the defendants “appear to be guessing at what injuries and which damages theories plaintiffs are asserting for each of these claims, which provides no further assistance to the court.”

To clarify this, Kollar-Kotelly directed the parties to present the court with more focused and specific briefings, setting out “in clear terms with citations to the record for each of the remaining claims, the conduct underlying this claim, the injury proximately caused by this conduct, and the theory of damages associated with this injury.”

Courthouse News Service is a nationwide news service for lawyers and the news media. Based in Pasadena, California, Courthouse News focuses on civil litigation, from the date of filing through the appellate level. Unlike other Internet-based publishers that simply aggregate information prepared by other content providers, Courthouse News publishes its own original news content prepared by its staff of reporters and editors based across the country.

Courthouse News produces a variety of news publications. The home page of its Internet web site, www.courthousenews.com, is updated daily and features original news reports and commentary about civil litigation and issues impacting the judiciary. These reports are prepared by Courthouse News own reporters and editors, and are often accompanied by links to the underlying documents themselves, most often copies of actual civil court filings. This synthesis of information, analysis and original source documents is a relatively recent innovation in news reporting but is certainly not unique to Courthouse News. Freed from the space constraints of the printed page, newspaper web sites and other Internet-based publishers are increasingly supplementing their original content with links to public records and other documents that are the basis for, and help explain, that content. The web site receives an average of nearly one million unique visitors each month. Recent editions of … READ THE REST