This last section I am posting is about Global Warming (eco-Marxists) that plan to use the Climate Change theme to institute a world government.

Here is the seventh Installment from Global Watch Special Report 2011.

Copenhagen: World Government Setback or Part of the Plan 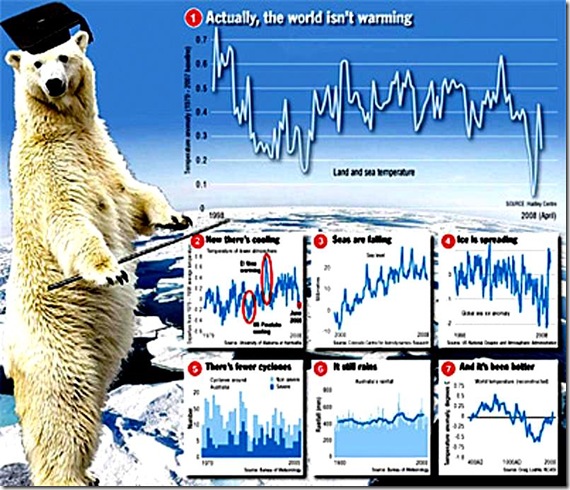 Lord Christopher Monckton. The former adviser to Margaret Thatcher gave an address during the Minnesota Freemarket Institute Conference at Bethel University in St. Paul, Minnesota, in early November 2009. For the first time, the public heard about the 181 pages, dated Sept. 15 that comprised the United Nations Framework Convention on Climate Change— a rough draft of what could was supposed to be signed during the December Copenhagen global climate event…

Lord Monckton himself only became aware of the extraordinary powers to be vested in this new world government when a friend found an obscure U.N. Web site and searched through several layers of hyperlinks before discovering a document labeled as a “Note by the Secretariat.” Here are some excerpts of Lord Monckton’s closing speech, as transcribed by Fighting’ Words Blog, from the audio recording of the conference:

“At [the 2009 United Nations Climate Change Conference in] Copenhagen, this December, weeks away, a treaty will be signed. Your president will sign it. Most of the third world countries will sign it, because they think they’re going to get money out of it. Most of the left-wing regime from the European Union will rubber stamp it. Virtually nobody won’t sign it.

I read that treaty. And what it says is this, that a world government is going to be created. The word “government” actually appears as the first of three purposes of the new entity. The second purpose is the transfer of wealth from the countries of the West to third world countries, in satisfaction of what is called, coyly, “climate debt” – because we’ve been burning CO2 and they haven’t. We’ve been screwing up the climate and they haven’t. And the third purpose of this new entity, this government, is enforcement.

How many of you think that the word “election” or “democracy” or “vote” or “ballot” occurs anywhere in the 200 pages of that treaty? Quite right, it doesn’t appear once. So, at last, the communists who piled out of the Berlin Wall and into the environmental movement, who took over Greenpeace so that my friends who funded it left within a year, because [the communists] captured it – Now the apotheosis as at hand. They are about to impose a communist world government on the world. You have a president who has very strong sympathies with that point of view. He’s going to sign it. He’ll sign anything. He’s a Nobel Peace Prize [winner]; of course he’ll sign it.”

However contrary to Lord Monckton’s assertion, no treaty was signed at Copenhagen yet some fundamental new realities about global power shifts in the world, and the role of Obama’s America in the new order emerged from the event. In a new upcoming report we will devote a significant portion to unraveling the events of Copenhagen and why a Global Treaty was deferred against the expectations of Lord Monckton.

This concludes the sections I siphoned from http://www.globalreport2010.com/. You should go to the PDF to view a brief introduction by Nancy Sutherland that encourages readers to sign up for the weekly Global Report. There is also an advertisement at the end that I have not included here from Rema Marketing about a series of publications called the Holy War Series.

§  The Conspiracy of World Elites

§  From Obscurity to President in 24 Months

§  Book Review: Last of the Giants