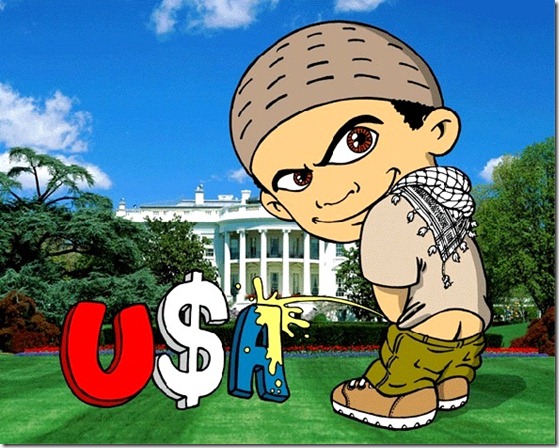 There is a Stealth Jihad occurring in America that uses America’s Constitution as interpreted by Leftist “Living Constitution” interpreters to erode the Bill of Rights by allowing the unconstitutional practices of Islam’s Sharia Law to be accepted in this nation. If one stands against Islam then Muslim apologists and dhimmicrat Leftist diverse multiculturalists will label that one a racist Islamophobe.

I personally have nothing against any people practicing Islam; however I have a huge amount of antipathy for the religion of Islam on two grounds:

1.  I am a Christian and as such I view Islam as an anti-Christ religion that denies not only the Three-Persons in ONE God Trinity, but also denies the Sonship of Christ Jesus.

2.  Islamic Supremacism erodes every freedom America’s Constitution provides every American for Life, Liberty and the Pursuit of Happiness first penned in the Declaration of Independence.

Whenever you hear or read about a Muslim or Muslims desiring a special dispensation to live by Sharia Law, it is a witting or unwitting desire to do away with the rule of law as defined by the U.S. Constitution. Many Muslims and Leftists will immediately jump on my case with the accusation of bigoted racism. I have to ask though: Is supporting my faith and my nation’s Constitution bigoted racism or American patriotism?

If you think it is American patriotism then take a stroll through the ACT for America website. Act for America is in the forefront to take on political correctness and enable Americans to stand up to the anti-Americanism that is inherent in Sharia Law. Brigitte Gabriel’s ACT for America has been setting up local grassroots chapters in cities across America to rally education on the nature of Islam. Friends this is not racism. The local chapters are a conduit to stand up to the often well financed otherwise obscure Islamic Mosques or so-called American-Muslim organizations that publicly tell us they are for a moderate Islam yet verbally and monetarily support foreign radical Muslims.

ACT for America has been properly riled by the recent decision of Tulsa, OK’s Police Chief Charles (Chuck) Jordan demanded that Tulsa Police Officers attend a Law enforcement Appreciation Day at the Islamic Society of Tulsa Mosque. One Officer, Captain Paul Fields, stood up for his First Amendment rights and refused to attend. Fields’ refusal to attend was based on the fact that the Islamic Society of Tulsa publicly proclaimed that proselytizing would occur at the so-call Law Enforcement Appreciation Day. In other words, TPD Officers were forced to participate in an event in which a Muslim sermon would be delivered for the conversion of non-Muslims to Islam.

Fields’ refusal to attend was penalized with two weeks suspension WITHOUT pay. Can you imagine that? Captain Fields was penalized for not wanting to be proselytized by Islam. This has to be a violation of the First Amendment, right?

Paul Fields has become the poster child to garner grassroots support on a local basis for Americans not to be bullied to yield to Islam against their will. Check out this email I received from ACT for America on how grassroots efforts won a victory in Minnesota.

View Dick Morris video, where he refers to ACT! for America!

As you know, ACT! for America has begun a national grassroots effort on behalf of Captain Paul Fields, the Tulsa police captain demoted and suspended for refusing to attend an Islamic proselytizing event.

If you haven’t yet read the WorldNetDaily story on this, see below (SlantRight Editor: You can view same WND article at another ACT for America email HERE).

This is the first phase of a broader effort we plan to implement over the next several weeks to put pressure on the appropriate officials in Tulsa.

So what does this have to do with a Minnesota sharia-compliant mortgage program?

View this six minute Dick Morris video to learn the details. (At about 4:20 Morris begins talking about ACT! for America.)

ACT! for America chapters and members in Minnesota, in a determined grassroots campaign, helped shut down this sharia-compliant mortgage program.

This is one more ACT! for America grassroots success we are proud to report! If we can do this in Minnesota, we can make our voice heard in Tulsa!

Join 190 other followers
Follow The NeoConservative Christian Right on WordPress.com